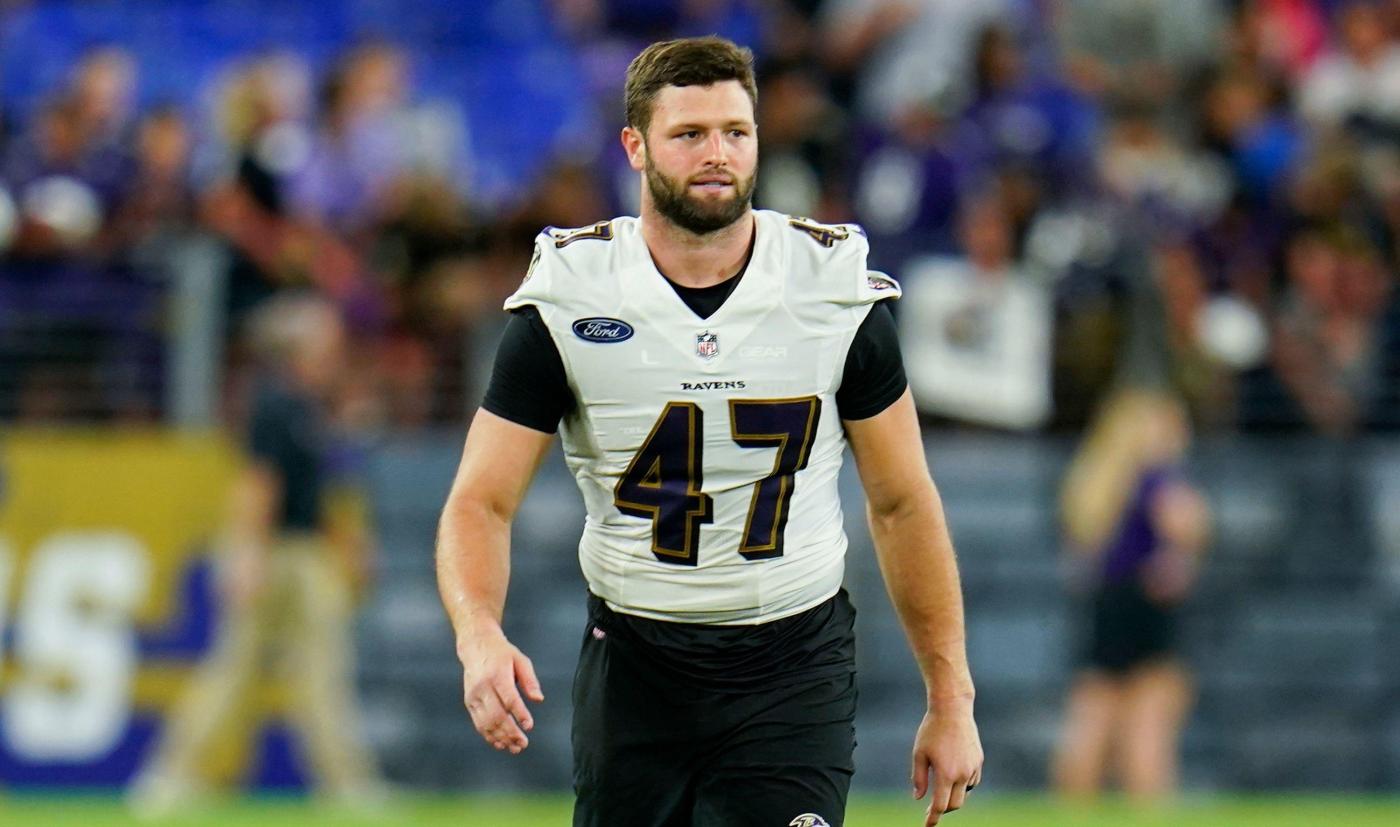 Biegel was carted off the field near the end of practice after he “just leaned the wrong way,” Harbaugh said, in a two-on-two drill. As trainers helped him off the cart, Biegel appeared unable to put any weight on his right foot.

This is the second season-ending injury in three seasons for Biegel, 29, who’d earned first-team repetitions in camp. He tore his left Achilles tendon in August 2020 while with the Dolphins. He played in five games last season for Miami, and signed a one-year, $1 million deal with the Ravens in May.

The former fourth-round pick had impressed coaches in Baltimore with his versatility, lining up as an off-ball linebacker and edge rusher, and his pass-rush motor. Biegel’s injury is the first significant setback of camp for a Ravens team looking to scale back last year’s health troubles.

“Vince was fighting to make the team, and I think he would’ve had a great chance to make it because he’s just a solid, tough, talented guy who does everything exactly right as hard as he can,” Harbaugh said. “So that’s where we’re at.”

Linderbaum’s scheduled to undergo an MRI, but X-rays on his foot came back negative, and Harbaugh said that “all indications are, it’s nothing serious at all.”

Harbaugh said Linderbaum had his foot stepped on during an 11-on-11 running drill about an hour into practice and “came up a little sore.” The first-round pick was slow to get up but walked back to the offensive sideline under his own power. A couple of minutes later, Linderbaum slowly walked back to the facility with an athletic trainer and did not return.

The No. 25 overall pick is expected to open the season as the Ravens’ starting center.

Chicago Bears Q&A: How will the Roquan Smith situation be resolved? Would Will Fuller be a good fit at WR?

The Chicago Bears open the preseason in three days against the Kansas City Chiefs at Soldier Field. Linebacker Roquan Smith won’t be in uniform as he continues his hold-in — now with a trade request. Smith’s situation, naturally, is the top question in Brad Biggs’ weekly Bears mailbag. How will the Roquan Smith situation be […]

ATLANTA — The Mets will likely play their next month of games without an essential piece of their infield. Luis Guillorme, who left Sunday’s game with groin tightness, has officially been diagnosed with a moderate strain in that left groin. The Mets gave a four-to-six week estimate for his return. Deven Marrero, a 31-year-old right-handed […]

By JIM HEINTZ KHIMKI, Russia (AP) — U.S. basketball star Brittney Griner was convicted Thursday in Russia of drug possession and sentenced to nine years in prison following a politically charged trial that came amid soaring tensions between Moscow and Washington over Ukraine and could lead to a high-stakes prisoner exchange between the two world […]