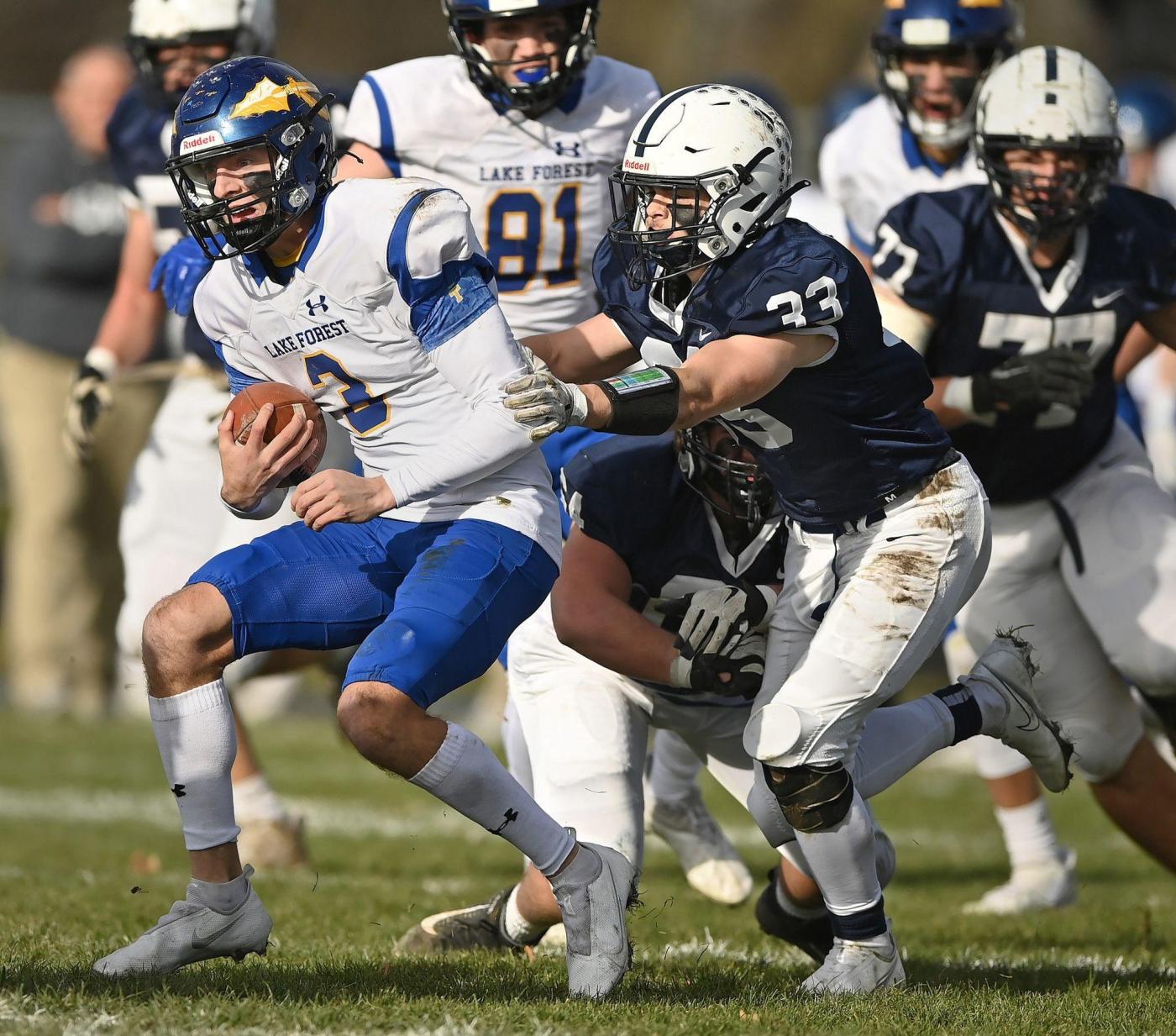 The principal of Cary-Grove High School has issued a statement of apology following a recent football playoff game against Lake Forest High School where there were fan chants of “Fire Nagy,” referring to Chicago Bears head coach Matt Nagy — who is also the father of boys on the Lake Forest team.

On Tuesday, Principal Neil Lesinski issued a statement on the school’s Twitter account regarding the chant that broke out Nov. 20 as Cary-Grove defeated Lake Forest 40-7 in a Class 6A state semifinal.

“As the school principal, I want to apologize to the Lake Forest student-athlete and his family for the disrespectful chant. I also want to congratulate the Lake Forest Scouts on a great season, and we hope to have the opportunity to compete with them again,” he said.

Matt Nagy attended the game “to be a dad,” he said in unrelated news conference Tuesday, since two of his sons are listed on the Lake Forest roster.

After the weekend game, video of a portion of the crowd surfaced on social media chanting “Fire Nagy,” as fans some are frustrated with the Bears team’s performance so far this season.

While not naming Nagy, Lesinski, in the statement on social media, acknowledged that members of the Cary-Grove student body started targeting a parent of one of the Lake Forest team members and the child’s family.

“On behalf of Cary-Grove High School, I want to assure our community that the chant was not acceptable nor appropriate and immediately addressed by administration at the game. We also felt it was important to meet with our student superfans that lead our chants and cheers to talk about what happened and give them the opportunity to reflect and connect their actions,” Lesinski wrote.

The principal continued: “It is our number one goal to instill in our students a sense of pride in their school and sports teams, and we work hard to teach them to demonstrate that pride in a positive, encouraging and supportive way. We hope to learn from this situation, and we have taken steps to ensure this does not happen again,” Lesinski wrote.

“We are grateful that the Cary-Grove administration has taken this seriously and immediately addressed it with their fans and student body,” Lenart wrote. “We appreciate their efforts and remain steadfast in our commitment to the safety and wellbeing of all of our students. Go Scouts!”

Nagy addressed the issue at the Bears news conference Tuesday, telling reporters he did not hear the chant.

“When I’m in the role I’m in, you have to be able to understand where people are coming from and how they react and don’t react,” Nagy said. “I was there to watch my son play a football game. I was there to be a dad. It was a pretty cool time.”

He said he was approached by some Cary-Grove youth football players after the game for pictures and they all said, “please …read more

Ravens gameday portal: Live updates, everything you need to know during Sunday’s game vs. Bears

Avalanche center Nathan MacKinnon has resumed skating in his recovery from a lower-body injury in which he was expected to miss three weeks. MacKinnon, who suffered his injury Nov. 6 at Columbus, skated in a red non-contact sweater with defenseman Bo Byram and forward Martin Kaut before Colorado’s full practice on Sunday. MacKinnon appeared to […]