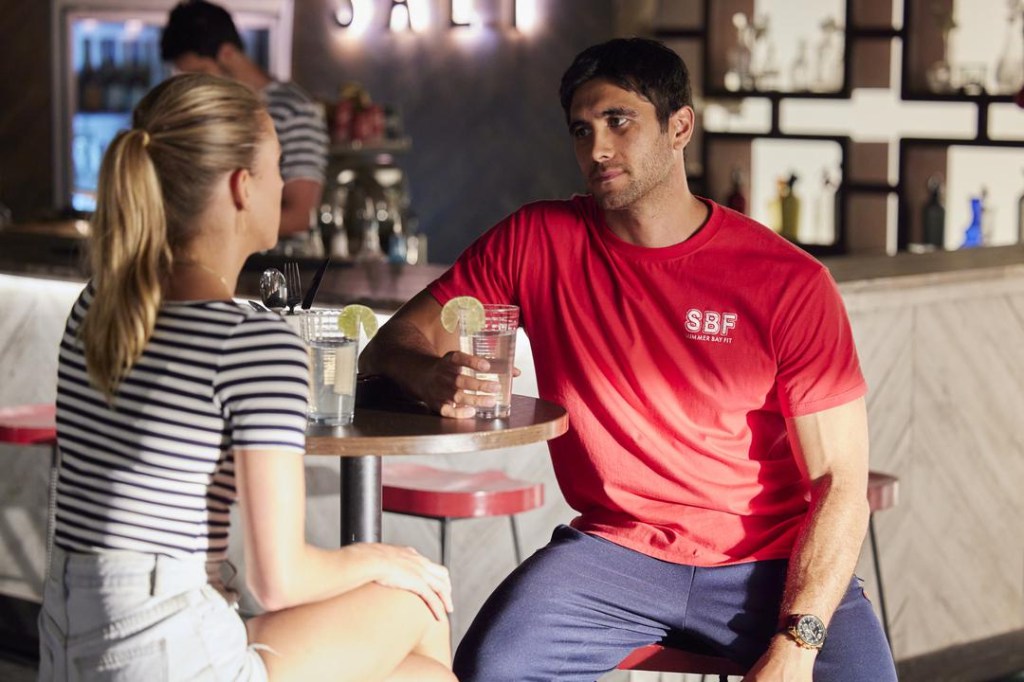 putting on a brave face and falling apart, and Tane (Ethan Browne) trying his best to keep the splintered family together. However, Chloe constantly being at the Farm House is beginning to grate on Dean (Patrick O’Connor), who confronts Tane – why is Chloe avoiding her own home?

Tane doesn’t take kindly to his ex’s boyfriend implying that he’s letting the family go astray, but Dean is keen to get some boundaries in place so that Bella can get her own life back. Ziggy (Sophie Dillman) warns Dean to back off, but Dean says that not only does Bella need Chloe to go home, Mia also needs to reconnect with her daughter.

Later, Mackenzie (Emily Weir) shows up in the caravan park, where Felicity (Jacqui Purvis) and Tane are half-dressed. An impromptu work meeting ensues, and Tane is booted out, laughing. The pair make plans to spend the night in Salt that evening, but their evening is cancelled when Mia calls him sounding distressed – her reunion with Chloe didn’t go well.

Mia is frustrated about her inability to get through to Chloe, who is burnt out emotionally. She says she is grateful that Tane has stepped up to help the family, and describes him as her rock. Meanwhile, Felicity runs into Cash (Nicholas Cartwright) and they joke that they feel like strangers. They take the time to catch up and Felicity vents about Tane’s demanding schedule with his family.

That night, Tane is doing the washing up when Felicity appears at the door. She’s decided to surprise him and he’s delighted. She says they can keep their late-night rendezvous a secret, and Tane is all too happy to oblige. However, their steamy session on the sofa is barely underway when Mia appears in the hallway, sleepwalking. As Tane rushes to help her back to bed, Felicity is clearly struggling to cope with her boyfriend’s obligations. Could this be it for Felicity and Tane?

To view this video please enable JavaScript, and consider upgrading to a web browser that supports HTML5 video Carol Kirkwood has a wedding to plan after announcing her engagement to her mystery boyfriend. However, it’s not her first time down the aisle with the TV star being previously married.  The weather presenter gave BBC Breakfast […]

Phillip Schofield praises ‘amazing’ Jake Daniels after Blackpool footballer comes out as gay: ‘Hats off to you’

To view this video please enable JavaScript, and consider upgrading to a web browser that supports HTML5 video This Morning host Phillip Schofield has spoken of his ‘hope’ after Blackpool footballer Jake Daniels became the first male professional footballer in England to come out as gay in 32 years. Phillip returned with Holly Willoughby for […]