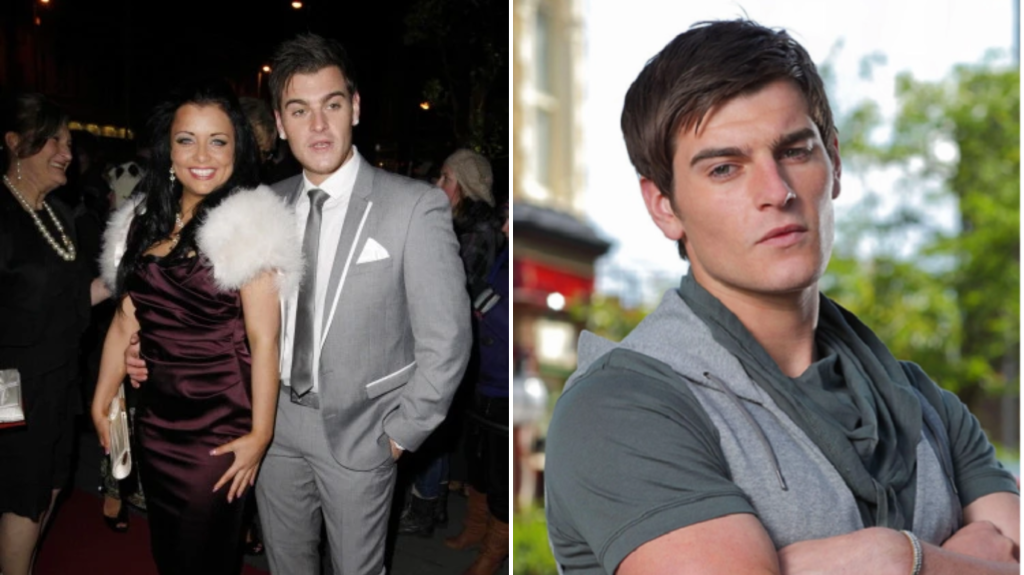 EastEnders star Matt Lapinskas has revealed that he’s the ‘happiest he’s ever been’ right now, years on from his split from Shona McGarty.

The Anthony Moon star dated Shona, who plays Whitney Dean, during his time on the BBC One soap, with the relationship very much in the public eye.

The couple split up in 2013, shortly after Matt’s departure from the Square and his stint on Dancing On Ice, where he finished runner-up with professional skating partner Brianne Delcourt.

‘You have exes, you live, learn and move forward,’ said Matt in a new chat with the Daily Star. ‘Shona is still doing well, she is still in EastEnders and smashing it.’

‘I wish nothing but the best for everybody and everyone teaches you something in life.

‘It’s one of those things where stuff happens but you grow and learn from it.’

Matt appeared in EastEnders as Anthony Moon between 2011 and 2012 (Picture: BBC)

‘It’s 10 years ago now, its water under the bridge, me and Brianne, we got together and we split. Since then, we still chat and she’s very happy, she’s married, she’s got kids and I think that’s amazing. But I was surrounded by good people, Brianne was one of them.’

Matt confirmed that he’s in a relationship right now, adding that it’s the ‘happiest he’s ever been’.

The 33-year-old appeared on Hollyoaks last year as Alex, a dastardly trickster who befriended Luke Morgan (Gary Lucy) in Mallorca, who was out to con him out of his belongings.

‘I spoke to the producers [about Alex’s future],’ he told Metro.co.uk at the time. ‘It went really well so there was talk about it in the future.’

MORE : EastEnders spoilers: Jay Brown and Billy Mitchell stunned as they discover what Lola Pearce is hiding on her phone

Winter Love Island 2023 cast on Instagram: How to find this year’s singletons on social media

Who are your favourites from this year’s cast? (Picture: ITV) Winter Love Island 2023 is now well underway and with drama and tantrums galore kicking off in the villa, many of us will have already grown attached to this year’s islanders. If you want to get an insight into what life is like outside the […]

The Masked Singer fans convinced Glee’s Amber Riley is Jellyfish: ‘That voice just does it for me’

The Masked Singer fans believe they know exactly who Jellyfish is (Picture: ITV) She might have only just won the US version last month, but The Masked Singer UK fans are convinced Glee star Amber Riley is behind the Jellyfish mask. The fourth season of the reality singing competition returned to our screens earlier this […]