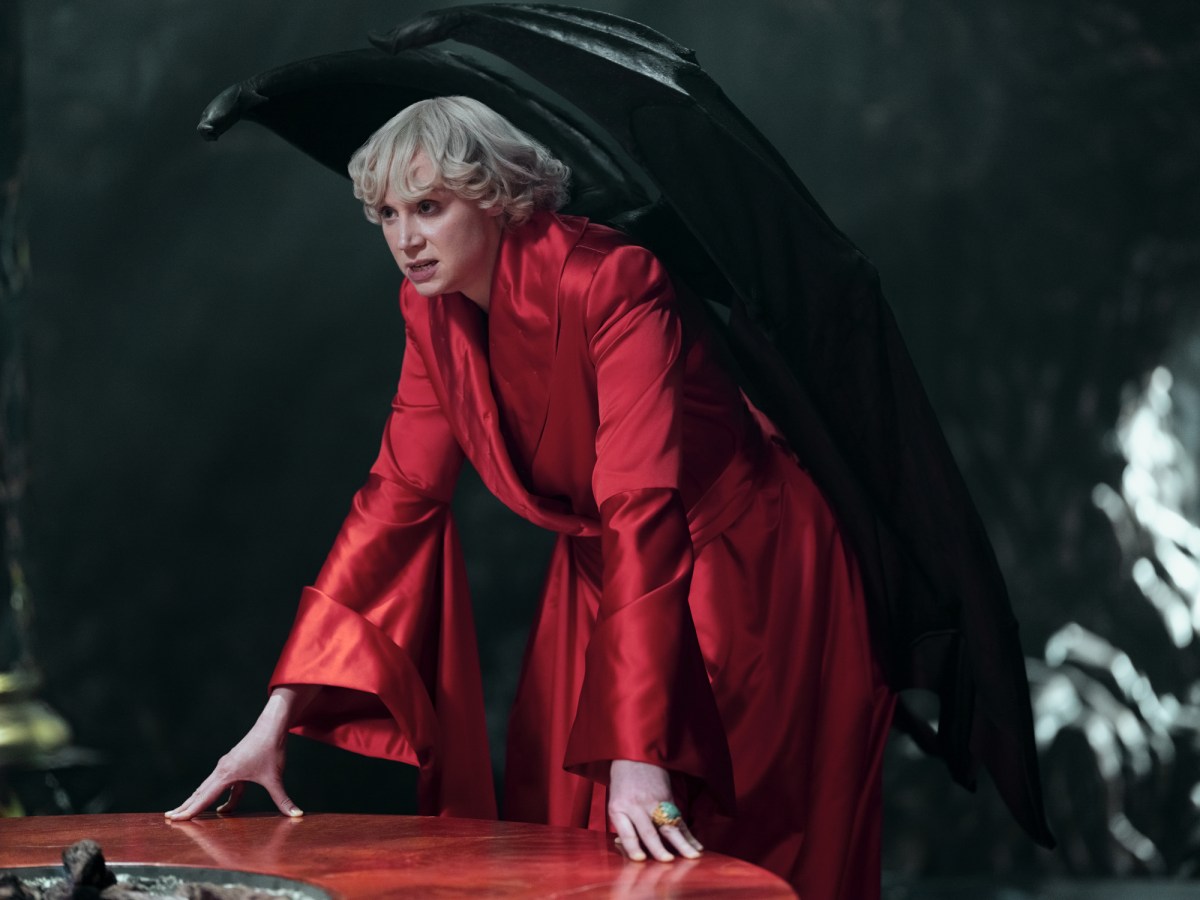 The Sandman premiered on Netflix on Aug. 5, introducing viewers to Tom Sturridge’s Morpheus and the large cast of characters he comes into contact with. Among them is Lucifer Morningstar, another one of the Endless and the ruler of the show’s version of Hell. Those watching The Sandman may recognize Lucifer actor Gwendoline Christie, and there’s a good reason for that. She appeared in HBO’s Game of Thrones, as well as the Star Wars sequels.

That’s right, actor Gwendoline Christie brings Lucifer Morningstar to life in Netflix’s adaptation of The Sandman. Christie offers a nuanced take on the character, who is one of Morpheus’ siblings — not that it helps the pair get along any better.

Lucifer appears for the first time in The Sandman Season 1 Episode 4, “A Hope in Hell,” during which Morpheus pays a visit to his sibling. One of the demons residing in her realm stole his Helm of State. And before it’s returned to him, he and Lucifer partake in a duel of sorts.

The pair’s interactions in episode 4 make it clear that there’s some bitterness between Lucifer and Morpheus. Lucifer resents that the Lord of Dreams won’t ally with the forces of Hell. And their exchanges are delightfully tense, speaking to both actors’ talents.

During an interview with Total Film (via GamesRadar), Christie recalled filming Morpheus and Lucifer’s relationship opposite of Tom Sturridge. According to The Sandman star, it was an optimal experience all around:

“I think we really loved playing those scenes. So, it was all about listening to Tom and reacting to it. We had a brilliant director, Jamie Childs, who wanted to push things as far as possible. We had different ideas for our performances in terms of the emotionality or how far we wanted to take it, and he was really willing to go there with us. It was a surprising and joyous, collaborative experience… in Hell.”

Hopefully, we’ll see more of these two together if The Sandman Season 2 is greenlit. In the meantime, those watching season 1 may find themselves wondering where they’ve seen Christie before.

RELATED: ‘The Sandman’ Review: A Stunning Slow Burn of a Netflix Series

Gwendoline Christie’s performance as Lucifer Morningstar is one for the books, but it’s far from the only iconic role the actor has held. So, where might viewers recognize Christie from? The most likely answer is HBO’s Game of Thrones.

Christie portrayed Brienne of Tarth in the beloved fantasy series, going from an outcast in Renly Baratheon’s (Gethin Anthony) inner circle to a fully fledged knight and the Lord Commander of the Kingsguard. It’s quite the glow-up, and Brienne’s journey rendered …read more

When Ron King opened a donkey sanctuary in Mendocino County, he had no idea he’d be running a maternity ward and working on a reality television show about rescued donkeys. In the past year, King and his small crew at the rescue and rehome non-profit, Oscar’s Place, have delivered 14 foals with three more coming […]

SAN FRANCISCO — Two months ago, the Giants would have considered their rally over, kaput and done with if faced with the same situation that presented itself Monday night. There were two runners on base, one out and Joey Bart was stepping to the plate. On Monday, after a demotion to Triple-A, an overhaul of […]

‘The Bold and the Beautiful’: Fans Think Steffy Wasn’t Dressed Like a Grieving Widow