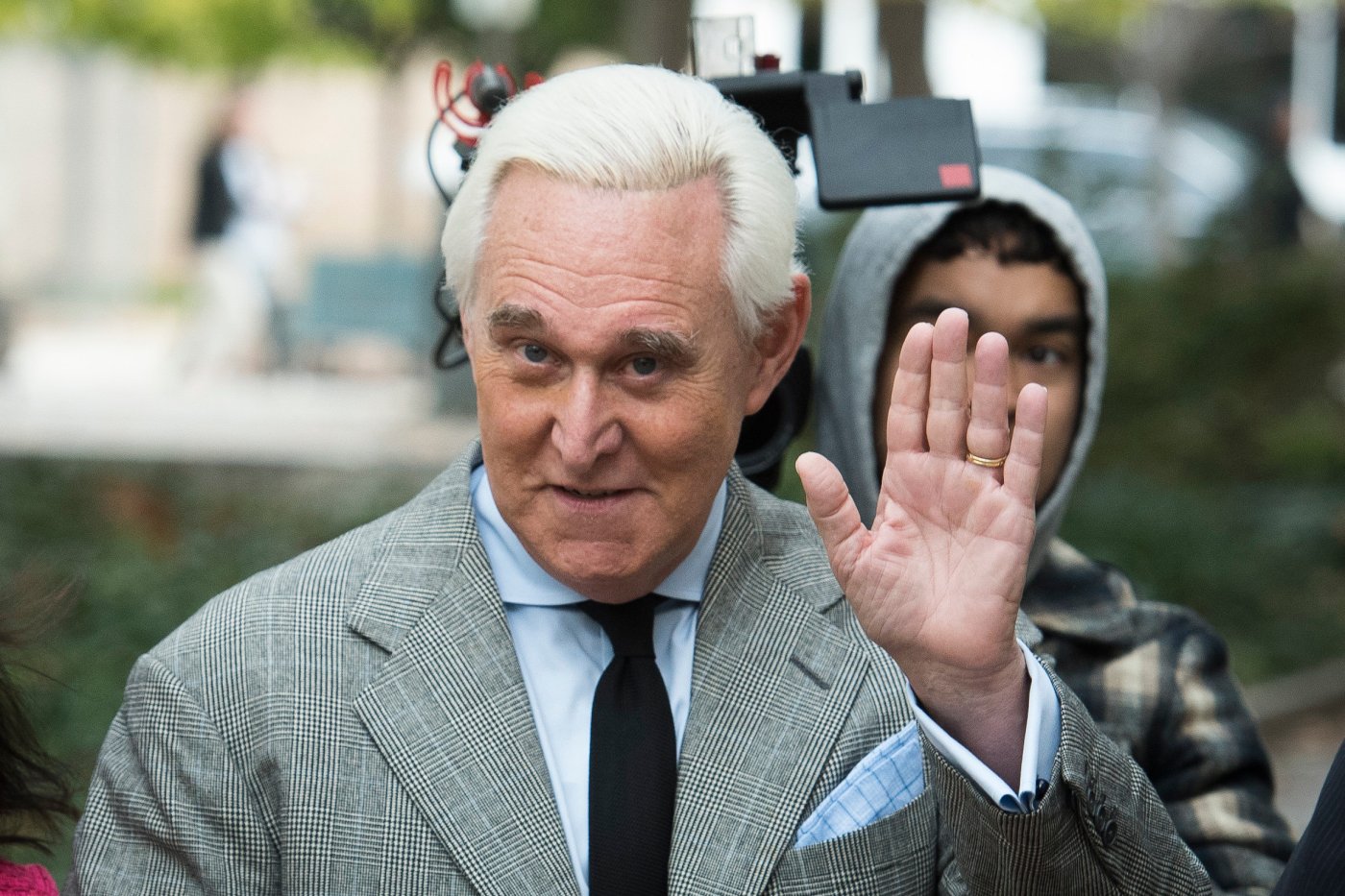 It is an internet battle cry: Stop the Steal has swept across inboxes, Facebook pages and Twitter like an out-of-control virus, spreading misinformation and violent rhetoric — and spilling into real life, like the protest planned for DC this weekend.

But while Stop the Steal may sound like a new 2020 political slogan to many, it did not emerge organically over widespread concerns about voting fraud in President Donald Trump’s race against Joe Biden. It has been in the works for years.

Its origin traces to Roger Stone, a veteran Republican operative and self-described “dirty trickster” whose 40-month prison sentence for seven felonies was cut short by Trump’s commutation in July.

Stone’s political action committee launched a “Stop the Steal” website in 2016 to fundraise ahead of that election, asking for $10,000 donations by saying, “If this election is close, THEY WILL STEAL IT.”

He first trotted out the slogan during the 2016 primaries — claiming a “Bush-Cruz-Kasich-Romney-Ryan-McConnell faction” was attempting to steal the Republican nomination from Donald Trump — before re-upping Stop the Steal for the general election.

“Donald Trump thinks Hillary Clinton and the Democrats are going to steal the next election,” his website said that October.

Stop the Steal briefly resurfaced around the midterms in 2018 — with Republicans employing the hashtag during a recount in a neck-and-neck Florida race for U.S. Senate — but it wasn’t until 2020 that it really caught fire.

A Stop the Steal Facebook group was managed by a loose coalition of right wing operatives, some of whom have worked with former Trump adviser Steve Bannon. The group amassed hundreds of thousands of followers in little more than a day before Facebook shut it down on November 5 — the day after it was launched.

Also on November 5, Bannon started his own “Stop the Steal” Facebook group; he changed the name to “Own Your Vote” the following day. It was not removed by Facebook, but the social media company did later remove several other pages affiliated with Bannon.

“We’ve removed several clusters of activity for using inauthentic behavior tactics to artificially boost how many people saw their content,” said Andy Stone, a Facebook spokesman. “That includes a group that was originally named Stop the Steal, which later became Gay Communists for Socialism and misled people about its purpose using deceptive tactics.”

Spinoff pages sprung up soon after like brush fires, with Facebook struggling to quickly snuff out the spreaders of bogus information.

All the while, Roger Stone and Bannon have been in full disinformation mode. Stone has appeared on the show of far-right radio commentator Alex Jones to trumpet groundless claims that Biden is trying to steal the election; Bannon is echoing similar conspiracy theories on his podcast, calling the election “a mass fraud.”

Despite efforts by Facebook to shut down the misleading content, it was too late. The cluster of …read more

Dear Abby: She’s not the cancer-battling type, but he won’t accept that

DEAR ABBY: My 63-year-old mother has recently been diagnosed with stage-4 metastatic lung cancer. Even prior to her diagnosis she was a negative and depressed person. She has been a smoker, drinker and backseat driver for almost 50 years. Jeanne Phillips  She has undergone intense radiation but is refusing to take her chemo pill. In […]

Jennifer Van Wegen’s passion for her hometown of Pleasanton is evident the moment she starts talking. History buff Jennifer Van Wegen’s new office reflects that fascination — it was built in the late 1880s and remodeled around 1937.  It’s no wonder she’s thrilled to open the new Iron Horse Real Estate office on the city’s […]