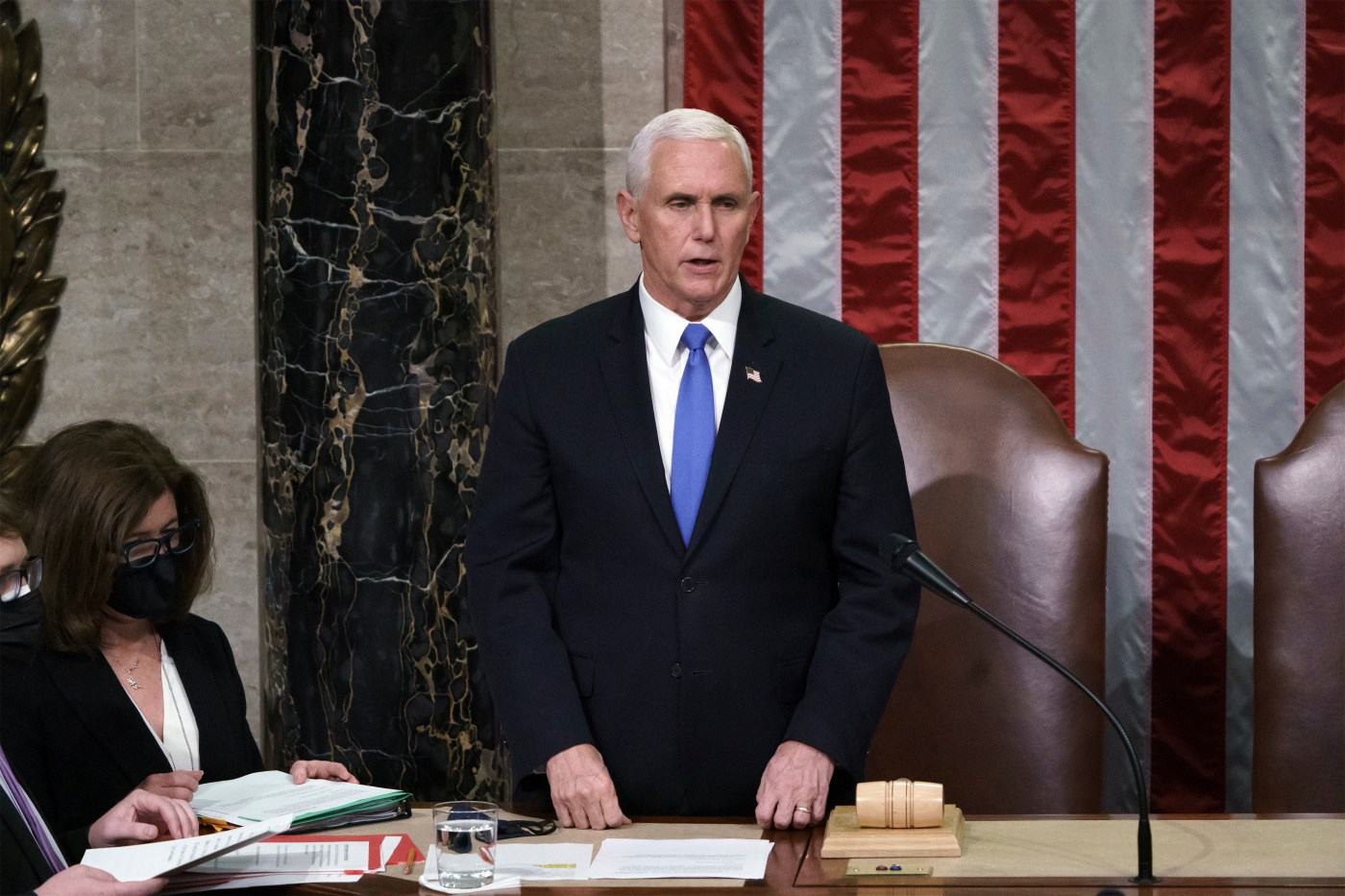 WASHINGTON — Vice President Mike Pence is ruling out invoking the 25th Amendment to remove President Donald Trump from power, less than a week after the president fomented the violent insurrection at the Capitol.

In a letter late Tuesday to House Speaker Nancy Pelosi, Pence said the mechanism should not be used “as a means of punishment or usurpation” and reserved for cases of medical or mental incapacitation. Pelosi has called on Pence to secure the majority of the Cabinet and vote to declare Trump unfit to serve.

As the House appears on the cusp of a bipartisan impeachment of Trump, Pence encouraged Congress to avoid actions to “further divide and inflame the passions of the moment” and to focus on smoothing the transition to President-elect Joe Biden’s administration.

Pelosi has said if Pence rejects use of the 25th Amendment, the House will move to impeach him. Already, at least three Republicans have said they would vote for that.

New Raiders defensive coordinator Gus Bradley is just getting started, so it’s not as if he’s got a detailed scouting report of what he has to work with. As a result, when Bradley met with the media Tuesday via teleconference, he was short on specifics about the players who will carry out his plans to […]

Associated Press ISTANBUL — A devoted dog has spent days waiting outside a hospital in northern Turkey where her sick owner was receiving treatment. The pet, Boncuk (Bon-DJUK), which means bead, followed the ambulance that transported her owner, Cemal Senturk, to hospital in the Black Sea city of Trabzon on Jan. 14. She then made […]

Airlines tighten security for flights to, from D.C.

By Gregory Wallace, Pete Muntean and Chris Isidore | CNN Airlines and the Transportation Security Administration are stepping up security for flights to and from Washington, DC, amid threats of additional violence. The FBI has received information indicating “armed protests” have been planned at all 50 state capitols and the US Capitol in Washington in […]