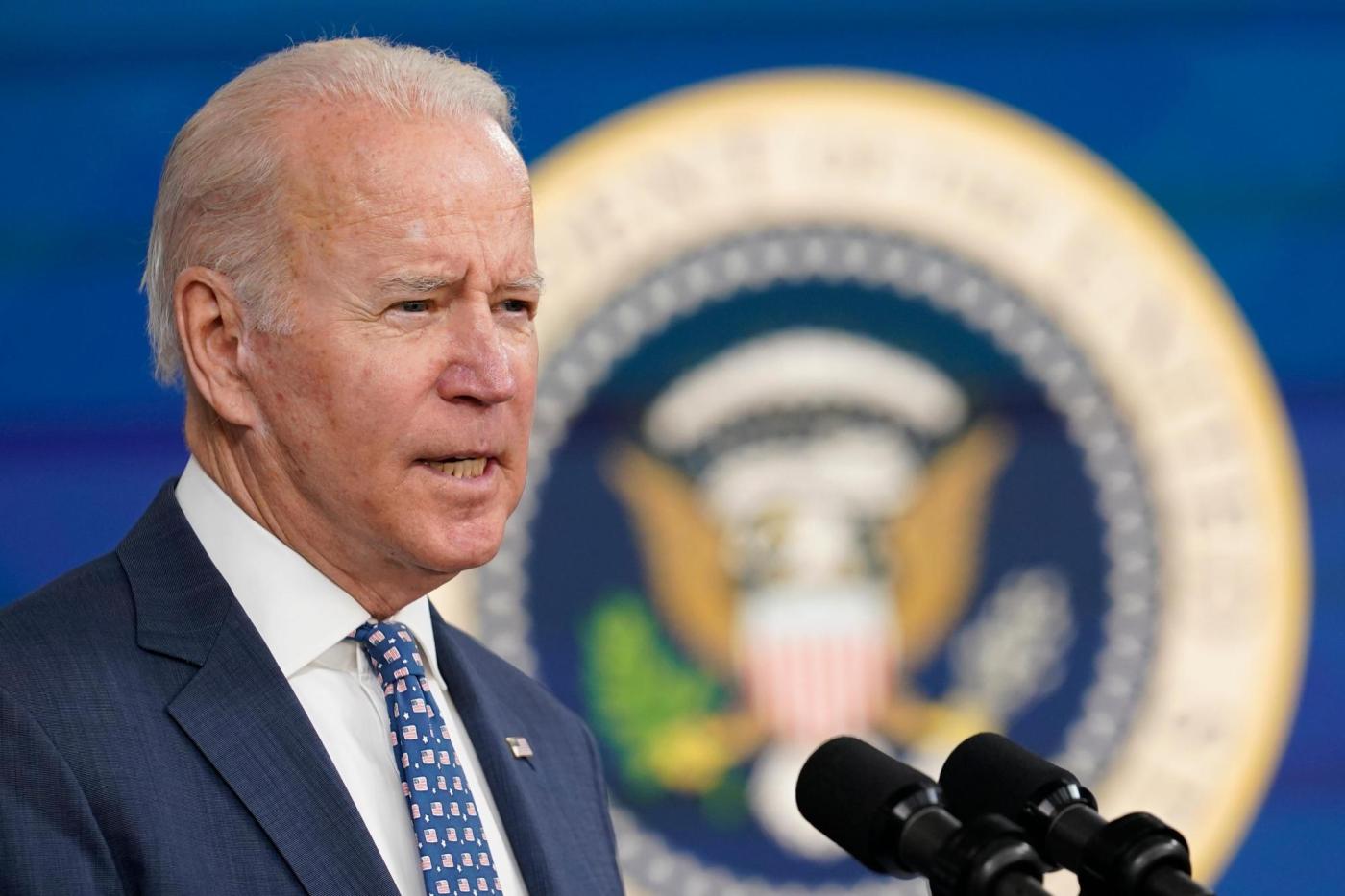 By JOSH BOAK and COLLEEN LONG

The move is aimed at global energy markets, but also at U.S. voters who are coping with higher inflation and rising prices ahead of Thanksgiving and winter holiday travel. Gasoline prices are at about $3.40 a gallon, more than 50% higher than a year ago, according to the American Automobile Association.

The government will begin to move barrels into the market in mid to late December.

But the action is unlikely to immediately bring down gas prices significantly as families begin traveling for the holidays. Gasoline usually responds at a lag to changes in oil prices, and administration officials suggested this is one of several steps toward ultimately bringing down costs.

There was no major impact on the price for a benchmark barrel of U.S. crude right after the announcement. Prices have been up and down all month, and were up less than 1% so far in this holiday shortened week.

The actions by the U.S. and others also risk counter moves by Gulf nations, especially Saudi Arabia, and by Russia. Saudi Arabia and other Gulf countries have made clear they intend to control supply to keep prices high for the time being.

As word spread in recent days of a coming joint release from U.S. and other countries’ reserves, there were warnings from OPEC interests that those countries may respond in turn, reneging on promises to increase supplies in coming months.

Biden has scrambled to reshape much of his economic agenda around the issue of inflation, saying that his recently passed $1 trillion infrastructure package will reduce price pressures by making it more efficient and cheaper to transport goods.

Republican lawmakers have hammered the administration for inflation hitting a 31-year high in October. The consumer price index soared 6.2% from a year ago — the biggest 12-month jump since 1990.

“The three biggest drivers of the staggering 6.2% inflation rate we logged last month were housing, transportation, and food,” the Kentucky senator said. “Those aren’t luxuries, they’re essentials, and they take up a much bigger share of families’ budgets from the middle class on down.”

The Strategic Petroleum Reserve is an emergency stockpile to preserve access to oil in case of natural disasters, national security issues and other events. Maintained by the Energy Department, the reserves are stored in caverns created in salt domes along the Texas and Louisiana Gulf Coasts. There are roughly 605 million barrels of sweet and sour petroleum in the reserve.

“As we come out of an unprecedented global economic shutdown, oil supply has not kept up with demand, forcing working families and businesses to pay the price,” Energy Secretary Jennifer Granholm said in a statement. …read more

‘Demon Slayer’ Season 2: Who Is Tengen Uzui? Everything Fans Need to Know About the Sound Hashira

Demon Slayer Season 2 kicked off the anime’s adaptation of Koyoharu Gotouge’s Entertainment District Arc, which takes Tanjiro and his companions on a mission with a new Hashira. Following the recent Mugen Train Arc, fans may find themselves hesitant to warm to any more supporting characters. However, Demon Slayer Season 2 Episode 8 reintroduces the […]

Alec Baldwin and George Stephanopous | Jeff Neira/ABC via Getty Images In the months following the October 21, 2021 shooting on the Alec Baldwin’s Rust set, an endless list of questions continues to emerge. In a segment released by ABC, Baldwin himself recently spoke out, saying that he didn’t even Alec Baldwin claims he didn’t […]

‘Bob’s Burgers’ Thanksgiving episode ‘Stuck in the Kitchen with You’ | via FOX ‘I Bob Your Pardon’ (Season 9, Episode 7) The Belchers go to town hall to watch the mayor pardon a turkey. When Louise, Tina, and Gene find out the turkey will instead be sent to a slaughterhouse, they start a rescue mission. […]