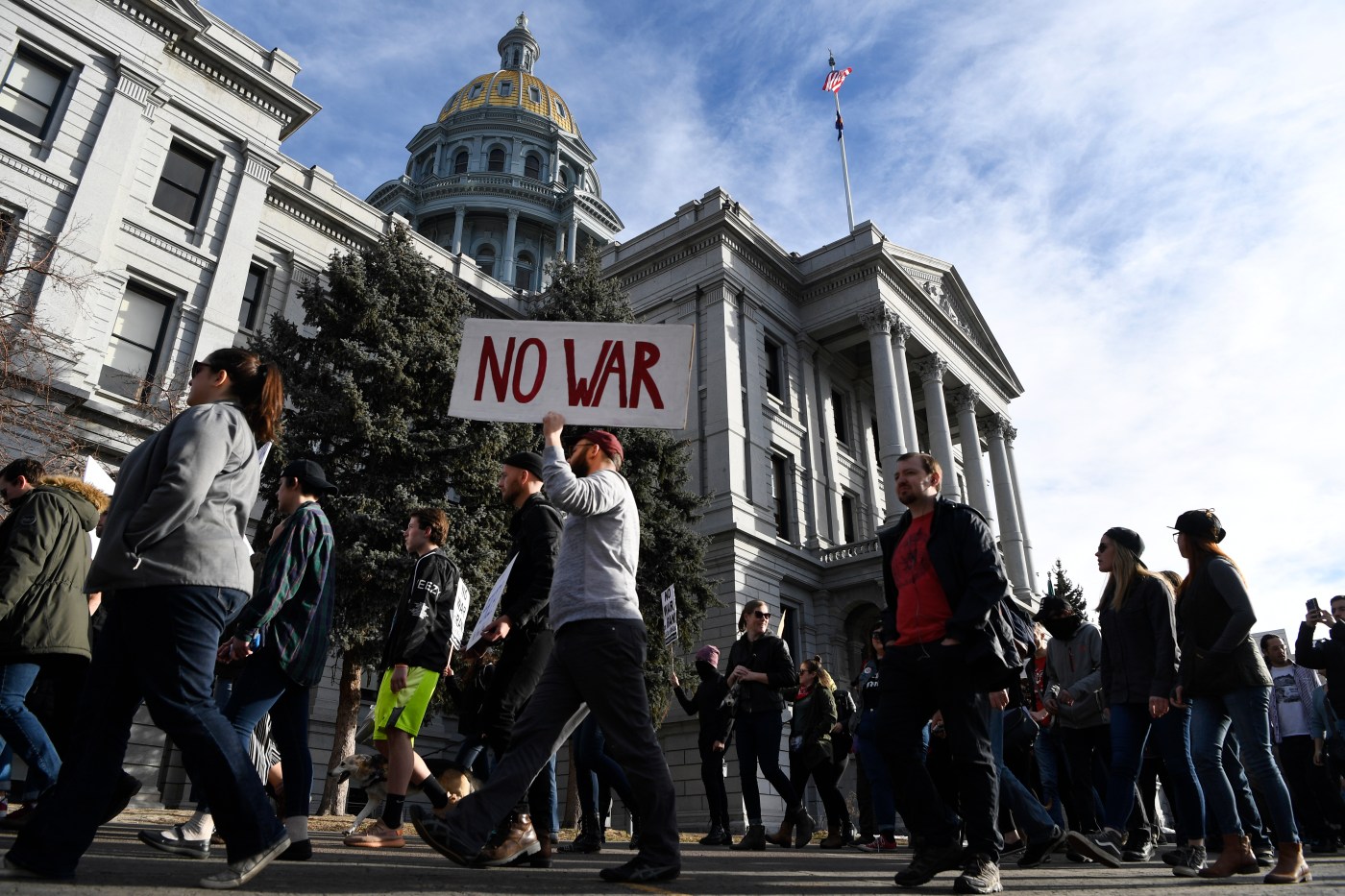 TEHRAN, Iran (AP) — The latest on U.S.-Iran tensions after the U.S. airstrike that killed Iran’s top general (all times local):

Trump faces one of the greatest tests of his presidency now that Iran has launched ballistic missiles at two Iraqi bases housing U.S. troops. It was Iran’s most brazen assault on America since the 1979 seizing of the U.S. Embassy in Tehran.

Top Senate Democrats are citing “deep concern” about the lack of information coming from the Trump administration about the Iran operation.

Pakistan’s prime minister has stressed the need to take immediate steps to de-escalate tensions in the Middle East.

In a Twitter post, Imran Khan added that he is sending his foreign minister to Iran, Saudi Arabia and United States to meet with counterparts. Regional tensions remain high after Iran fired missiles at two bases in Iraq used by U.S. forces in retaliation for the U.S. killing of its top military commander.

During a meeting Wednesday with Oman’s minister for religious affairs, the Pakistani leader reiterated that his country will not be part of any conflict in the region.

Also Wednesday, Pakistan’s military said the U.S. defense secretary has discussed the Middle East situation with Pakistan’s army chief, saying Washington does not want to seek a conflict but will respond forcefully if necessary.

British Prime Minister Boris Johnson has condemned what he called Iran’s “reckless and dangerous” missile attacks on bases in Iraq used by U.S. troops, and he called for “urgent de-escalation” by Tehran and Washington.

Johnson also said Qassem Soleimani, the Iranian Revolutionary Guard commander killed in a U.S. airstrike last week, “had the blood of British troops on his hands.”

Johnson told British lawmakers on Wednesday that “the strict issue of legality is not for the U.K. to determine since it was not our operation. But I think most reasonable people would accept that the United States has the right to protect its bases and its personnel.”

The Trump administration alleges that Soleimani had been plotting new attacks just before he was killed.

Barham Saleh’s office also said in a statement that the fate of U.S. troops in Iraq is an internal matter based on legal agreements to combat the Islamic State group.

The statement adds that Iraq “has previously declared its refusal to be a starting point for aggression against any country, and also refuses to be a source of threat to any of its neighbors.”

The Latest: Iran says it doesn’t want war, but will respond

By Hollie Silverman, Rosa Flores and Pierre Meilhan, CNN (CNN) — The friend suspected of killing Heidi Broussard and passing the woman’s newborn baby off as her own had convinced her ex-boyfriend that she gave birth to his child, according to an arrest affidavit. Magen Fieramusca; Heidi Broussard. (Associated Press) Magen Rose Fieramusca also had […]