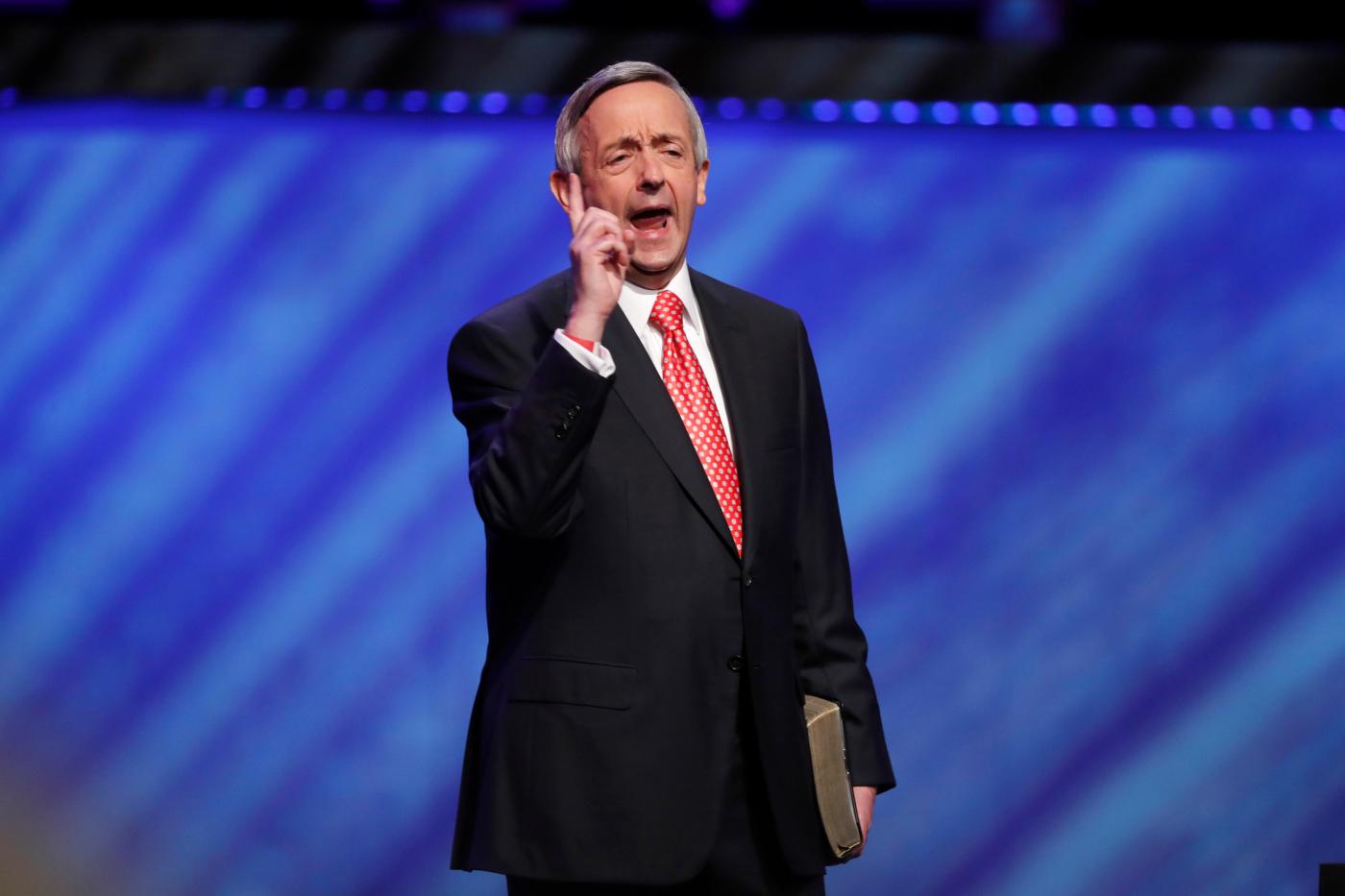 James Altman is a Roman Catholic priest in Wisconsin, little known outside his parish until a few weeks ago. Robert Jeffress is the high-profile pastor of a Baptist megachurch in Dallas. They have a message in common for members of their faiths: Voting for Democrats who support abortion rights is an evil potentially deserving of eternal damnation.

Their fierce, openly partisan rhetoric is attention-grabbing, but it remains the exception in America’s diverse religious landscape, even in this divisive election year. Most members of the clergy, including foes of abortion, steer clear of overt endorsements or denunciations of political candidates. Numerous denominations try to frame their stance on abortion in ways that respect multiple viewpoints.

The Evangelical Lutheran Church in America, for example, has adhered for three decades to a nuanced policy aimed at respecting churchgoers on all sides of the debate.

“We say that abortion should be seen as a path of last resort, but we defend a woman’s right to make decisions over her own body,” said Bishop Paul Egensteiner, who heads the ELCA’s Metropolitan New York Synod.

The National Association of Evangelicals, which represents about 45,000 churches, declares in a policy statement that it “actively, ardently and unwaveringly opposes abortion on demand,” but simultaneously appeals for civility.

“We do not dismiss those who advocate for legal access to abortion as unconcerned for human life or unworthy of our respect and attention,” it says.

Such stances and tones differ sharply from those offered recently by Altman and Jeffress.

“You cannot be Catholic and be a Democrat,” Altman said in a YouTube video, admonishing people to “repent of your support of that party and its platform or face the fires of hell.” His comments were criticized by many Catholics, while endorsed by some others, such as Bishop Joseph Strickland of the Tyler, Texas, diocese.

Jeffress, the pastor of First Baptist Church of Dallas and a close ally of Donald Trump, employs similarly strong language in denouncing the president’s opponent.

“As long as Joe Biden and the Democratic Party continue to support unrestricted abortion for any reason and at any stage in a pregnancy, priests and pastors like myself will have no problem saying, ‘Only Christians who have sold their soul to the devil would vote for Joe Biden,’” Jeffress said via email.

Jeffress’ church is affiliated with the Southern Baptist Convention, the nation’s largest Protestant denomination. Its leadership adopted a stringent anti-abortion stance nearly 40 years ago that remains in place.

Amy Coney Barrett tells senators she’s not Scalia, but her own judge

WASHINGTON — The Justice Department is expected to file a lawsuit Tuesday alleging that Google has been abusing its dominance in online search to stifle competition and harm consumers, a person familiar with the matter told The Associated Press. The litigation marks the government’s most significant act to protect competition since its groundbreaking case against […]

WASHINGTON — Melania Trump says her 14-year-old son, Barron, has tested positive for the coronavirus but has no symptoms. The White House initially said he had tested negative, after both of his parents tested positive earlier this month. The first lady said Wednesday that subsequent testing showed Barron had also come down with COVID-19. …read […]

Parents of 545 children separated at border can’t be found

SAN DIEGO — Court-appointed lawyers said Tuesday that they have been unable to find parents of 545 children who were separated at the U.S. border with Mexico early in the Trump administration. The children were separated between July 1, 2017, and June 26, 2018, when a federal judge in San Diego ordered that children in […]