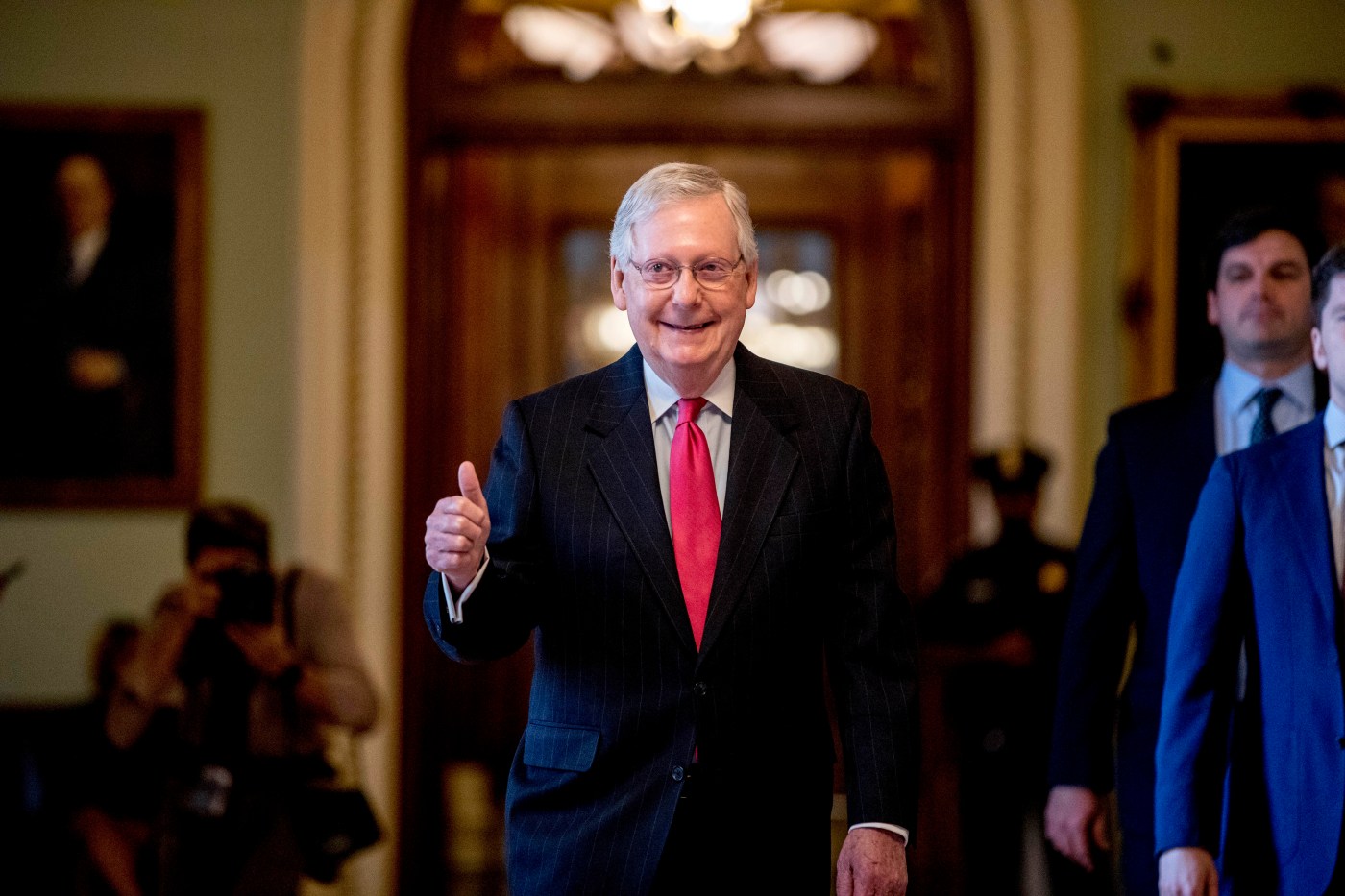 By ANDREW TAYLOR and LISA MASCARO | The Associated Press

The unanimous vote came despite misgivings on both sides about whether it goes too far or not far enough and capped days of difficult negotiations as Washington confronted a national challenge unlike it has ever faced.

The 880-page measure is the largest economic relief bill in U.S. history. Majority Leader Mitch McConnell, R-Ky., appeared somber and exhausted as he announced the vote — and he released senators from Washington until April 20, though he promised to recall them if needed.

“The legislation now before us now is historic because it is meant to match a historic crisis,”said Minority Leader Chuck Schumer, D-N.Y. “Our health care system is not prepared to care for the sick. Our workers are without work. Our businesses cannot do business. Our factories lie idle. The gears of the American economy have ground to a halt.”

The package is intended as relief for an economy spiraling into recession or worse and a nation facing a grim toll from an infection that’s killed nearly 20,000 people worldwide. Treasury Secretary Steven Mnuchin, asked how long the aid would keep the economy afloat, said: “We’ve anticipated three months. Hopefully, we won’t need this for three months.”

Underscoring the effort’s sheer magnitude, the bill finances a response with a price tag that equals half the size of the entire $4 trillion annual federal budget.

Insistently optimistic, President Donald Trump said of the greatest public-health emergency in anyone’s lifetime, “I don’t think its going to end up being such a rough patch” and anticipated the economy soaring “like a rocket ship” when it’s over.

The drive by leaders to speed the bill through the Senate was slowed as four conservative Republican senators from states who economies are dominated by low-wage jobs demanded changes, saying the legislation as written might give workers like store clerks incentives to stay on unemployment instead of returning return to their jobs since they may earn more money if they’re laid off than if they’re working. They settled for a failed vote to modify the provision.

Other objections floated in from New York Gov. Andrew Cuomo, who has become a prominent Democrat on the national scene as the country battles the pandemic. Cuomo, whose state has seen more deaths from the pandemic than any other, said, “I’m telling you, these numbers don’t work.”

Ardent liberals like Rep. Alexandria Ocasio-Cortez were restless as well, but top Washington Democrats assured them that a additional coronavirus legislation will follow this spring and signaled that delaying the pending measure would be foolish.

The sprawling measure is the third coronavirus response bill produced by Congress and by far the largest. It builds on efforts focused on vaccines and emergency response, sick and family medical leave for workers, and food aid.

Photos: Hospital workers and others put lives on the line to battle coronavirus

Health care workers continue to face the onslaught of COVID-19 cases around the world. So far, nearly 1.2 million cases have been confirmed and 64,606 deaths have reported as of Saturday afternoon, according to Johns Hopkins University. That number is expected to climb higher in the coming weeks as several communities face a predicted surge […]

A 6.5-magnitude earthquake was felt throughout Idaho on Tuesday evening, the U.S. Geological Survey reported. The quake, at 5:52 p.m. Mountain time, was centered in the mountains 80 miles northeast of Boise. In a little more than an hour, it was followed by five more quakes nearby, ranging from 3.3 to 4.6 magnitude. Before 8 […]

NEW ORLEANS — Ellis Marsalis Jr., the jazz pianist, teacher and patriarch of a New Orleans musical clan, died late Wednesday from pneumonia brought on by the new coronavirus, leaving six sons and a deep legacy. He was 85. “My dad was a giant of a musician and teacher, but an even greater father. He […]