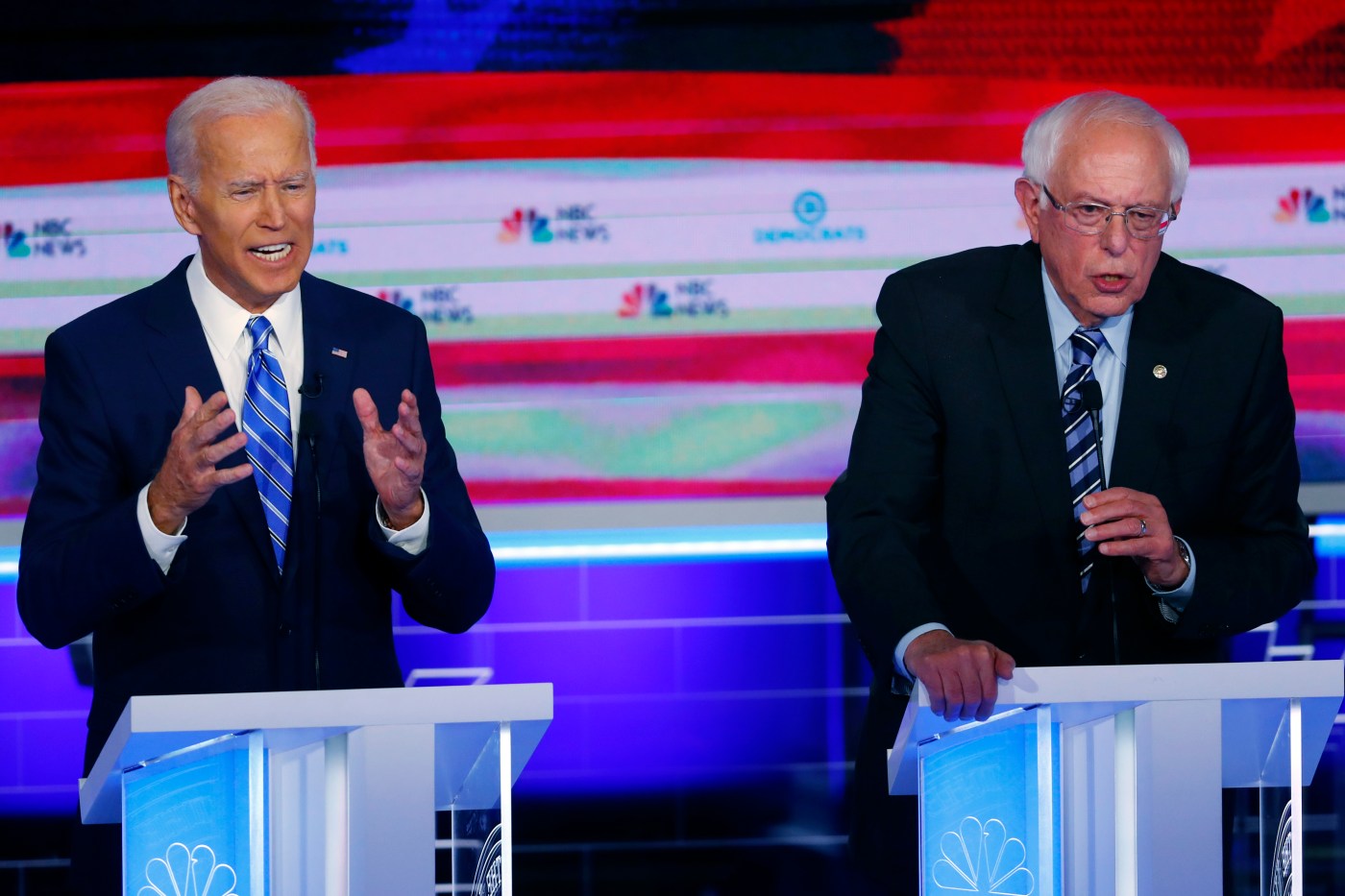 Democratic primary voters across all three states heading to the polls on Tuesday said they trust former Vice President Joe Biden over Vermont Sen. Bernie Sanders to handle a major crisis like the coronavirus pandemic facing the nation, according to preliminary findings from CNN primary polling.

About 6 in 10 in Illinois and Arizona said they would trust Biden more in a crisis, while in Florida, that stood higher at about 7 in 10. That mirrors findings from exit polling conducted last week, which found Biden trusted by a wide margin over Sanders among Democratic primary voters in Michigan, Missouri, and Washington.

Arizona, Florida and Illinois moved forward with their presidential primaries on Tuesday, while other states have postponed their elections over concerns about the virus. In Ohio, where a primary was scheduled for Tuesday, Republican Gov. Mike DeWine announced Monday night that polls would be closed because of a health emergency related to the pandemic.

The Centers for Disease Control and Prevention on Sunday recommended that no gatherings with 50 people or more take place for the next eight weeks to slow the spread of the novel coronavirus. The agency said these gatherings include conferences, festivals, parades, concerts, sporting events, weddings and other types of assemblies. Additionally, the White House said Monday that all Americans should avoid groups of more than 10 and advised older people to stay home.

Preliminary findings from a CNN Primary Poll in Illinois found widespread concern about the effects of the coronavirus outbreak, with many worried about the direction of the nation’s economy in the next year.

Electability and the fight against Trump

Voters in the three states hosting elections Tuesday are no different than their predecessors in the Democratic primary race so far on at least one score: Majorities in all three prioritize nominating a candidate who can beat President Donald Trump over one who agrees with them on the issues.

About two-thirds in Arizona and Florida said so, as did about 6 in 10 in Illinois. That’s right about on par with the overall share across all states where exit, entrance or primary polls have been conducted so far.

Photos: Nations have all hands on deck for influx of coronavirus patients

Click here if you are having trouble viewing the gallery and video on your mobile device The World Health Organization says the coronavirus pandemic is “accelerating,” according to NPR. As of Tuesday afternoon, the John Hopkins University website found that 417,698 cases have been confirmed and 18,614 deaths have been reported. WHO chief Tedros Adhanom […]

The coronavirus pandemic has emptied out normally busy streets around the world as local governments and nations have closed businesses and put residents under lockdown. The move is made in an effort to slow down the spread of COVID-19 as cases continue to skyrocket in places such as Germany, Spain, the United Kingdom, Italy, the […]

By ANDREW TAYLOR and LISA MASCARO | The Associated Press WASHINGTON — The Senate late Wednesday passed an unparalleled $2.2 trillion economic rescue package steering aid to businesses, workers and health care systems engulfed by the coronavirus pandemic. The unanimous vote came despite misgivings on both sides about whether it goes too far or not […]