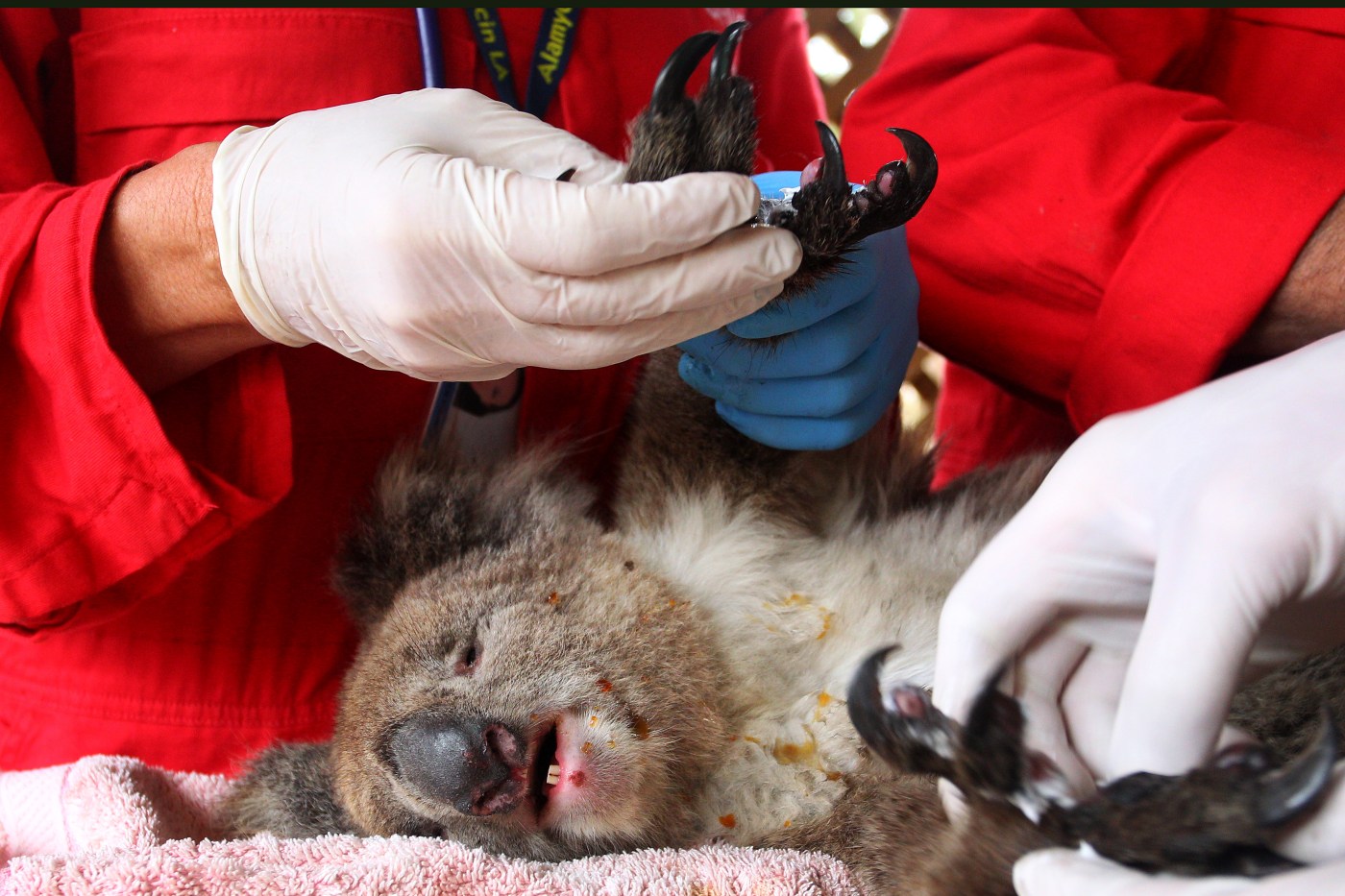 Click here if you’re unable to view the photo gallery on your mobile device.

KANGAROO ISLAND, AUSTRALIA – An injured koala is treated at the Kangaroo Island Wildlife Zoo on January 10, 2020 in Kangaroo Island, Australia. The town of Kingscote was cut off last night as the Country Fire Service (CFS) continued to battle a number of out-of-control blazes. The fires have taken two lives on the island and burnt more than 155,000 hectares destroying at least 56 homes since starting on January 4th.

The Dunn Road fire burns on January 10, 2020 in Mount Adrah, Australia. NSW is bracing for severe fire conditions, with high temperatures and strong winds forecast across the state. There are about 135 fires burning in NSW, 50 of which are uncontained. 20 people have died in the bushfires across Australia in recent weeks, including three volunteer firefighters. About 1995 homes have been destroyed and another 816 have been damaged across NSW. Australia’s Bago State Forest near Bago was also decimated by the the Dunns Road wildfire.

Meanwhile, in Sydney, activists rallied for climate action at Sydney Town Hall on Friday. Protests around the country were organised in response to the ongoing bushfire crisis in Australia. Fires in New South Wales, Victoria, Queensland, Western Australia and South Australia have burned 8.4 million hectares of land. At least 25 people have been killed, including three volunteer firefighters, and thousands of homes and buildings have been destroyed.

TEHRAN, Iran — The daughter of an Iranian general killed in a U.S. airstrike in Baghdad is threatening U.S. military forces at a funeral procession for her father. Zainab Soleimani made the comment at a mass processional in Tehran, Iran’s capital, on Monday. She said: “The families of U.S. soldiers in the Middle East will […]