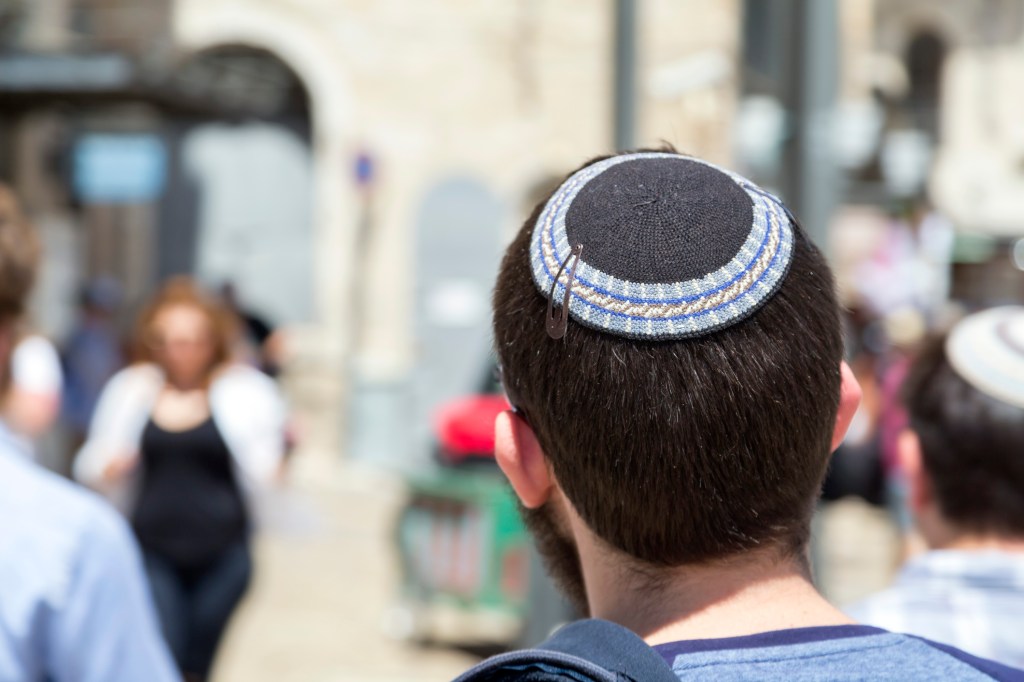 My faith as a Jew is multifaceted (Picture: Getty Images)

‘Ah yes! I’m familiar with your Jewish community as I live in Stoke Newington!’

It’s a response I often get after I tell people I’m an Orthodox Jew.

I love that the person I’m speaking to generally has a very positive experience of living near the Jewish community, but it does highlight the often one-dimensional portrayal of Jewish people (think of stock images of Ultra-Orthodox Jews being used on articles not actually related to them specifically).

And so when I am faced with the Stoke Newington comment, out comes my now well-rehearsed riposte of:

‘Yes, your neighbours in Hackney are also Jewish, but they are Haredi (often translated, not 100% accurately, as “Ultra-Orthdox” Jews) and not all Jews – even all Orthodox Jews – look the same or practice their faith in the same way.’

Thankfully, when I reveal this information, it is always received with fascination, surprise, openness to discuss details of my faith, and eagerness.

In many cases, they’ve never been presented with this information before and about half the time I am the first Jewish person they’ve really spoken to.

There’s a huge spectrum of levels of observance of Jewish rituals, and different streams of Judaism that reflect this also – and I would like to think I fall somewhere in the middle.

My family are Jewish and are also ‘Modern-Orthodox’ like myself. I have pretty much stayed at a constant level of Jewish practice and have been strong in my faith throughout my life, but have always been in touch with modern society and part of modern culture, without veering off to extremes.

My Judaism is hard to describe.

It’s something that at once encompasses pretty much every facet of my life, from where I live and shop, to what I eat and what I do at the weekends, but is also something I wear quite lightly and try not to take too seriously.

I’m happy to be pretty self-deprecating and laugh at some of the minutiae of Jewish rituals that are extremely difficult to explain to non-Jews, like why we sit in a wooden hut outdoors and shake a palm branch on the festival of Sukkot, or eat radishes dipped in salt water at the Passover seder.

One of the focal points of any Jewish community is around Shabbat, the Jewish Sabbath, which takes place weekly from sundown on Friday night to nightfall on Saturday night.

As it happens, this weekend is ‘Shabbat UK’ where Jewish people across the country will be particularly focused on making it a special weekend for themselves and their communities.

Whereas on regular Shabbat we would be observing it as a family, communities put on large gatherings, dinners and lunches with guest speakers for Shabbat UK, so there will be more communal gathering than usual.

Also, my kids learnt a Hebrew song in school to the tune of the ‘cups’ song: it’s cute …read more

Suga of BTS | Steve Ferdman/Getty Images for Elvis Duran Suga of BTS chose two songs for the ‘Proof’ tracklist For Proof, each member of BTS chose a solo and sub-unit song to be included on the album’s second CD. Jin, Suga, J-Hope, RM, Jimin, V, and Jungkook are explaining their song choices in the […]

Since the early 1980s, Holly Hunter has delivered tour de force performances on the big screen. She has repeatedly shown her acting range by playing a wide variety of roles in movies spanning genres, from comedy and adventure to drama. So the acclaimed actor’s gracious loss to an 11-year-old at the Oscars was a heartwarming […]

Corey Feldman said his shocking live performance on the Today Show was a total setup and that journalist Ronan Farrow waited on the sidelines of the show waiting to “ambush him.” Feldman felt that the Today Show producers set up the performance to “lampoon” him. But it was an even bigger slap in the face […]