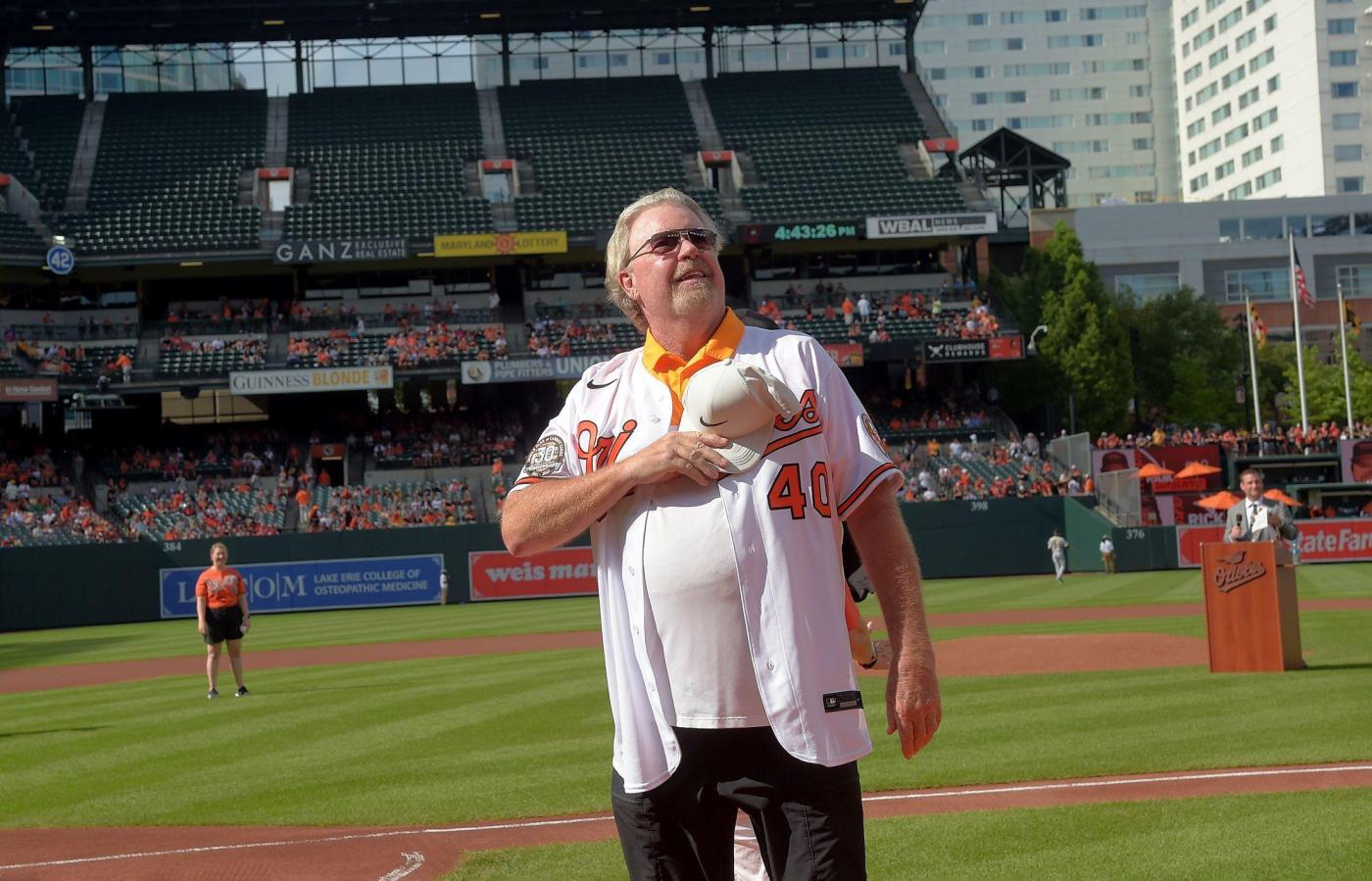 The theme meandered through the years, from his stint as an 18-year-old in Major League Baseball to playing Cuba in 1957 and then to the Orioles clubhouse Saturday as an 85-year-old. Hall of Fame third baseman Brooks Robinson’s words all came back to the same idea, no matter how many twists it took to get there: He loves baseball

Even more, he loves baseball in Baltimore, the city he has called home full-time since 1960. As he watches the Orioles surge to levels they haven’t reached since before the latest rebuild began in 2018, that love swells.

That’s the crux of the message he delivered pregame Saturday to the current Orioles, invited into the clubhouse to shed his wisdom gained through a life of baseball — with more than a few stories interwoven.

On that offseason spent playing in Cuba: “I had a great time. It was a beautiful place. [Fidel] Castro was in the mountains. In fact, we had several bombs go off around the ballpark. Took my car over and I was glad to get home.”

And then most pressing of all, he told the assembled clubhouse what watching this current iteration of the Orioles has been like: “You absolutely have been thrilling me. I watch all the games and you’ve been thrilling the people of Baltimore. They’ve been waiting for this for a while, and it really is something.”

It really is something for one of the most heralded Orioles in history to behold what this group is achieving, entering Saturday’s game against the Pittsburgh Pirates a season-high four games above .500 and 1.5 games back of the wild card.

The Orioles invited former players back to Camden Yards on Saturday for an on-field celebration of the park’s 30th anniversary. There was Robinson and Eddie Murray, Hall of Fame pitcher Mike Mussina and right-hander Rick Sutcliffe, among others. While invited, a scheduling conflict kept Hall of Famer Cal Ripken Jr. from attending.

Robinson, attending a game at Camden Yards for the first time since 2019, knows a thing or two about enthralling baseball. He won the World Series twice with the Orioles, and with fellow Hall of Famer Murray beside him, Robinson marveled at the present and future of the organization.

“I think the people really get turned on when the club is playing like they’re playing right now,” Robinson said. “They’re really up for it. It excites me.”

In 1979, shortly after Murray became a fixture at first base for the Orioles, a 102-win season culminated with a World Series loss to the Pirates. That began what became known as Orioles Magic, starting with a team that wasn’t predicted to excel in …read more

Is Preston Williams’ placement on the Miami Dolphins’ preseason depth chart legitimate? Or is it a ploy to increase his trade value? The Dolphins released their initial 2022 depth chart on Monday with relatively few surprises, but Williams, the receiver who has voiced displeasure with his opportunities this training camp, was positioned rather high. With […]