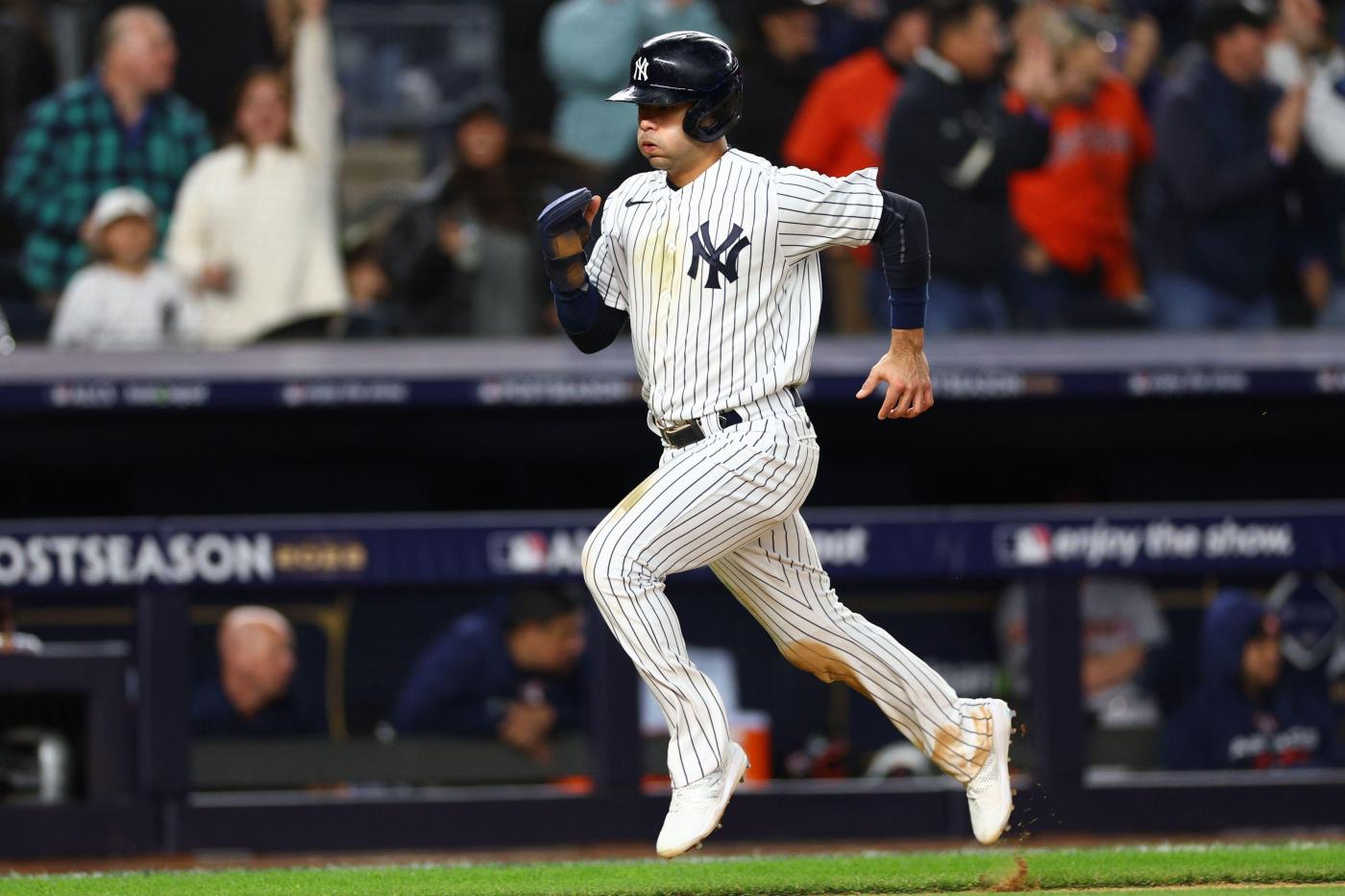 Throw a dart at a board of advanced offensive statistics, and the Yankees’ 2022 shortstops probably ranked near the bottom of whatever category you hit.

The group, led by Isiah Kiner-Falefa and his 131 starts at the highly-valued position, fared decently in batting average and on-base percentage. But among the 30 teams in Major League Baseball, the Yankees’ shortstops were 17th in OPS and weighted on-base average, had the 24th-ranked slugging percentage, were 26th in Statcast’s hard-hit percentage and came in dead last in home runs and isolated slugging (a statistic calculated by subtracting batting average from slugging percentage). They also had the highest ground ball rate in the league, removing most chances for extra base hits as soon as the ball left their barren bats.

Their 91 wRC+ best illustrates how forceless the combination of Kiner-Falefa and Marwin Gonzalez were. Those two were the shortstop for 90% of the team’s games, and if not for Oswald Peraza hitting well during his 11 starts down the stretch, the collective numbers would have been even deeper in the shortstop sinkhole.

Starting with Kiner-Falefa — who figures to still be part of the plan in 2023 after re-upping for one year and six million dollars — the issues are obvious. He does not hit the ball hard at all. While his teammate Aaron Judge had Statcast’s highest hard-hit rate at a punishing 60.9%, Kiner-Falefa’s 29.8% mark placed him in the bottom ten of all MLB qualified hitters. That means that only 29.8% of Kiner-Falefa’s batted balls were 95 miles per hour or greater. The league average was 38.2%. While several of Kiner-Falefa’s neighbors at the bottom of the exit velocity charts had great seasons — Jeff McNeil and Luis Arraez, last year’s batting champions, are the very next hitters on the list after IKF — those men were producing far more line drives and far fewer grounders than the Yankees’ 27-year-old project.

When Kiner-Falefa put the ball in play, he put it on the ground more frequently than any other qualified American League hitter. That’s clearly been part of the strategy for Kiner-Falefa during his entire career, as he does not possess the type of power that will lead to 20 home runs if he just starts elevating the ball more regularly. He prides himself on his contact rate (which is, admittedly, elite), but much of that contact proved to be empty last year.

One of the more humorous stats from Kiner-Falefa’s turbulent Bronx debut is that, among the 16 AL hitters to record more than 100 singles, he was the only one with an OPS+ below 100. In other words, despite hobnobbing with Carlos Correa, Cedric Mullins and Vladimir Guerrero Jr. on the singles leaderboard, Kiner-Falefa’s 84 OPS+ tells us he was still 16% worse than the average hitter. That stat is adjusted for the hitter benefits that come with Yankee Stadium, too, casting an even darker shadow on his summer.

The question of how to fix Kiner-Falefa is both complicated and simple. Teaching …read more

Alan M. Kaufmann Jr., a retired Department of Housing and Urban Development branch manager who was a devoted major league baseball fan that toured ballparks across the country, died Jan. 10 at his McLean home in Fairfax County, Virginia. He was 68. Mr. Kaufmann’s family said he died as the result of knife wounds allegedly […]

MILWAUKEE – In his first three-peat of the season, Nuggets center Nikola Jokic was named an All-Star starter Thursday evening, ensuring he’ll be in the starting lineup for the third consecutive season Feb. 19 in Salt Lake City. It’s Jokic fifth consecutive All-Star selection overall. Whether there’s another three-peat in his future as the fourth […]

5 defensive players the Jets should watch at the Senior Bowl

On Wednesday, we looked at the five offensive players the Jets should watch during this year’s Senior Bowl. Now, it’s time to look at the defensive side of the ball. After finishing 32nd in the league in 2021, Gang Green fielded one of the best defenses in the NFL last season. The Jets were fourth […]