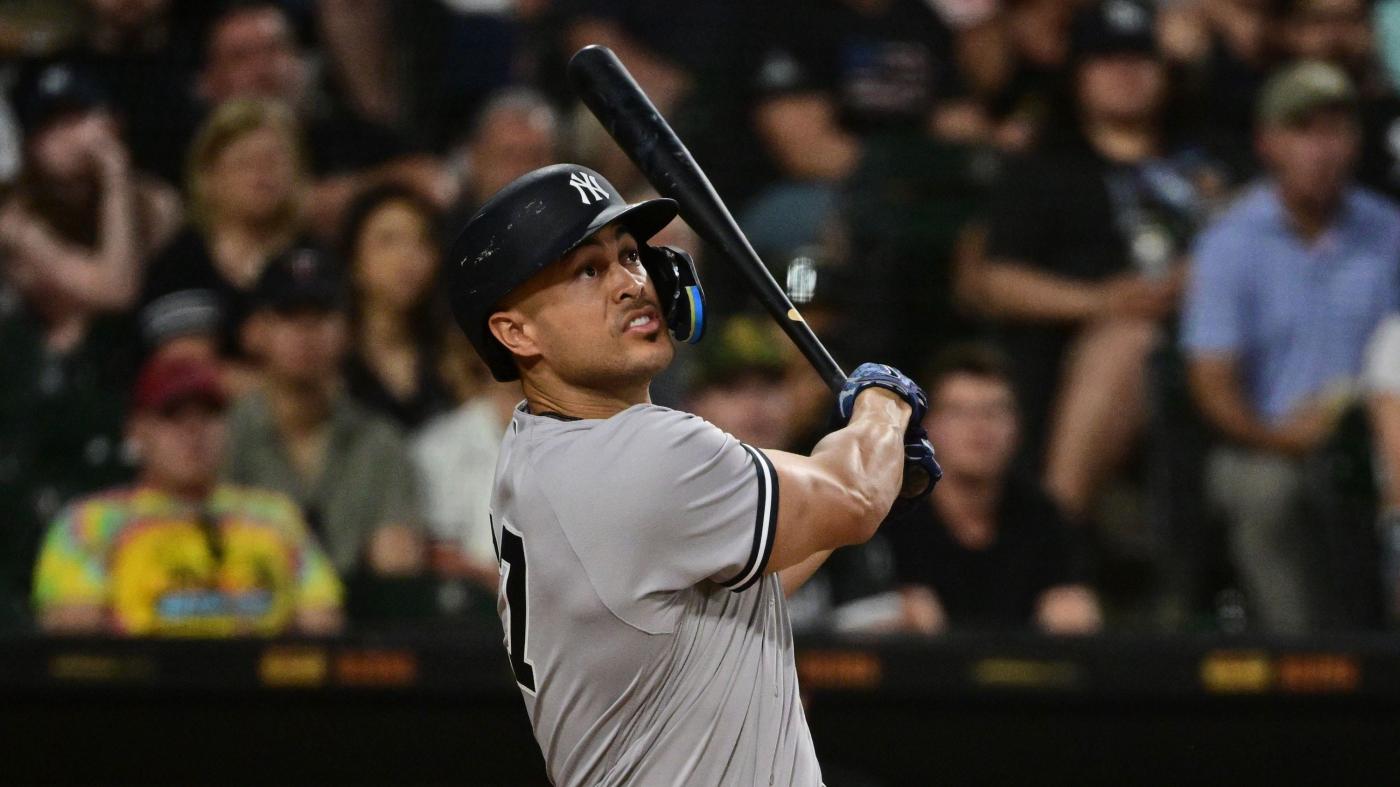 CHICAGO — The Yankees answered the challenge.

After the White Sox tied it in the seventh, the Bombers rallied for seven runs in the eighth and one more in the ninth for a 15-7 blow out win at Guaranteed Rate Field on Thursday.

The Yankees (23-8) have won four straight games and are 16-2 in their last 18 games. They scored a season-high 15 runs on a season-high 15 hits, despite striking out 14 times, and maintained the best record in baseball.

After Joe Kelly walked the bases loaded with two outs in the eighth, Aaron Judge hit a grounder to shortstop and beat out the throw from Tim Anderson. That not only allowed Marwin Gonzalez a chance to score from third, but Gleyber Torres, who drew a walk as a pinch hitter, never let up and surprised the White Sox by not stopping at third and scoring from second.

Giancarlo Stanton, who finished with a career-high six RBI, singled in two more and Josh Donaldson delivered the knockout with a three-run homer.

That rally saved the night from a big seventh-inning Jonathan Loaisiga mistake.

Stanton had his 35th multi-home run game of his career, and his first of the season. Five of his nine home runs this season have gone to the opposite field. He has seven home runs that have either tied or given the Yankees a lead in the game, the most in the big leagues.

Judge absolutely crushed a 456-foot home run for his major league-leading 11th home run of the season in the seventh. He drove in four runs Thursday with a sacrifice fly in the ninth. Over his last 15 games, Judge has gone 20-for-61 with eight home runs and 21 RBI.

Stanton hit his eighth home run of the season and first of the night in the first inning. His two-run shot into the right-field seats scored DJ LeMahieu and gave the young starter a 2-0 lead to work with. After Luis Gil faltered and let the White Sox take the lead in the second, Stanton stepped up and got it back for the Yankees. He hammered another two-run homer into the right-field seats.

Anthony Rizzo, who got a mixed reaction playing in Chicago for the first time since leaving the Cubs, tripled in a run in the third when his hard-hit ground ball caromed off first base and rattled around in the right-field corner. LeMahieu doubled in another run in the fourth.

Gil, making a spot start because the Yankees are in a stretch of 23 games in 22 days, got through four innings having allowed four earned runs. He gave up five hits, walked two and struck out five. Gil showed the promise and talent …read more

Orioles get swept as offense strikes out season-high 16 times in 5-1 loss to Tigers: ‘We’re going to get through this’

In what might be a move most emblematic of how lackluster the Orioles offense performed against the Tigers this weekend, the Baltimore infield crept onto the grass once Detroit had a runner reach third base with one out in the second inning. Miguel Cabrera had already homered off right-hander Tyler Wells. And the possibility of […]

The specter of COVID and illness continues to be a factor in the Eastern Conference final series between the Miami Heat and the Boston Celtics. A day after the Celtics big man Al Horford entered the NBA’s heath-and-safety protocols, Boston coach Ime Udoka was unavailable for his team’s Wednesday media session due to what the […]

With Adley Rutschman in Baltimore and ‘blue skies ahead,’ eyes turn to Grayson Rodriguez, next wave of Orioles’ prospects

A day after top prospect Adley Rutschman made his Orioles debut, Executive Vice President and general manager Mike Elias offered a reminder that more are coming as the organization continues to trend upward in the next stage of its rebuild. “We’ve got blue skies ahead of us,” Elias said Sunday morning in the Orioles’ dugout […]