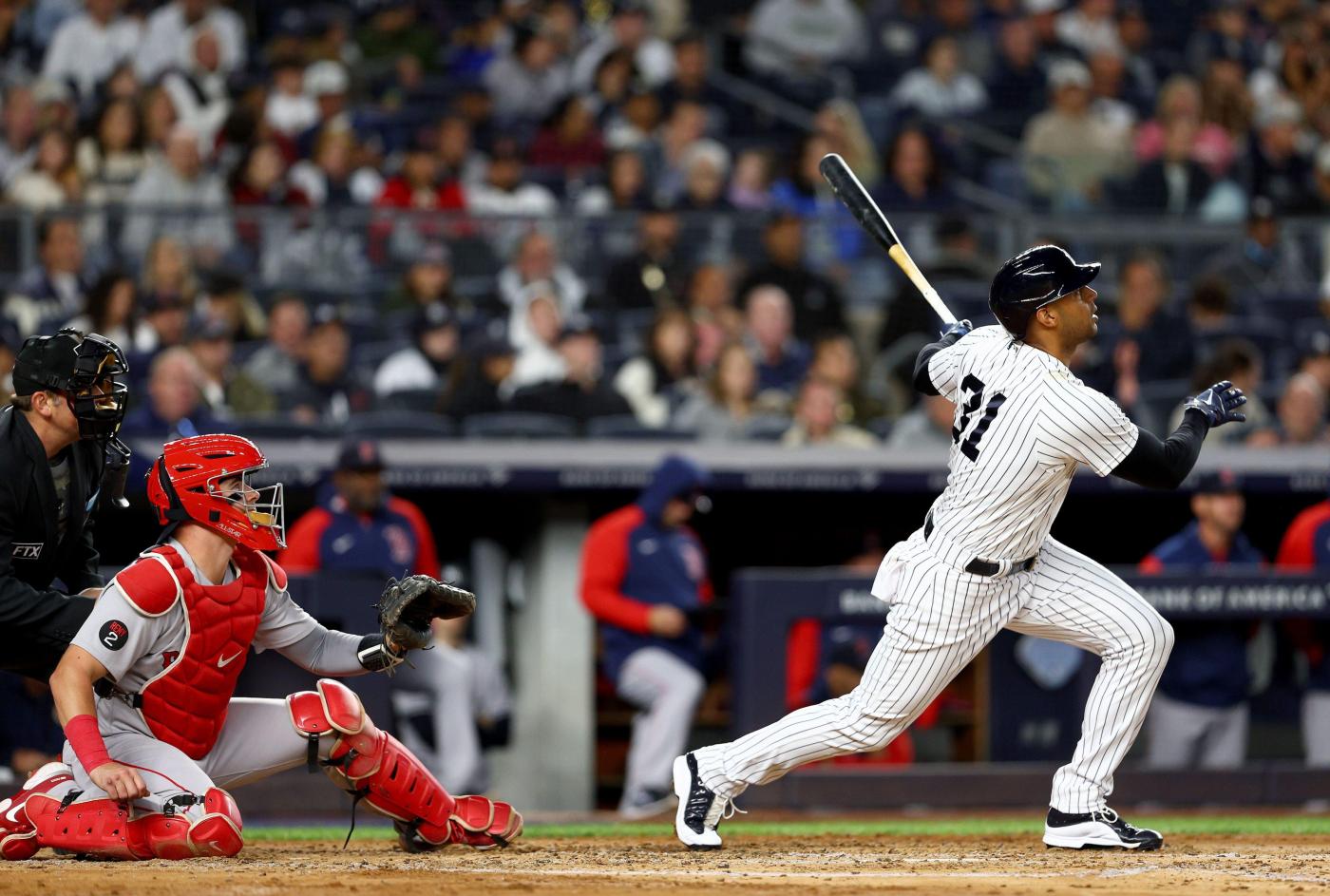 The crowd packed Yankee Stadium to see home runs Friday night. With Aaron Judge one homer away from tying the 61-year-old American League and Yankees record of 61, the ballpark saw homers, but not the ones they wanted. An eighth-inning RBI-single from Jose Trevino rallied the Bombers for a 5-4 win after Gerrit Cole gave up two more homers to the Red Sox.

The Yankees scored on a home run and single by Aaron Hicks and Gleyber Torres’ double. In the eighth, Harrison Bader drew a pinch hit walk, stole a base and took third on a pitcher’s throwing error and scored on a Jose Trevino single.

It was the third game that Judge remained one home run away. He last homered on Tuesday night.

Judge struck out on six pitches in the first inning, Hill getting him to swing over an 85-mile an hour curveball. In the third inning, Judge got under an 84 mph cutter, sending it high to the left-field warning track for an out. In the fifth, Hill beat Judge again, needing just four pitches to strike him out swinging on a 73 mph curveball.

In the seventh, with the game tied, Judge lined a single into left field and was greeted with some groans and polite applause.

Judge’s at-bats have been interesting. Everyone in the ballpark stands and most start recording on their phones. The Yankees bullpen pitchers come out to watch and as the pitch is delivered it’s quiet as if everyone is holding their breath.

“The moment is huge. I think the baseball world and certainly the people in attendance, understand what they’re potentially witnessing and watching,” Yankees manager Aaron Boone said. “I think it’s simply that it’s everyone on the edge of their seat and all their focus and energy on it. And that’s shown up in silence from 40,000-plus people in that moment because you don’t want to miss something or you’re completely locked in and concentrating. It’s interesting to witness and I think it’s something that will be very memorable for a lot of people. Like how it showed up in a  sporting arena. This noise of anticipation as he walks up the excitement to it’s pretty interesting.”

Instead, Friday night, the real Yankees fireworks the 47,346 in the ballpark saw all came via Cole.

The 32-year-old right hander’s frustration boiled over in the sixth. The Yankees ace was peeved that he did not get a called strike on a 1-2 pitch to Alex Verdugo. Angry, Cole threw a 100-mile-an-hour pitch next and Verdugo crushed it 396 feet into the Yankees bullpen. The three-run shot tied the game and was the 31st homer Cole has allowed this season. The 30th came after Cole struck out Kike Hernandez and Rafael Devers to start the game. Tommy Pham crushed a 96-mile an hour fastball to the short porch in right field.

After the Verdugo homer, Cole struck out J.D. …read more

The day when Aaron Judge arrived at the threshold of 60, got to a home run place in New York sports history with No. 59 that has only ever been matched by two hitters — Babe Ruth, Roger Maris — made him the headliner on Sunday. The biggest story. Just not the only story. Even […]

Yankees not celebrating postseason birth: ‘We’re after the division crown’

The Yankees’ clubhouse was empty when it opened after Thursday night’s game. The music, which is always on after a win, was down low with the dance lights flashing just as they have after every win this season. There was no stink champagne or beer, nothing out of the ordinary after a win, even though […]

BOULDER — Owen McCown put up the best passing game for a CU Buffs quarterback in almost two years Saturday. As far as we know, the kid didn’t celebrate by jumping straight into the transfer portal. Hey, in Boulder right now, that’s progress. “I don’t know if that was good enough to win,” embattled Buffs […]