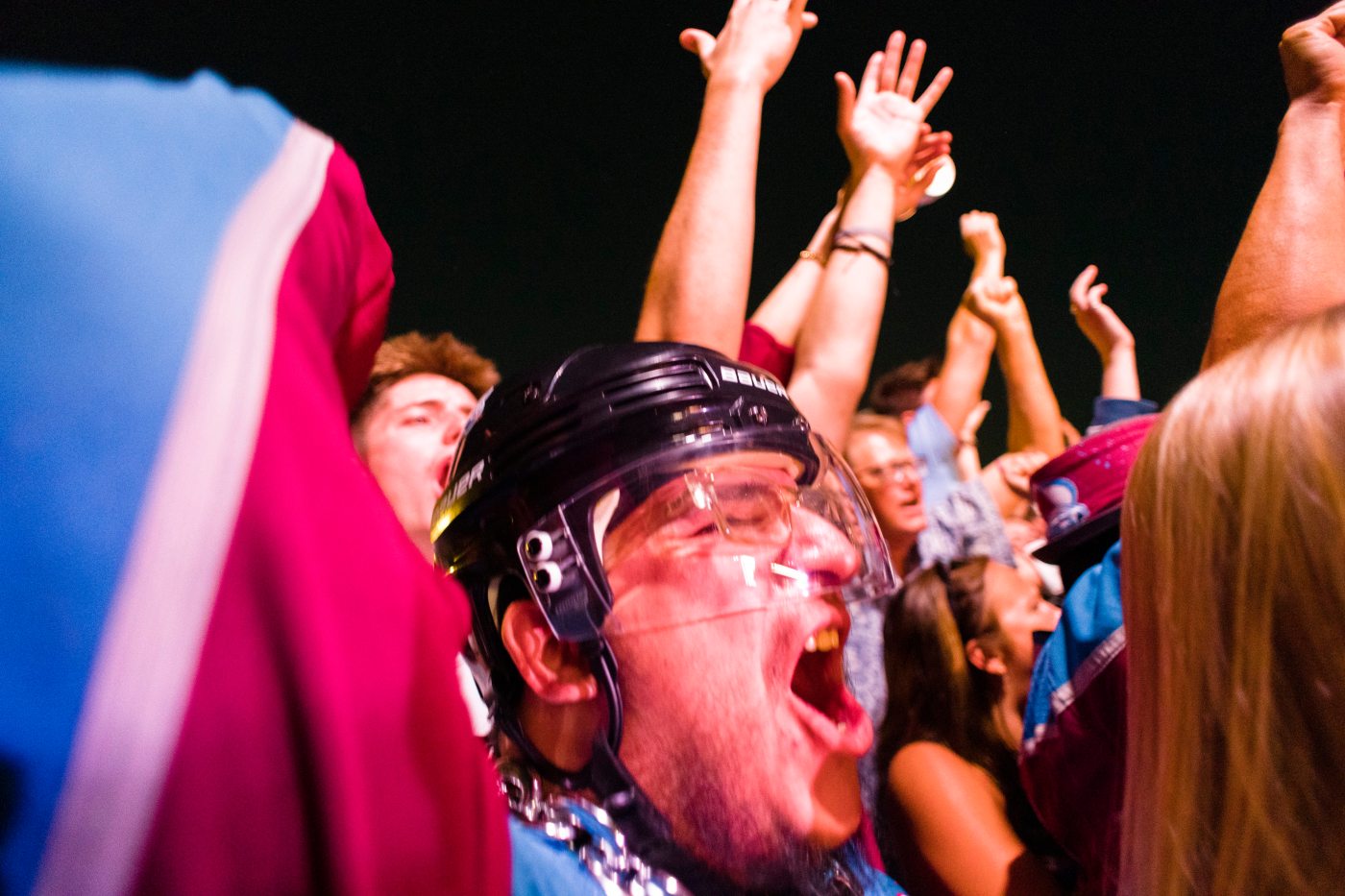 When* the Colorado Avalanche hoist the Stanley Cup Friday night, plenty of Coloradans will hoist their own celebratory cups, too.

Denver Police are just asking that people who raise their adult beverages to stay away from steering wheels and for all revelers to keep their euphoria more celebratory, and less riotous.

“While this is an exciting time for the Mile High City, as seen in past championship wins, the positive experience of the win can quickly become negative when celebrations turn to destruction,” a news release from the department states. “Fans are asked to celebrate in a controlled manner and not tarnish the team’s accomplishments with illegal acts.”

To drive the message home, Gov. Jared Polis, analyst and former Avalanche player Mark Rycroft and others released video statements encouraging people to celebrate responsibly. (The videos also included mascot Bernie the St. Bernard waving a sign saying “stay out of the penalty box”; the previous mascot, Howler the Yeti, was placed in a permanent penalty box after allegedly getting in a fight with a rival fan in 1999, according to 9News.)

After the Broncos’ 2016 victory in Super Bowl 50 — the most recent championship by a Denver pro sports team — law enforcement closed off multiple streets in downtown and shut down several interstate off ramps. Fans danced and chanted for hours afterward.

Some officers also ended up donning riot gear and using pepper spray and pepper balls to disperse crowds. More than a dozen people were arrested. The alleged offenses included trespassing, throwing things at police officers, starting fires and criminal mischief, according to news reports at the time. Damage include a police cruiser’s window being shattered, and trash cans and patio furniture on the 16th Street Mall being turned over.

Officers would end up donning riot gear and using pepper spray and pepper balls to disperse crowds. A police spokesperson said in the aftermath that “overall, things went pretty well,” but “there were a handful of people who were somewhat unruly.”

The Yankees came prepared. This stretch of the season is expected to be a test for the Bombers, a chance to see how they measure up against the teams they are projected to be battling at the end of the year for playoff position, and in the playoffs. With six scoreless, bounce-back innings from Gerrit […]

In honor of the 50th anniversary of the passage of Title IX, The Denver Post ranks the Top 50 most influential women in Colorado sports history. The rankings are based on the combination of athletic achievement and impact on women’s athletics. Mikaela Shiffrin (skiing) — The most decorated American alpine skier with four World Cups and […]

Chicago White Sox have a 6th inning to forget, allowing 10 runs in a 13-3 loss to the Houston Astros

The Chicago White Sox returned to Minute Maid Park for the first time since Game 2 of the 2021 American League Division Series. Lucas Giolito started that game for the Sox. And he was on the mound Friday. It wasn’t the Sox’s day then. And it certainly wasn’t Friday night. It all fell apart for […]