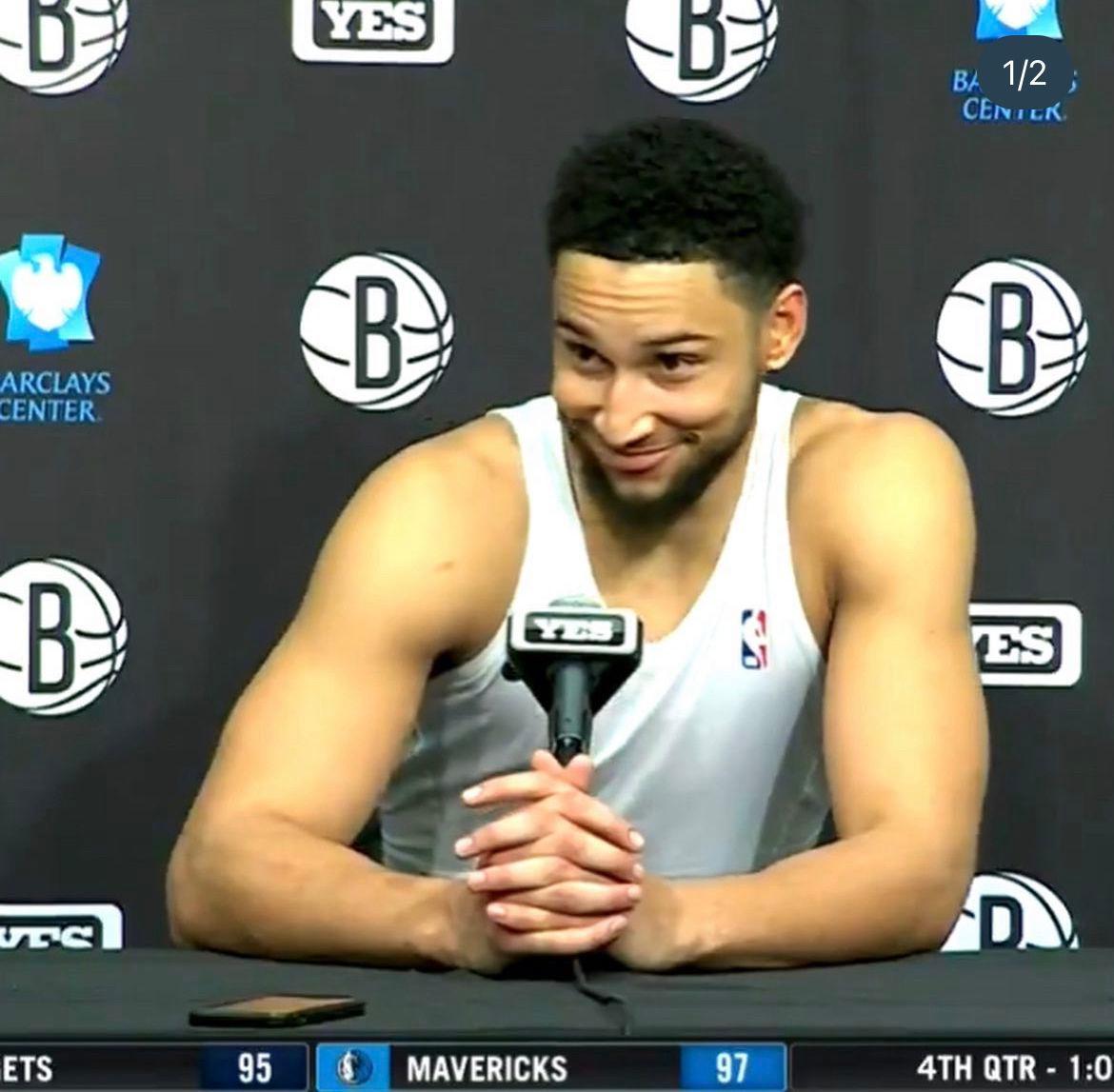 Smoke off the court, that is, not on it, because while Simmons is returning to Philly on Tuesday for his first regular-season game against the 76ers since his blockbuster trade to the Nets last season, both Joel Embiid and James Harden will sit for the Sixers due to injury.

Harden and Embiid also missed the preseason opener against Simmons and the Nets in Brooklyn on Oct. 3. The MVP-caliber big man is out with a left mid-foot sprain, and Harden is working through a tendon strain in his right foot.

Those rabid Sixer fans, however, wouldn’t miss this for the world.

They are the same fans that not only traveled to Brooklyn to boo Simmons during pregame introductions for a preseason game — but they also waited outside of the Nets’ team hotel to boo Simmons during the team’s trip to Philly last season. They booed Simmons that game too, even though he wasn’t playing, barely participated in warmup drills and dressed in street clothes to watch from the bench.

They booed Simmons because he came up short in Game 7 of Philly’s 2021 Eastern Conference semifinals matchup against the Atlanta Hawks. Most notably, he passed up an open dunk in crunch time to a teammate who missed a higher degree of difficulty shot.

The possession swung the momentum of the game.

Embiid threw Simmons under the bus after the game, as did Sixers head coach Doc Rivers, who not only questioned whether or not Simmons could be the point guard on a championship team — but also chose not to reflect on his time coaching Simmons when the Sixers visited the Brooklyn during the preseason opener.

A reporter asked Simmons if he thinks enough time has passed since his time playing in Philadelphia that Sixer fans might take it easy on him.

His response instantly went viral on social media — as did his facial expression.

“In Philly?! Come on now. I know what’s coming,” he said with a laugh after scoring a season-high 22 points against the Memphis Grizzlies on Sunday. “It’s part of the game. Philly fans, one thing about them is they are incredible. They are die-hard Philly. Everything Philly, whatever it is. I respect that about the city It’s a sports town. I was talking to Yuta (Watanabe) before the game about what it’s like to play in Philly. It’s an incredible opproutunity to put on whatever jersey it is. That’s philly it’s a unique experience.”

Even Jacque Vaughn had some fun with the upcoming matchup.

Asked about the emotions waiting for Simmons’ arrival at the Wells Fargo Center, Vaughn said: “What emotion?”

“It’s great for him. It’s just like Portland where he had to step up and make free throws when they tried to foul, (and he) makes three out of four,” the Nets coach said. “It’s the same sort of mental and physical hurdle that he’s going to have to get through. Which is great. He’ll have his teammates behind him. He’ll have a coach …read more

Jets likely without Michael Carter vs. Vikings as RB listed as doubtful with ankle injury

Heading into a critical game against the Vikings, the Jets will likely be without their starting running back. Michael Carter, who has missed practice all week, is doubtful to play against Minnesota. The second-year back injured his ankle in the third quarter of last Sunday’s 31-10 victory against the Bears. If Carter can’t go, the […]