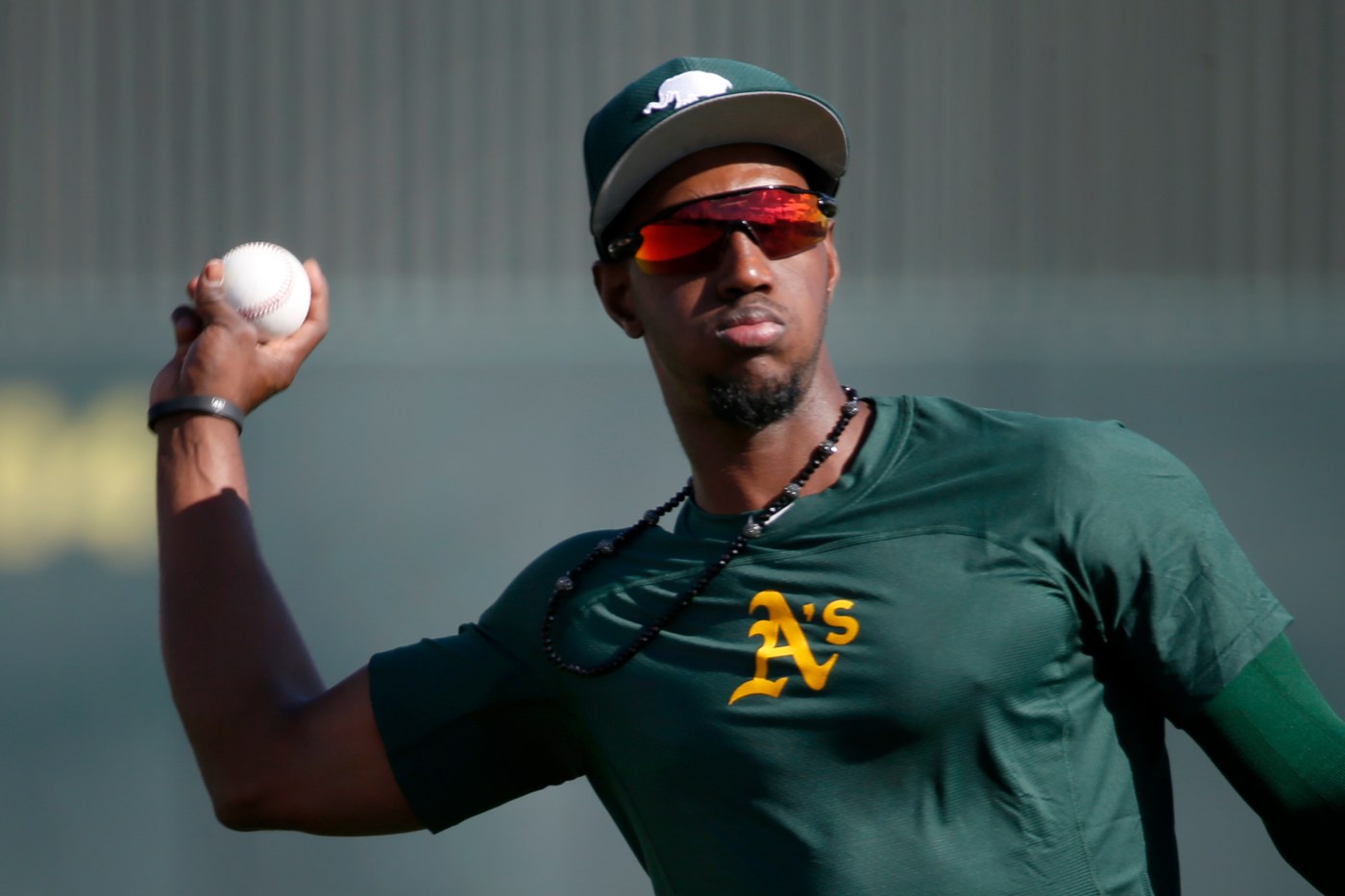 Major League Baseball’s transaction freeze was lifted on June 26. The Oakland A’s got in on the action just four days later, trading infield prospect Jorge Mateo to the San Diego Padres for a player to be named later.

The move loosens up a crowded middle infield. Before the season came to a halt due to the COVID-19 pandemic, the hot topic at A’s camp in Mesa revolved around the second base race primarily between top young talents Franklin Barreto and Mateo.

Both were out of minor league options, so it made sense that the A’s would find a willing trade partner for one of the players. Both have similarly noteworthy speed and strong defensive capabilities, with the power from Barreto’s bat a slight edge.

Giants, A’s will leap into action with little time to spare

Opinion: Oakland Coliseum sale to the A’s must require ballpark there

Projection: Who will make the A’s 30-man roster?

The A’s acquired Mateo in a blockbuster trade deadline transaction with the New York Yankees in 2017. Oakland surrendered star starting pitcher Sonny Gray for outfielder Dustin Fowler, right-hander James Kaprielian and Mateo. Fowler’s path into the big leagues was mired by the rise of Ramón Laureano and Mark Canha. Kaprielian was expected to be a rotational mainstay for the triple-A Las Vegas Aviators before the MiLB season’s cancellation on Tuesday.

Mateo was ranked as the A’s No. 4 prospect following the 2019 season.

The A’s middle infield depth now stands at left-handed hitters Tony Kemp and Vimael Machin as well as Barreto. Mateo’s open roster spot could open up space on the 30-man roster for an additional pitcher on the 40-man, such as Daniel Mengden — who is currently on the 60-day IL after receiving arthroscopic elbow surgery over the winter.

The Rockies signed second-round pick Chris McMahon on Friday as well as other two other undrafted players. McMahon, a right-hander out of Miami, was selected No. 46 overall and signed for $1,637,400, just above full slot value. With a fastball that can reach 98 mph, the 6-2, 200-pound McMahon also has a changeup, a cutter […]

The Colorado Board of Regents has approved the contracts for five new football assistant coaches, as well as a restructured deal for offensive coordinator Darrin Chiaverini. On Thursday, the Board approved the contracts, 7-2. A new, three-year deal for Chiaverini, who was promoted to offensive coordinator by first-year head coach Karl Dorrell, was approved, along […]

Minor League Baseball season officially canceled, and when it does return, the farm system will likely look a lot different

What had long been expected is now official: There will be no minor league baseball season in 2020. Announcement of the official cancellation came Tuesday amid the coronavirus pandemic’s financial blow to all levels of professional baseball. That, as well as Major League Baseball’s proposed contraction of 42 farm teams ahead of 2021, indicates that […]