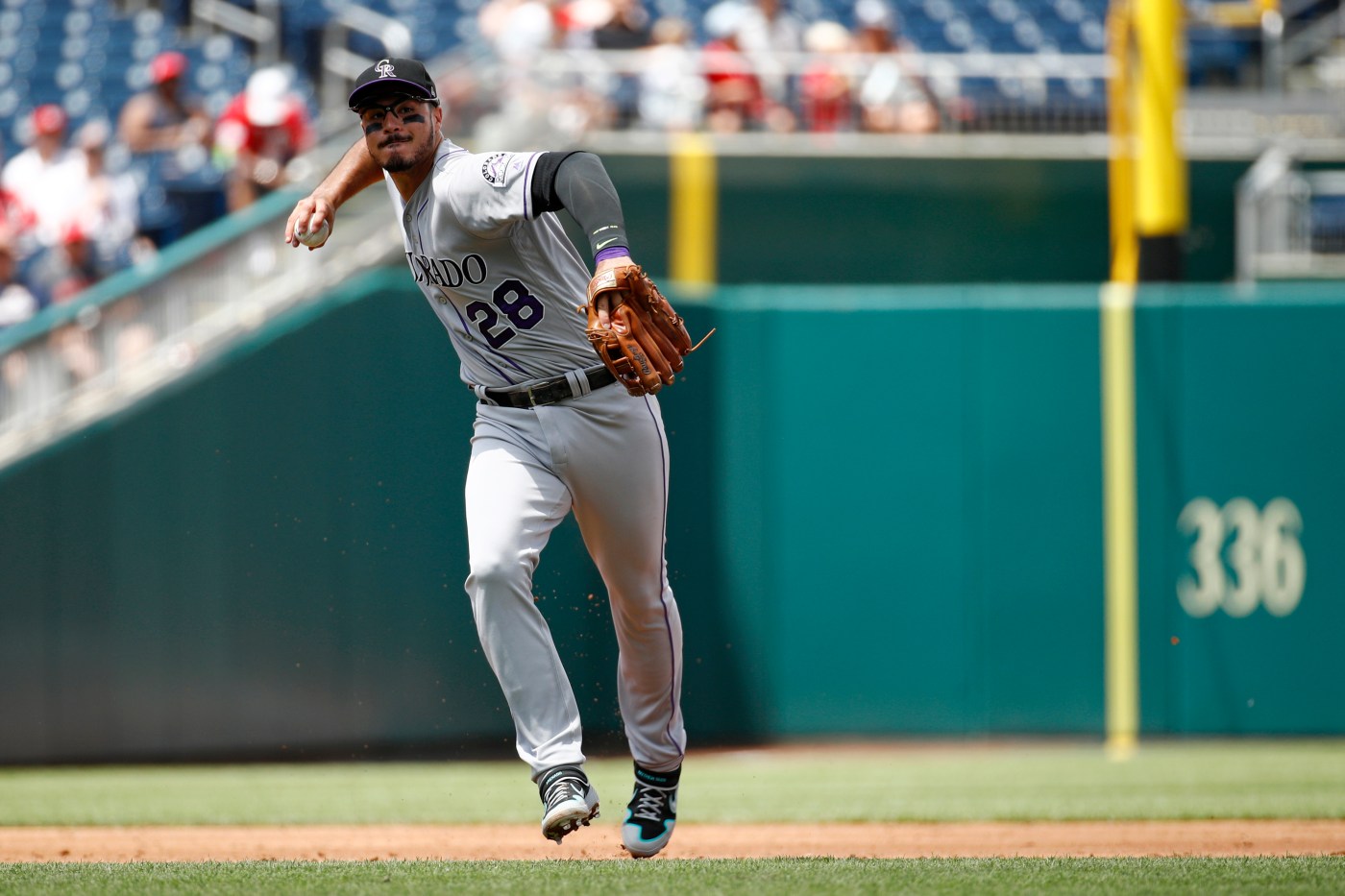 With a trade of Nolan Arenado looking more likely by the week, three particular clubs keep getting tied to a potential deal for the Rockies third baseman.

Those teams are St. Louis, Texas and Atlanta. But who could Colorado feasibly get from each of those organizations that would make it worthwhile to trade a once-in-a-generation third baseman?

Here’s a look at what the Rockies might be able to get. Arenado has $234 million and seven years remaining on his guaranteed deal, which includes an opt-out after the 2021 season and a full no-trade clause.

Rockies Insider: Colorado fans might be enduring the most disheartening offseason in franchise history

Keeler: From John Elway to Peyton Manning to Tim Tebow, why Denver is where I found my mountain

The Cardinals have had a long-standing interest in Arenado, but as The St. Louis Post-Dispatch’s Derrick Goold wrote on Monday, their interest has been “price prohibitive.” Goold said young ace right-hander Jack Flaherty is off limits.

So, if Flaherty is off the table, who might St. Louis be willing to trade?

Versatile three-time all-star Matt Carpenter (owed $39 million through 2021) has been mentioned, although he’s coming off his worst big-league season after hitting .226 in 2019. Young flamethrower Jordan Hicks, coming off Tommy John surgery, could be attractive as a bullpen option. Prospects such as young slugging third baseman Nolan Gorman, near-MLB ready catcher Andrew Knizner and southpaw pitching prospect Matthew Liberatore (acquired last week in a trade with the Tampa Bay Rays) could also be offered up.

The Rangers were the first team seriously tied to trade discussions surrounding Arenado during the MLB winter meetings in early December. Texas has since signed veteran corner infielder Todd Frazier to a one-year free-agent deal, and while he could potentially fill the Rangers’ hole at third base, Texas is still interested in Arenado.

Colorado could look to prospects from Texas, a list of names that might include third baseman Josh Jung (Texas’ top pick in 2019), catcher Sam Huff, right-hander Hans Crouse or right-hander Cole Winn. Winn could be of particular interest to Colorado considering his experience pitching at elevation as a former Silver Creek High School star.

FLACHAU, Austria — Petra Vlhova built a lead of six tenths of a second over Mikaela Shiffrin in the opening run of a women’s World Cup night slalom on Tuesday, 10 days after she beat the American four-time world champion by a big margin in Zagreb. Vlhova, who beat Shiffrin here last year, did not […]

Another Warriors game removed from national TV, making 5 this year

For those concerned the Warriors’ injury-riddled season would be highlighted too frequently on national television, it appears the NBA is liberally using its solution. ESPN has removed the Warriors’ Jan. 22 matchup with the Utah Jazz from its schedule, tossing the broadcast rights back to NBC Sports Bay Area. Instead, the Worldwide Leader will show […]

SANTA CLARA – They teased about this day seven long years ago, when gold-plated shovels went into Silicon Valley dirt to break ground on Levi’s Stadium. Linebacker Patrick Willis, attending that 2012 groundbreaking, was asked if he could envision playoff games at the 49ers’ next home. Willis, still “ecstatic” over his first playoff trip the […]