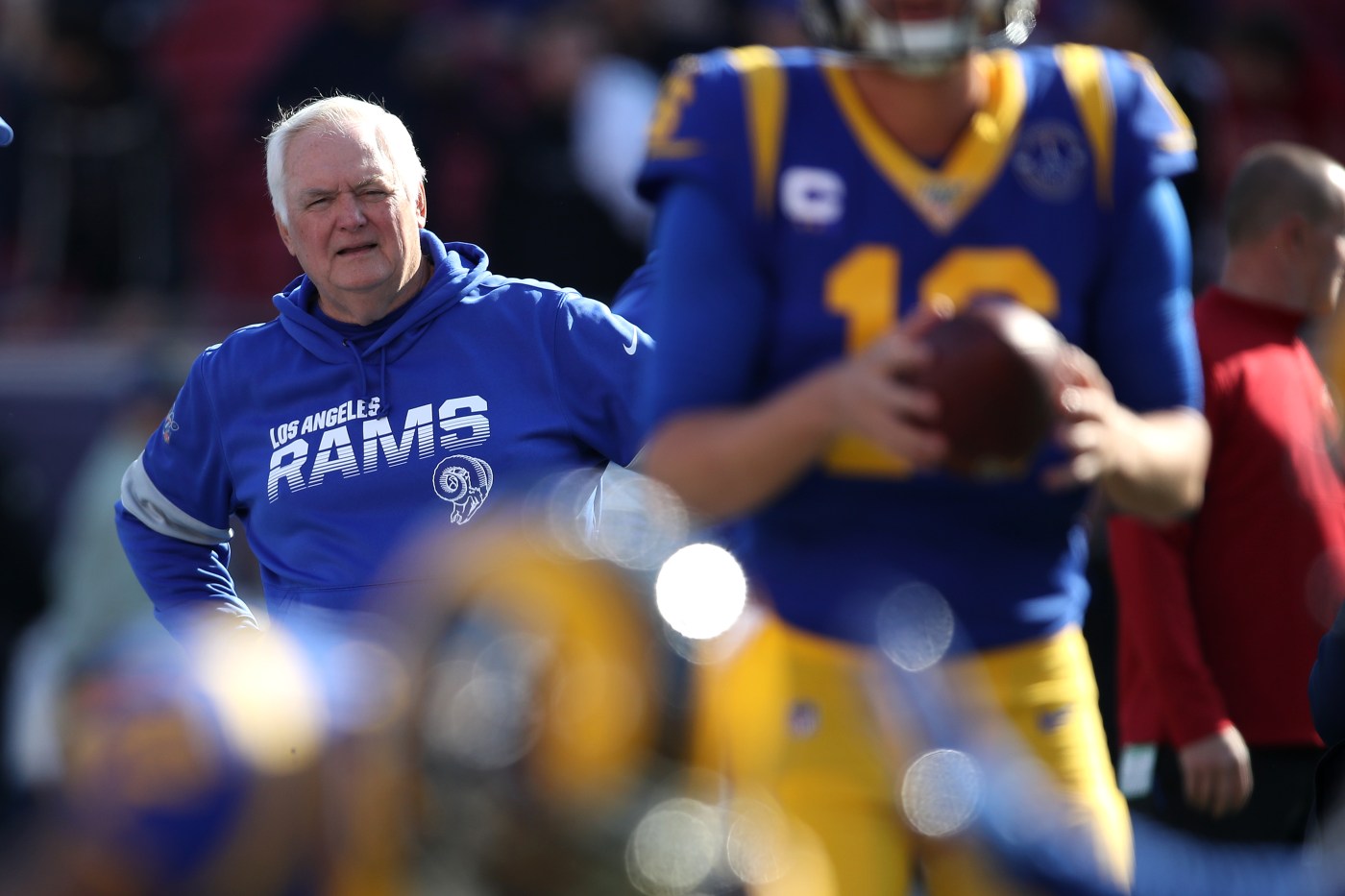 Phillips announced Monday on Twitter that the Rams are not renewing his contract. The 72-year-old says he wants to stay in coaching.

Phillips teamed up on the Rams in 2017 with Sean McVay, who became the youngest head coach in modern NFL history. Phillips provided leadership and veteran perspective to McVay while running a defense that backstopped the Rams to 33 regular-season victories, two NFC West titles and two playoff berths in three seasons.

The Rams won the NFC championship last season, and Phillips’ defense held New England to 13 points in the lowest-scoring Super Bowl ever. But McVay’s offense scored only three points against the Patriots, and its fall from the league’s elite continued this season.

Phillips’ defense remained largely solid this season, as it had been for his entire tenure in Los Angeles. Led by Aaron Donald, the Rams finished near the middle of the league this season in points and yards allowed, but the defense’s bad games were glaring debacles that inflated the statistics of an otherwise above-average unit.

Broncos Review: A by-the-numbers look at the defense, special teams in 2019

Vikings, like Texans, work OT to advance in NFL playoffs

Phillips has coached in the NFL during every season but one since 1976, working for 11 franchises. He was a head coach at Denver, Buffalo, Dallas, New Orleans, Atlanta and Houston.

He coordinated the defense with which the Broncos won the Super Bowl four years ago.

The Rams’ defense consistently outplayed McVay’s offense this season, but its bad games were stinkers. Los Angeles gave up a combined 144 points in losses to Tampa Bay, Baltimore and Dallas while the Rams missed the playoffs by one game.

“I want to thank them for the opportunity to be a part of their success the last 3 years,” Phillips wrote. “Most of all I want to thank the players who I loved working with. I still want to coach and feel I can contribute.”

High school basketball roundup: O’Dowd, Bellarmine get back on track

Put it this way, Bishop O’Dowd vs. San Leandro doesn’t lack in drama. As Friday night’s JV basketball game prolonged between the schools separated by 3.1 miles, the gymnasium kept filling up to capacity. This required the stage to open for more fans to watch the action between these rivals. In the end, O’Dowd snapped […]

After serving as an assistant captain for the past three contests, former San Jose State women’s golfer and current assistant coach Pat Hurst has been named the captain of the 2021 United States Solheim Cup team, as announced by the LPGA. The 50-year-old Hurst was an assistant to Juli Inkster for the matches against Europe […]

Sharks’ Tomas Hertl on NHL All-Star nod: “I will be enjoying every moment”

SAN JOSE — Tomas Hertl is still dealing with the lower body issue that caused him to miss four games in late November, so he might have been able to use the extra days off over the NHL’s All-Star weekend. Still, Hertl said, it’ll be an honor for him to play in the event for […]