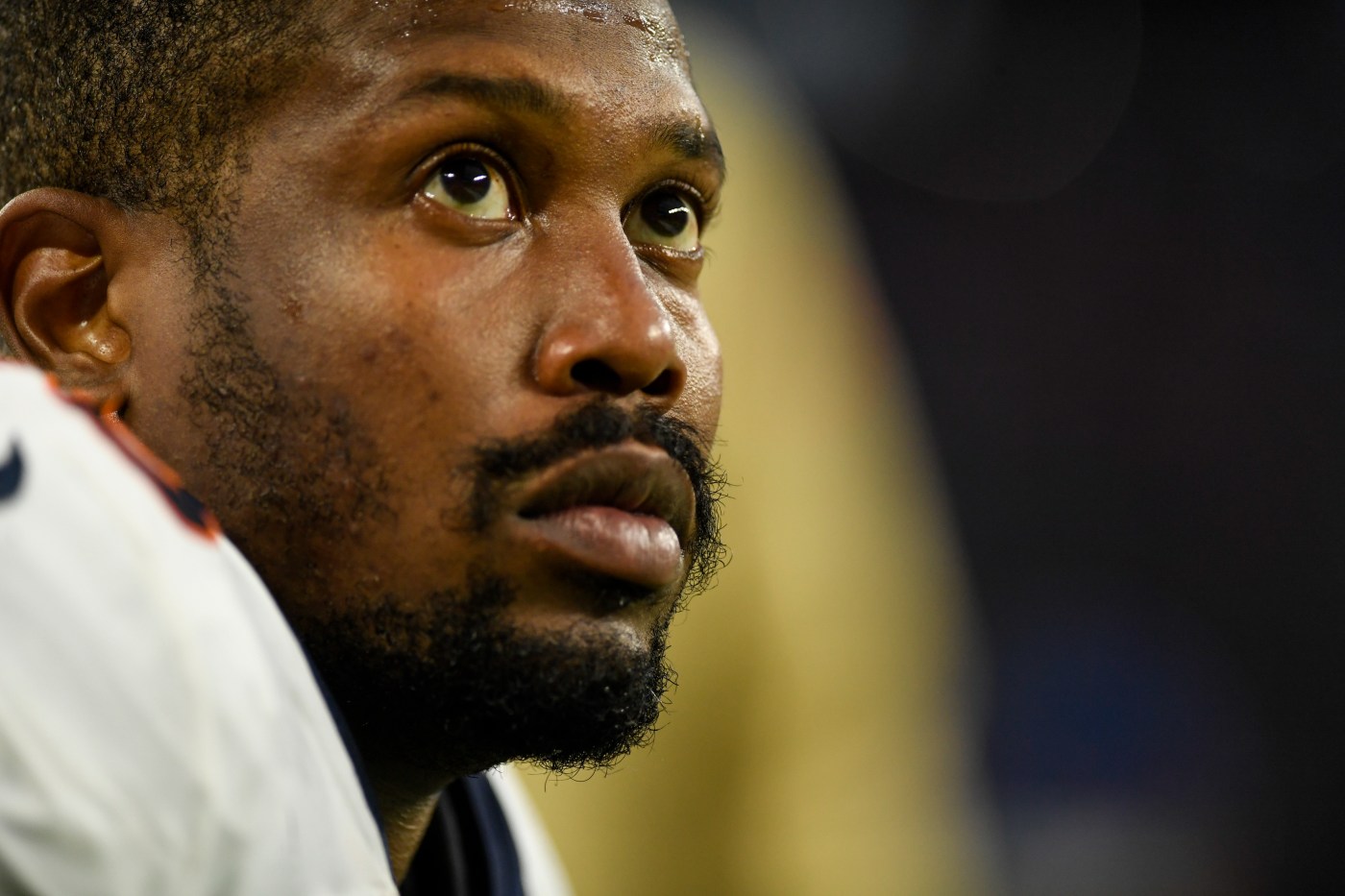 The Parker Police Department has turned over its criminal investigation of Denver Broncos linebacker Von Miller to the Douglas County District Attorney’s Office.

Prosecutors have not yet decided whether charges will be filed as a result of the police investigation, said Vikki Migoya, a spokeswoman with the DA’s office.

Neither prosecutors nor police have detailed the nature of the investigation into the Broncos star.

Police on Tuesday described their investigation of allegations against Miller as “extensive.”

The DA’s office is now reviewing the case, which came to light in January.

Since joining the Broncos in 2011, Miller has run into traffic problems in Colorado. In August of 2011, he was arrested after failing to appear on misdemeanor traffic charges. A month later, he was cited for driving with a suspended license, and he also pleaded guilty to three traffic offenses from 2012 to 2013. He was ordered to complete 24 hours of community service and take a driving class.

In August 2013, he was suspended six games by the NFL for violating the league’s policy on performance-enhancing drugs.

Miller, 31, missed the entirety of the Broncos’ 2020 season after sustaining an ankle injury in practice a week before the season opening game.

How the Avalanche overcame frustration of 8-hour sun delay for outdoor game victory: “I thought we were just going to grind it out”

A high-altitude sun beat down on the outdoor ice at Lake Tahoe on Saturday afternoon when the NHL postponed the Avalanche-Golden Knights game for eight hours. The decision appeared far from unanimous among Colorado players. Gabe Landeskog: “They didn’t want to play, it seemed like. But we did.” Nathan MacKinnon: “The ice was bad but […]

Carmelo Anthony’s had a rough run in Denver since he was traded from the Nuggets a decade ago. The Nuggets’ No. 3 overall pick in 2003 has gone winless in the Mile High City against his former team since it traded him to the Knicks in 2011. His teams’ record when he’s played against Denver […]