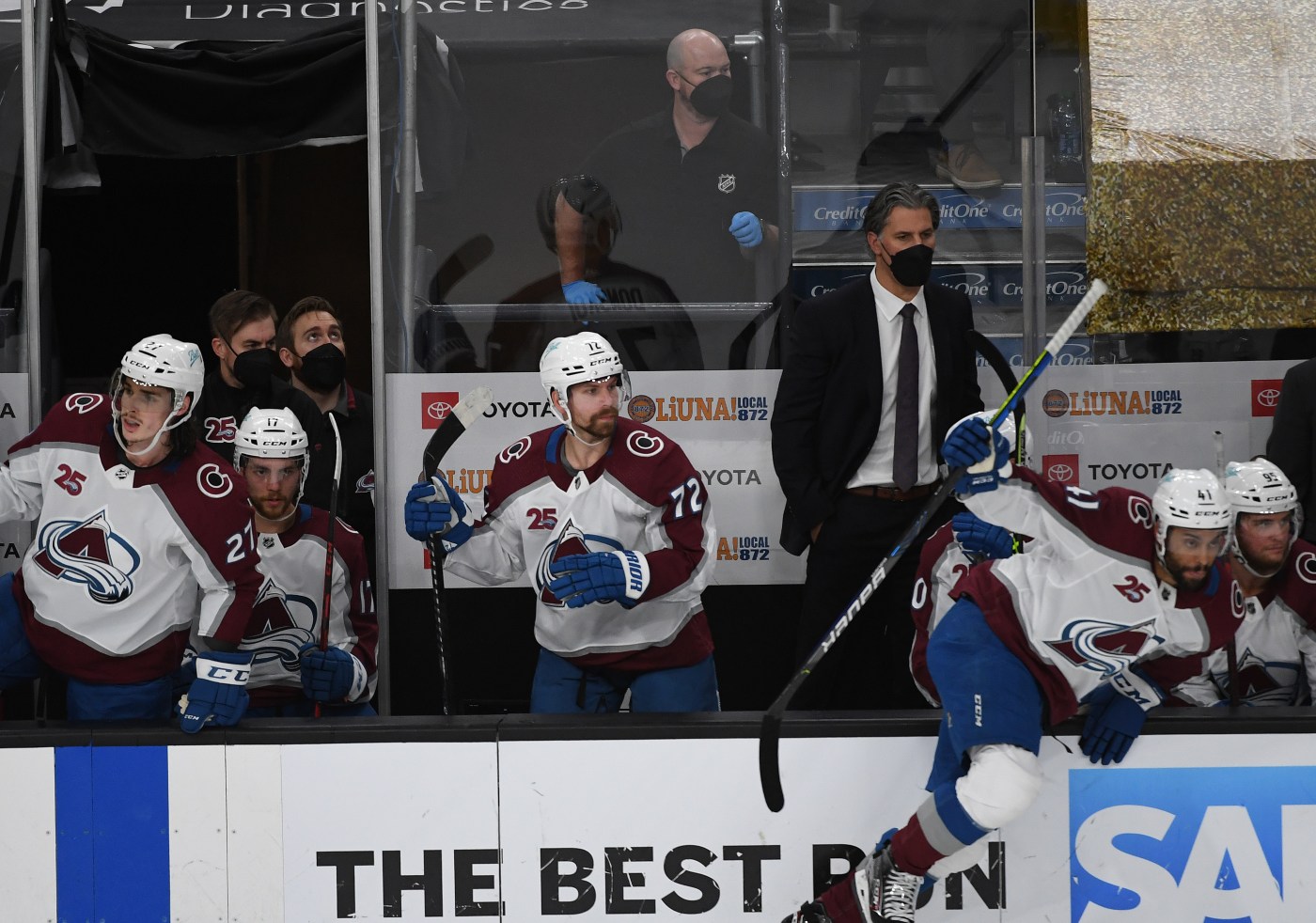 LAS VEGAS — In the end, it was a colossal Colorado collapse for the NHL’s Presidents’ Trophy champions.

A club-record 6-0 start to the Stanley Cup playoffs somehow morphed into a four-game losing streak, capped off by a 6-3 loss to Vegas here late Thursday. Colorado’s season ended in the second playoff round for the third consecutive season.

The Avs, who scored 23 seconds into Thursday night’s Game 6 at T-Mobile Arena, went down fighting at what the Vegas Golden Knights dub the “Fortress.” But two Colorado defensive-end turnovers led to Vegas goals.

Vegas, which got the game-winning goal in the final minute of the second period and poured it on in the third, became the fourth team in NHL history to win a best-of-seven series against the league’s No. 1 seed after losing the first two games. Chicago did so in 1962, Montreal in 1965 and Boston in 2011.

Vegas advances to play the Canadiens in the Final Four.

Vegas scored two goals in the first period and another two in the second en route to a 4-3 lead, though being outshot 22-16 to that point.

Avalanche goalie Philipp Grubauer had his worse game of the playoffs.

With the score tied 2-2, Grubauer wasn’t to blame on a lucky bounce off the stick of fourth-line forward Keegan Kolesar, who was not in a position to score. But after the Avs forged a 3-3 tie on the first goal of the playoffs by winger Andre Burakovsky, Vegas scored with 18 seconds left in the period to regain a lead it would not give up.

It was ugly breakdown, another failed defensive-zone exit, this time by defenseman Patrik Nemeth, whose back-hand chip off the glass was blocked by center Chandler Stephenson. The puck went to Alex Tuch, who intentionally caromed the puck off the end boards behind Grubauer. . Defenseman Alex Pietrangelo read the play, pinched in and beat the sprawled Grubauer with plenty of net to shoot at.

The Avs got second-period goals from Mikko Rantanen (power play) and Burakovsky to forged 2-2 and 3-3 ties. Rantanen capitalized on the game’s only penalty through 40 minutes — Pietrangelo’s delay-of-game for shooting the puck out of play.

The Avs had a great start, scoring 23 seconds into the game and getting the reemergence of star center Nathan MacKinnon. But Vegas took a 2-1 lead into the first intermission and Avs defenseman Sam Girard was minus-2. Girard wasn’t to blame on the first goal-against — that was mostly on Grubauer — but he and Gabe Landeskog messed up a zone exit that led to Vegas’s second score.

At 1-1, Landeskog was first to the puck on a Vegas dump-in. He had pressure from Knights forward Jonathan Marchessault but support from Girard — and an option to pass it to Cale Makar behind the net. But Landeskog slid it up to Girard, who looked stuck in mud. William Karlsson gained possession, slid the puck to defenseman Alec Martinez and he hammered in the return pass.

Keeler: While Joel Embiid and Steph Curry campaigned, Nikola Jokic let his play do the talking when it came to NBA’s MVP award

Joel Embiid politicked. Steph Curry lobbied. Nikola Jokic shrugged. “I didn’t come here to want to be MVP of the league,” the Nuggets center told ESPN’s Rachel Nichols in an interview posted online April 30. “I always think someone is better than me. I want to compete to beat him. Just by that mentality, I’m […]

There have been a lot of no-hitters in Major League Baseball this year. Six have been thrown through the first two months of the season — the most since 2015 when seven were recorded. This means there’s plenty of time left for more to come. So who could be next? Washington right-hander Max Scherzer is […]