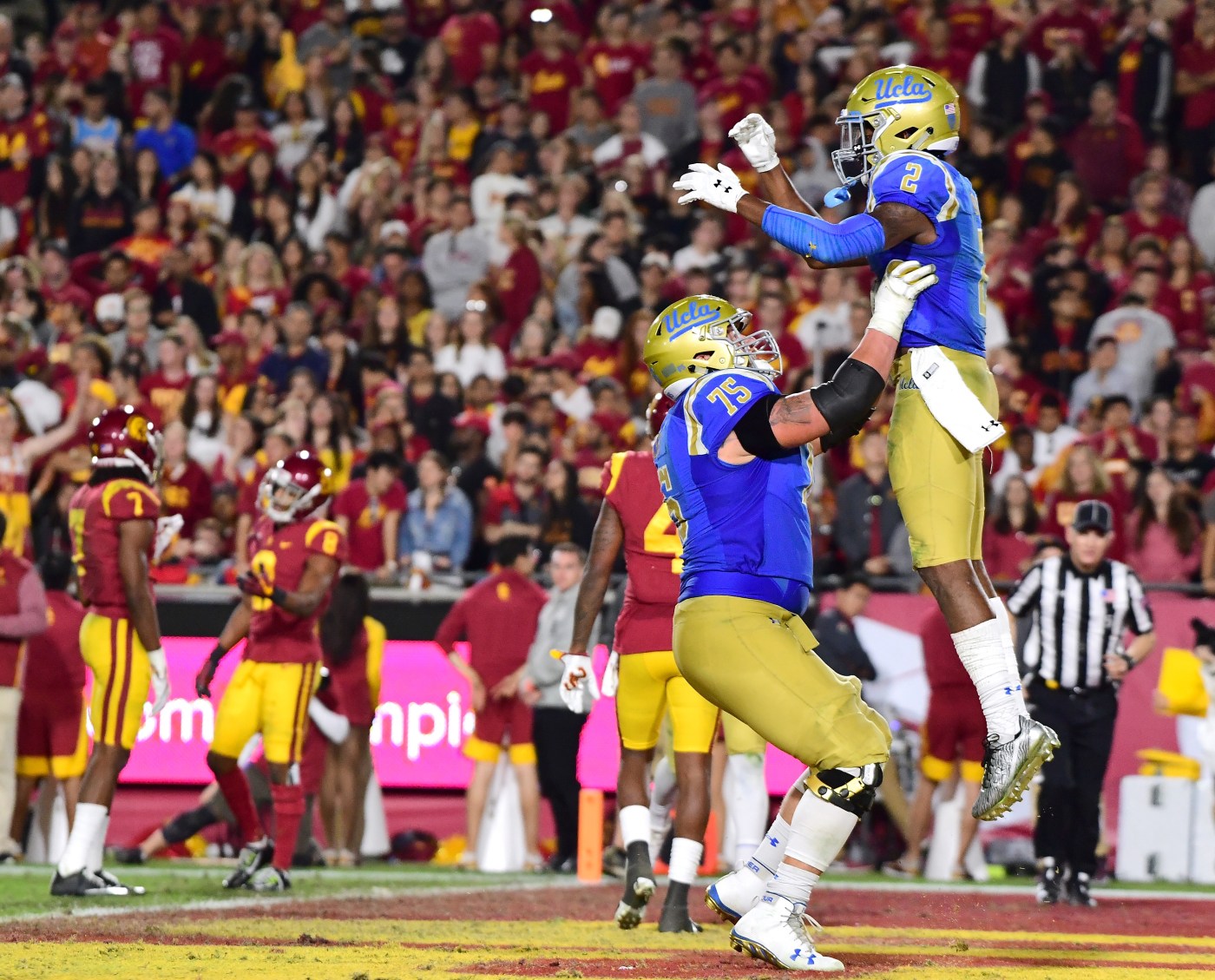 An unprecedented situation called for an unusual maneuver.

The athletic directors at USC and UCLA joined forces and held a joint Zoom call with Los Angeles County health officials Wednesday evening to clear a path for the football teams to begin practicing, according to sources familiar with the discussions.

“It was encouraging,” one source said.

So encouraging that the teams are preparing to conduct full-squad practices once Pac-12 presidents approve that step, a move that could come as soon as Friday.

The development — in which USC’s Mike Bohn and UCLA’s Martin Jarmond banded together to gain clarity from health authorities — is the latest significant development in the Pac-12’s collective push to return to play.

Earlier Wednesday, California Governor Gavin Newsom lifted the state health restrictions that had prevented the four California schools from conducting traditional practices. For instance: cohorts of no more than 12 players.

(Oregon’s Kate Brown did the same for Oregon and Oregon State.)

Sources said the L.A. County officials indicated they would not stand in the way of the Bruins and Trojans practicing in 11-on-11 fashion with full contact.

The Rams and Chargers, based just a few miles from USC’s campus, have been practicing for weeks.

But freedom for the California Four isn’t yet complete. Stanford and Cal still must work with their local officials — Santa Clara County and the City of Berkeley — to receive clearance.

The development in Los Angeles County could help facilitate the lifting of restrictions in the Bay Area, given that Covid-19 is more prevalent in Southern California.

The Pac-12 presidents will meet Friday and could approve a return-to-play process, either by formal vote or general consensus.

Central to that discussion will be whether the teams must wait for the rapid-response antigen tests expected at the end of the month.

If the teams begin practicing late this month, the season could begin on halloween.

In addition, USC and UCLA have received approval for indoor athletic activity, sources said, a key step in the return of basketball.

The NCAA announced a Nov. 25 start for the basketball regular season, meaning Pac-12 teams must be on the court in late October for practice.

The clearance provided by L.A. County earlier this week should allow the Bruins and Trojans to hit that target.

*** Pac-12 Hotline is not endorsed or sponsored by the Pac-12 Conference, and the views expressed herein do not necessarily reflect the views of the Conference.

Broncos outside linebacker Von Miller sustained an ankle/lower leg injury during Tuesday’s practice, according to a source. The injury was first reported by the NFL Network. Because of poor weather conditions, the Broncos practiced inside for the first time since they opened training camp. It was also the first practice that was open to the […]

Nine questions before the 49ers make their roster cuts

SANTA CLARA — Few roster dilemmas exist before Saturday’s 53-man roster unveiling by the 49ers. Surprises could happen, however. The 49ers could shuttle some players on and off injury lists, while also selling castoff veterans on joining the expanded practice squad at a steep pay cut. Here are nine questions to ponder regarding nine positions: […]