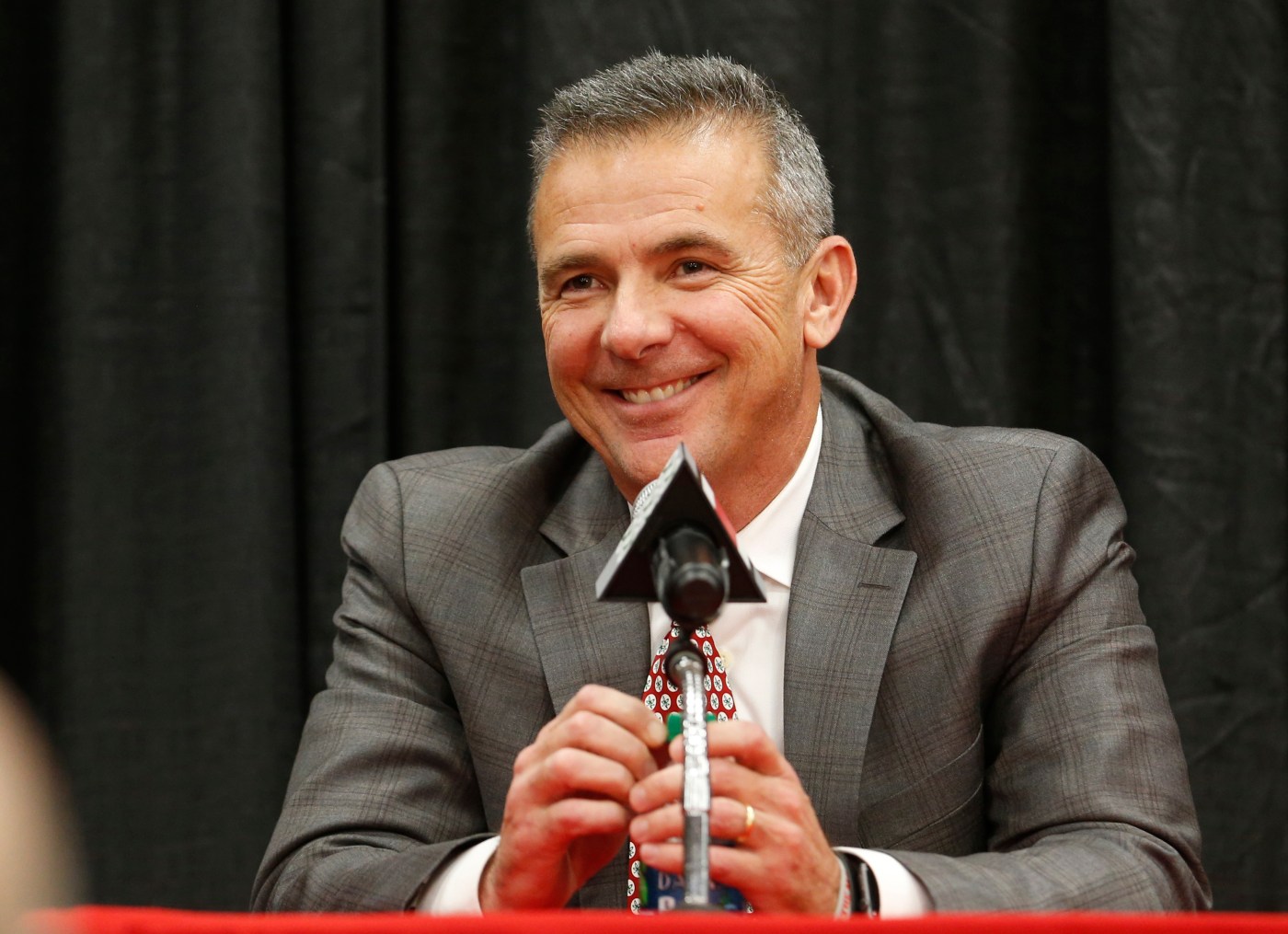 JACKSONVILLE, Fla. — Urban Meyer agreed to become head coach of the Jacksonville Jaguars on Thursday, leaving the broadcast booth and returning to the sidelines after a two-year absence that followed another health scare.

The 56-year-old Meyer was team owner Shad Khan’s top target, and Khan waited nearly a week to get it done. They met last Friday on Khan’s yacht in Miami, again Wednesday and one final time at the facility Thursday. Hiring the longtime college coach with three national championships would signify a new direction for a franchise that has lost 105 of 144 games since Khan took over in 2012.

“This is a great day for Jacksonville and Jaguars fans everywhere,” Khan said in a statement. “Urban Meyer is who we want and need, a leader, winner and champion who demands excellence and produces results.

“While Urban already enjoys a legacy in the game of football that few will ever match, his passion for the opportunity in front of him here in Jacksonville is powerful and unmistakable.”

But some doubts remain about Meyer’s ability to make a smooth transition to the NFL, where motivational tactics tend to be moot and losing multiple games every year is a given. Meyer never lost more than five times in any season as a college head coach; he went 83-9 at Ohio State.

Still, Meyer has been eyeing an NFL move for months. He researched the league with help from former players and friends, started assembling a potential staff and learned how the front office works. Meyer and Khan have been friends for years, building a relationship while both were living in Big Ten country.

Jacksonville was the most attractive opening. The Jaguars have 11 picks in the 2021 draft, including five in the top 65, and are nearly $100 million under the projected salary cap. Adding to the appeal: Khan, a billionaire businessman, has shown a penchant for patience and a willingness to spend big.

Clemson quarterback Trevor Lawrence is a lock to land in Jacksonville with the top pick and will be the centerpiece of the team’s latest rebuild.

Meyer replaces Doug Marrone, who was fired after losing the final 15 games in 2020. Marrone went 25-44 in four-plus seasons with the Jaguars, including 2-1 in the 2017 postseason. Marrone failed repeatedly to fill the team’s long-standing hole at quarterback, and Khan kept him and general manager Dave Caldwell around a year longer than many expected to make them clean up a fractured locker room and a stressed salary cap.

The general belief was the job was Meyer’s if he wanted it. He clearly did, …read more

Lindsey Horan back with U.S. national team after recovering from COVID-19

Lindsey Horan says she felt miserable when she caught COVID-19 late last year but she’s grateful it wasn’t worse. The 26-year-old midfielder was set to accompany the U.S. national team to the Netherlands for their final match of the year when U.S. Soccer announced her diagnosis on Nov. 18. Now back with the team in […]

NEW YORK — For a man who first appeared on television when he was 2, showing Bob Hope how he could already swat golf balls, the public actually knows little about Tiger Woods. Getting behind carefully-constructed walls was the challenge faced by filmmakers Matthew Hamachek and Matthew Heineman, whose two-part HBO documentary “Tiger” starts Sunday at 9 […]

Kiz vs. Chambers: Who will be odd man out in Avalanche’s log jam at blue line?

Kiz: While I still have doubts about Philipp Grubauer being a championship-level goaltender, I have to absolutely agree with general manager Joe Sakic that he has put a very solid defense in front of Grubauer. Kudos to Sakic for rebuilding what was long the weakest part of the Colorado roster. Now the Avs have more […]