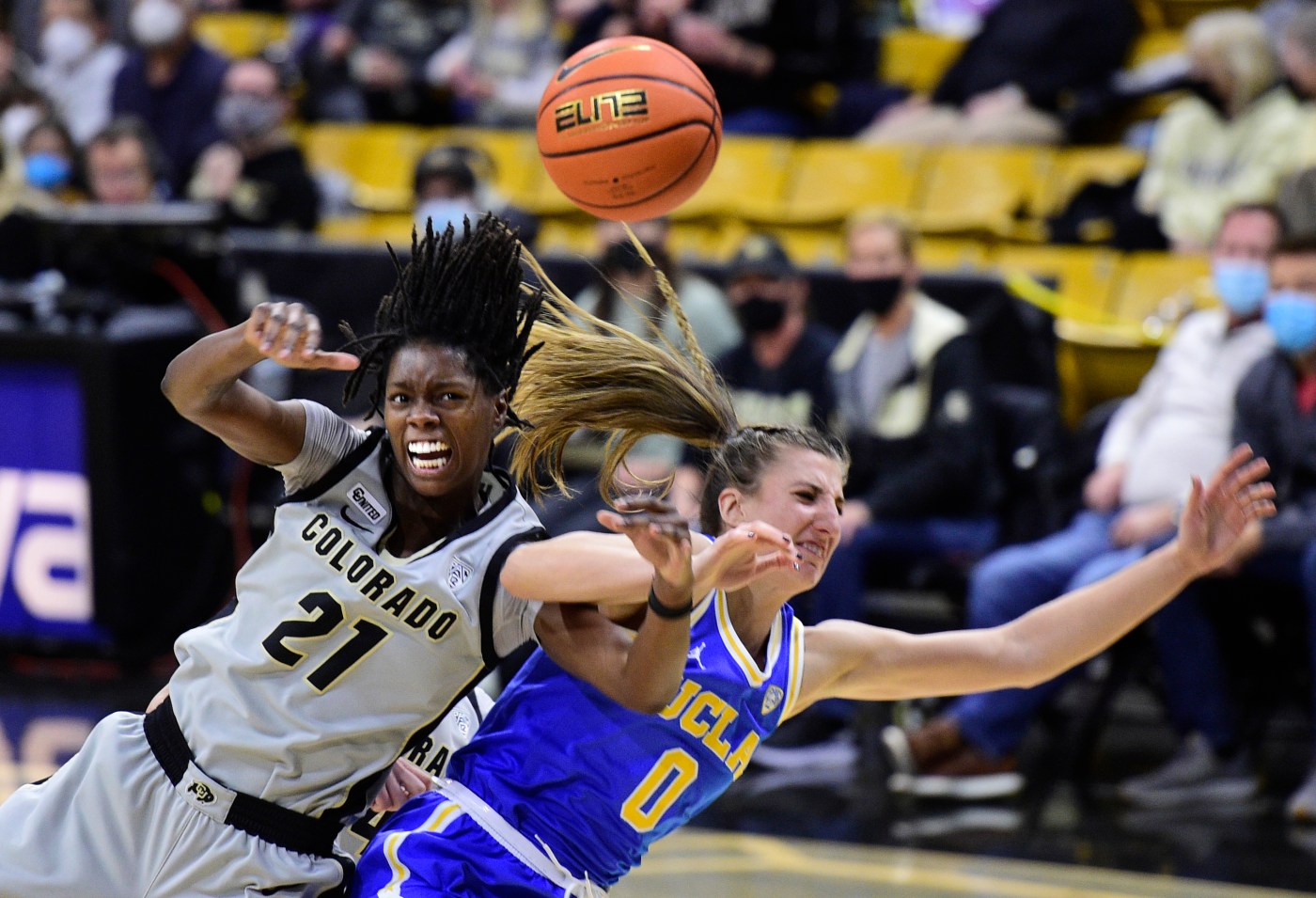 It was a victory worth hyping. After all, it marked the Buffaloes’ first-ever win over a No. 1 team. But, really, it was just a stepping stone for a rebuilding program.

Friday night, however, the undefeated and 22nd-ranked Buffs (13-0) have a chance to make a giant leap when they host the Cardinal at 7 p.m. Second-ranked Stanford (11-3) is the defending national champion. And don’t let the Cardinal’s three losses this season fool you. All three defeats came against ranked teams, including a 65-61 loss at No. 1 South Carolina on Dec. 21.

“Stanford is a great program and it’s always been a great program,” CU junior guard Jaylyn Sherrod said. “So picking up another win against them would be huge for us.

“Playing Stanford is always a lot of fun and we always play them close. Last year we finally got over the hump when we beat them, so we’re approaching the game this year to show that we can compete with anybody. That’s what this game is about for us.”

The Buffs haven’t been to the NCAA Tournament since 2013 but they’re off to their best start since 1992-93.They’re led by fifth-year senior forward Mya Hollingshed, who has three double-doubles and leads the team in scoring, averaging 14.6 points per game. Hollingshed scored a career-high 32 points in CU’s win over Stanford last season.

Make no mistake, Stanford is still Goliath. And while CU has played a relatively weak non-conference schedule, coach JR Payne believes in her team and the direction of the program.

“We are a really good team and we have been building toward this,” Payne said. “We’ve got depth and talent. We’ve got players all the way from fifth-year seniors to freshmen who are contributing, so there is balance. And we are fun to watch. We play an up-tempo style that is fun to watch.”

Monday, Sherrod was named the Pac-12 Conference player of the week, as well as national player of the week, for her performance in the Buffs’ victories over Southern California and UCLA. It marked CU’s first-ever sweep of the Los Angeles-based teams. Sherrod averaged 20.0 points, 8.0 assists and 3.5 rebounds in those victories.

A hip injury that required surgery cut Sherrod’s sophomore season short, so she spent her time watching from the bench, learning the game.

“My basketball I.Q has grown,” she said. “Being on the bench and sitting behind ‘Coach J’ allowed me to see the things she sees on the floor.”

Sherrod, a fast, athletic player who likes to push the action, has transferred that knowledge to the court.

“By the end of last year, she had developed a kind of coach’s mindset,” Payne said. “And Jaylyn is the kind of person who wants to be the first in everything. She wants to be first in sprints, she wants to be a 4.0 student. She will attack anything you put in front of her and she’ll attack any perceived weaknesses.

“Her freshman year she …read more

Avalanche rookie defenseman Bo Byram did not practice Thursday and remains on personal leave, the team said. Byram, 20, had at least three concussions and multiple setbacks in 2021 and was a late scratch ahead of Tuesday’s 4-3 overtime loss at Nashville. His father, Shawn Byram, told The Athletic that his son wasn’t feeling well […]

Teddy Bridgewater on first — and maybe only — season with Broncos: “Breath of fresh air”

When quarterback Teddy Bridgewater’s season ended in the Week 15 loss to Cincinnati due to a concussion that required him to be taken off the field via stretcher, he had one regret: The Broncos’ record wasn’t better than 7-6. “It’s a little difficult knowing you didn’t put the team in a position where, if something […]

Dave Hyde: Patriots off to playoffs with new QB; Dolphins off to Year 4 of rebuild looking for new QB

Here’s how you pick a quarterback. Here’s how you spend big free-agent money. Here’s how you build an offensive line. The New England Patriots come to Hard Rock Stadium on Sunday to school the Miami Dolphins in the regular-season finale and the question for a 21st straight year is if the Dolphins take notes. The […]