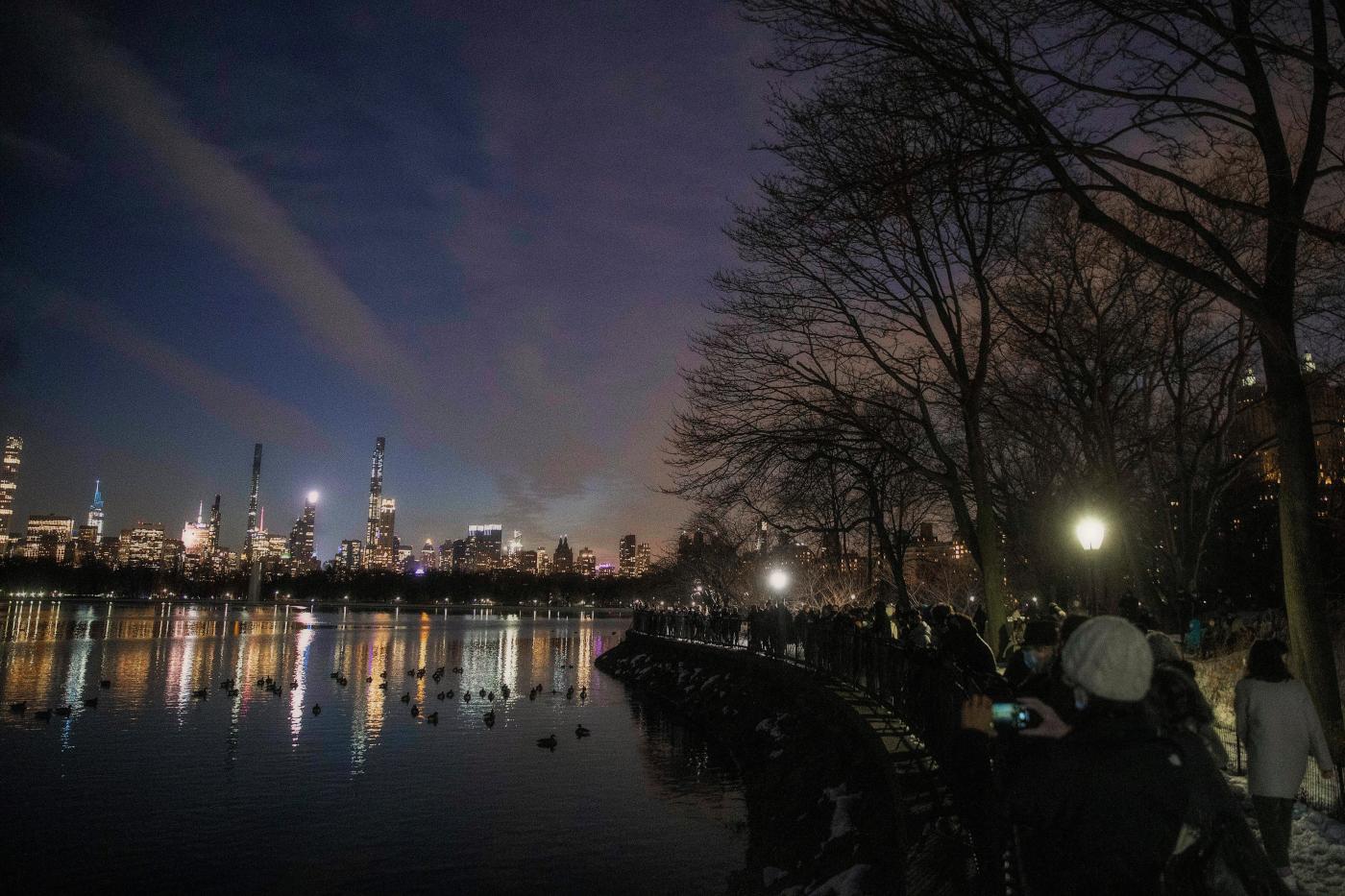 NEW YORK — In 2018 it was the Mandarin duck. In October it was the barred owl. Just weeks ago it was the snowy owl.

All three avian species catapulted to celebrity status after they landed in Central Park, becoming the subject of news reports from Manhattan to India and attracting gaggles of groupies, snapping away on their smartphones.

These rare glimpses of nature in the heart of New York elicit a dose of joy in the best of times. But those feelings of uplift are magnified during the pandemic, when so many people are seeking respite in the outdoors.

Behind these idyllic encounters with nature, however, a vigorous debate is roiling the city’s birding community.

On one side are people eager to broadcast these flying visitors on social media, which they say allows birders to catch a glimpse of species they might otherwise never see.

On the other are birders who believe that indiscriminately publicizing the locations of sensitive birds attracts hordes of gawkers, who can disturb the animals, and violates the serendipitous aspect of birding.

Perhaps the most prominent of the avian paparazzi is David Barrett, whose Manhattan Bird Alert account on Twitter, which has more than 42,000 followers, has turned birds into boldfaced names.

“The main attraction of the account is the high level of bird photography and videography, but serious birders still do get their rare bird alerts,” Barrett said, adding that his account helped “make everyone’s birding more effective.”

But to Ken Chaya, president of the Linnaean Society of New York, one of the city’s oldest birding organizations, Barrett’s account seems focused more on self-promotion than protecting birds.

“There’s a fine line between sharing information about a sensitive bird and creating a flash mob,” Chaya said, adding that when you have tens of thousands of followers, “you can’t know all of them or how they behave.”

Despite near-record avalanche death toll in Colorado, lure of the backcountry still powerful for many

Despite great snow, ski traffic on Presidents Day weekend was down

DeCandido’s critics claim that he harasses birds by luring them closer with recorded bird calls and by illuminating owls during nighttime excursions.

Debbie Becker, who for about 30 years has led her own bird walks in the New York Botanical Garden, described using recorded bird sounds as “extremely detrimental to the birds.”

YOSEMITE NATIONAL PARK, Calif.– Two skiers navigated a thin layer of snow with no margin for error down the precipitous shoulder of Half Dome in Yosemite National Park and alternately skied and rappelled back to the valley floor in an unusually daring feat. Jason Torlano, 45, and Zach Milligan, 40, completed the descent in five […]

Denver Post sports writer Patrick Saunders with the latest installment of his Rockies Mailbag. Pose a Rockies — or MLB — related question for the Rockies Mailbag. Who is going to play rhythm and blues for all the fans as they shed tears of sorrow for Nolan Arenado? Fans on Blake Street know St. Louis is […]