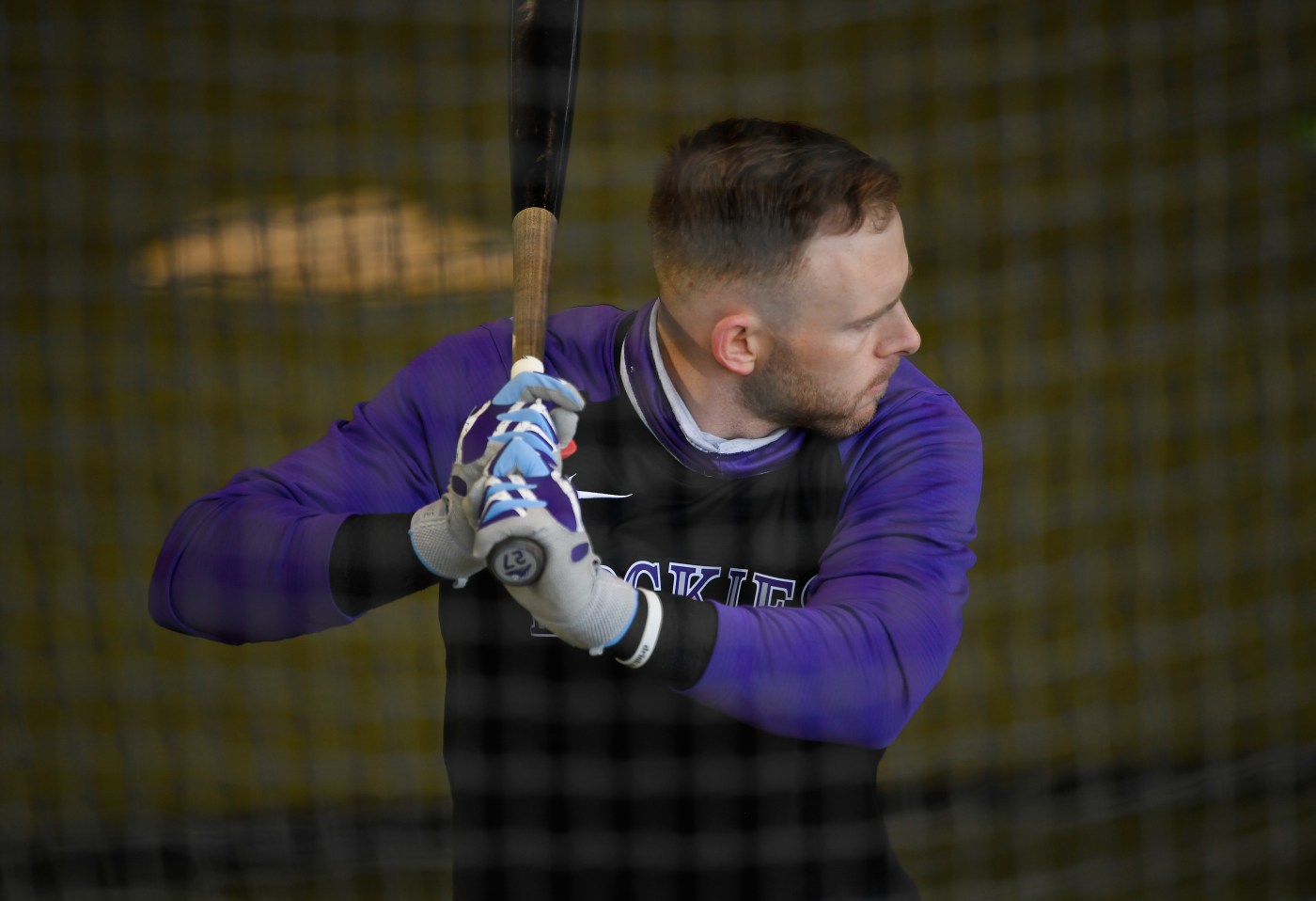 SCOTTSDALE, Ariz. — Star shortstop Trevor Story has become adept at deflecting questions about his future with the Rockies, but he’s not shy about addressing one of his goals.

On Tuesday, as the Rockies held their first full-squad workout of spring training, Story said he wants to be a 30-30 man: 30 home runs, 30 stolen bases in a season.

“I felt like I was on a good pace last year,” he said of the 60-game season. “Obviously, we didn’t play enough games, but that’s always been on my radar to do that.”

Story — eligible to become a free agent after this season, which has led to persistent trade rumors — said he has not talked to the Rockies about a contract extension.

“I’m focused on personally being the best teammate I can be,” he said. “I try not to look too far ahead. I’m trying to be where my feet are, which is right here in spring training with the Rockies.”

First impressions. Right-hander Jordan Sheffield, selected by the Rockies from the Dodgers in December’s Rule 5 draft, holds a career 3.58 ERA in Double-A but hasn’t pitched above that level. Because of his Rule 5 status, however, the Rockies must keep him on their major-league roster.

So what are manager Bud Black’s impressions of Sheffield?

“I like the arm,” Black said. “It’s a live arm. You can tell there’s some fastball velocity (in there) with some life to it. He’s got a hard slider, a hard breaking pitch, a sort of a hard slurvish breaker, and he’s got a feel for a changeup.

“I think that with Jordan, there’s no doubt it’s major league quality stuff across the board: velocity, secondary (pitches), the arm-work is nice, the delivery looks good. But, again, his bugaboo in the minor leagues has been the walks.”

Scouting McMahon. Ryan McMahon has the unenviable task of replacing Nolan Arenado at third base. But Black is certain that McMahon will play the position well, especially since McMahon played third in the minors.

“At first, second or third, he’s an above-average defender on a scouting scale,” Black said. “He proved that at second, definitely at first, and he’s potentially going back to the position he’s most comfortable with.

“It’ll be fine. He’s got as good arm strength as any infielder in the game.”

Newman: Soak in shortstop Trevor Story while you can, before the Rockies probably trade him away, too

The fourth and final meeting of a four-game West Division heavyweight tilt went to the Vegas Golden Knights, who defeated the Avalanche 3-0 on Monday night at Ball Arena to salvage a split of the series. Three Vegas forwards had big games and goalie Marc-Andre Fleury made several outstanding saves en route to his second […]

With his million dollar smile and a finger pointed directly at the reporters on the postgame Zoom call, Michael Porter Jr. let loose one of his most candid comments since the Bubble. Asked why he felt more prepared on defense – a comment he’d made just minutes earlier – Porter knew where he wanted to […]