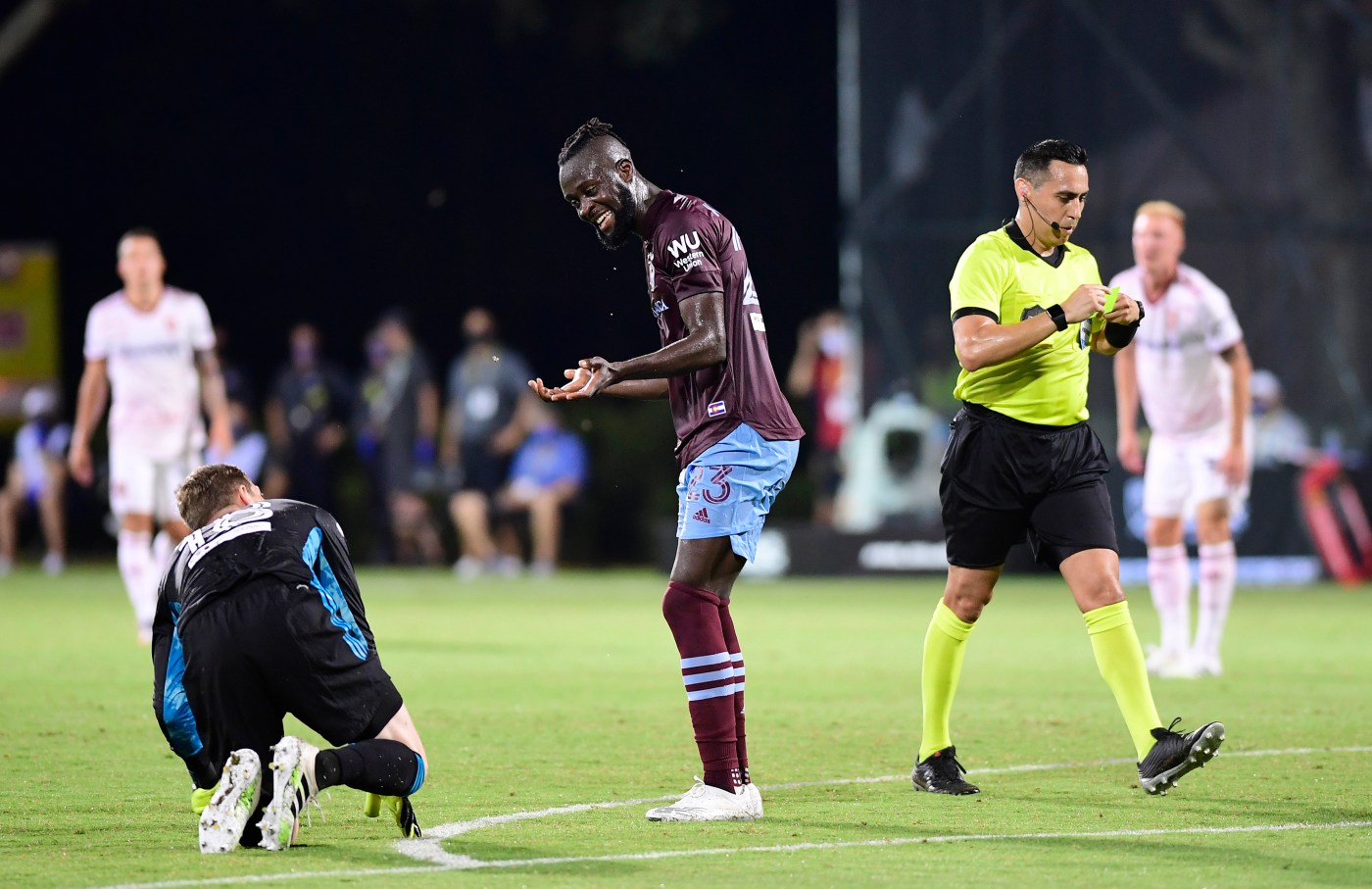 Kei Kamara netted 17 goals over 38 matches in burgundy. But by September of this year the Colorado Rapids opted to emphasize their young talent — making the 36-year-old Sierra Leonean expendable.

A trade to Minnesota was soon constructed, and the fifth leading scorer in MLS history was sent packing.

Fast forward two months later, and the two sides are meeting in the playoffs Sunday night, giving Kamara the chance to end his old teammates’ season.

“It’s going to be weird with Kei on the other side,” Rapids teen sensation Cole Bassett said. “When he first came in I knew him as an MLS legend. I didn’t really know Kei the person. He taught me about the relationships a striker has with other players. He taught me certain aspects of the game that we worked out together after training. He also taught me how to be a good pro and to enjoy every single day.”

In desperate need of a striker, Minnesota swopped in to acquire Colorado’s leading scorer in 2019. Since Kamara’s addition, the Loons have played nine matches and are unbeaten in the last eight.

“We were light in that area, Kei gives us his personality. He’s larger than life,” Minnesota coach Adrian Heath said. “He wants to win, he knows what age he is and he knows these opportunities are drying up. Kei wants to make a mark on these playoffs, not just make them.”

Kamara was one of four Loons players to be called up to their respective national team the past 10 days. Initially, it appeared those players would be stuck in quarantine coming back to the United States, but MLS worked around COVID regulations by chartering flights. Minnesota would’ve been hit harder by these losses than any other team in the playoffs.

“We’ve been under the assumption for a while that they’ll have everyone and that’s how we’ve been going about it,” Robin Fraser said.

Like the Loons, the Rapids will have their striker back from international duty. Rubio traveled to Chile but was exposed to somebody with coronavirus on his trip, forcing him to return to Colorado. He has been in isolation and unable to join the team for training, but the club says he is expected to play Sunday, though he may not start.

Rubio assisted on the Rapids’ lone goal in their 2-1 loss in the Twin Cities in October. That match was the second after a month-long layoff due to a team-wide COVID-19 outbreak. The game-winning-goal came in the final moments when Lalas Abubakar scored on his own net.

“We learned (from that match) that we probably shouldn’t take a month off before playing a big team,” Fraser joked. “We were really trying to find ourselves at the time we had just come back. If you give them half an inch they have so many talented players. They’re a very good team.”

Minnesota United FC has only lost one game at Allianz Field in Saint Paul, Minn., this year. The Rapids ended the season tied for the most road wins in all …read more

Utah State at Wyoming football game canceled due to COVID-19

The Utah State at Wyoming football game scheduled for Thursday has been canceled due to concerns of COVID-19. The Mountain West Conference on Wednesday canceled the game and declared a no-contest decision after there was an uptick of COVID-19 cases in Utah State’s football program. There is no plan to reschedule the game, the conference […]

Alex Smith is showing why Ron Rivera wanted an experienced quarterback to start for Washington, and has the team in position to compete for a division title because the NFC East is so weak. Smith calmly guided Washington to a 20-9 comeback victory against Cincinnati on Sunday after No. 1 overall draft pick Joe Burrow […]

Broncos quarterback Drew Lock had no reason to be confident when offensive coordinator Pat Shurmur’s game plan began to download onto his iPad last week. Lock had thrown 10 interceptions in the last five games and the offense was mired in a season-long funk. Plus, he was nursing an injury to his chest. But … […]