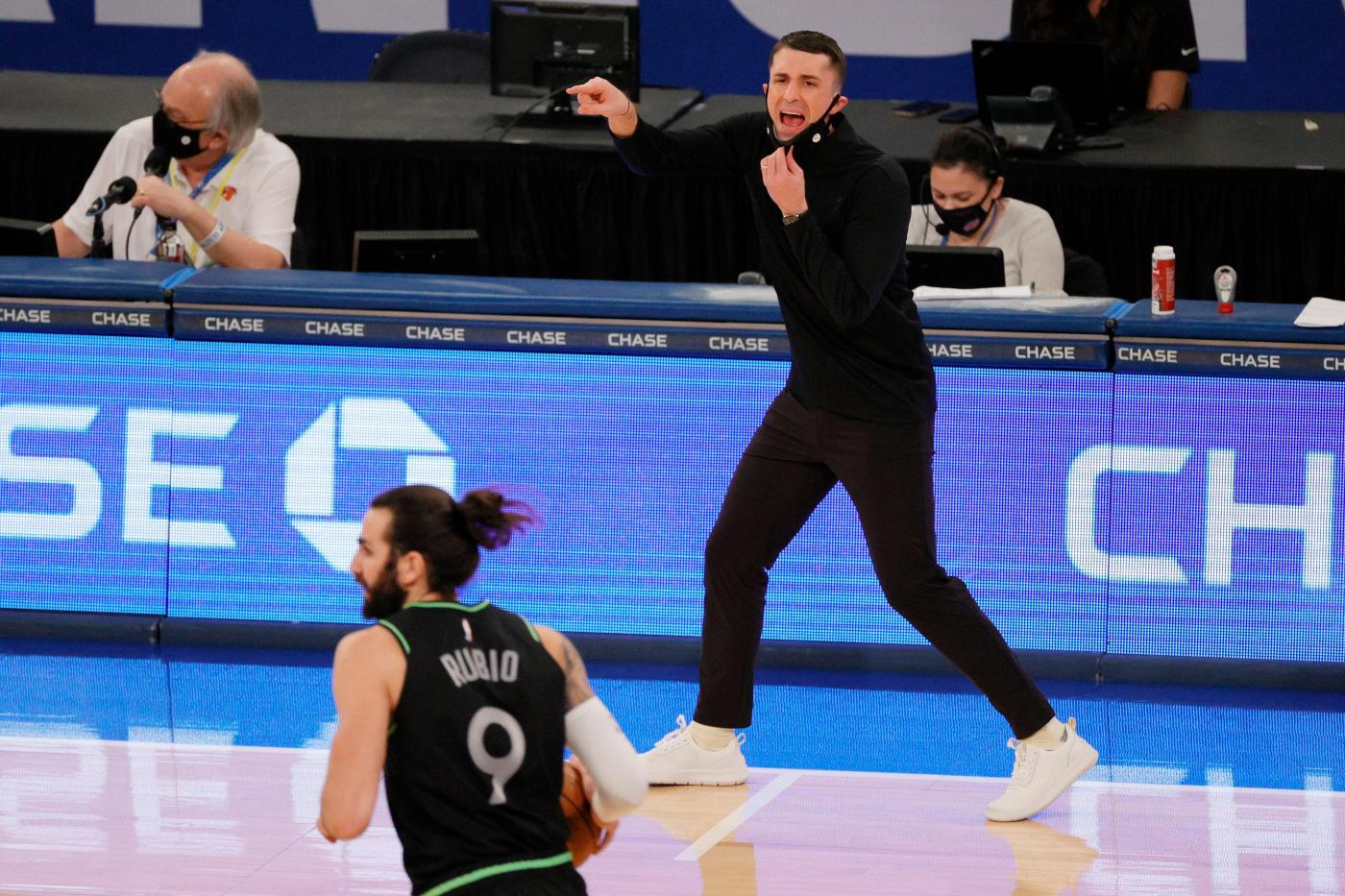 Chris Finch is the new coach of the Minnesota Timberwolves, the team announced Monday after dismissing Ryan Saunders the previous night.

Saunders was fired Sunday after the team with the NBA’s worst record this season lost for the eighth time in the last nine games. The team quickly hired Finch, who was in his first season as an assistant with the Toronto Raptors.

“Chris brings a wealth of basketball experience from his time in the NBA, G League and Internationally,” Timberwolves President of Basketball Operations Gersson Rosas said. “He is one of the most creative basketball minds in the NBA, has success maximizing players, and I am excited to see him bring our team to the next level and beyond.”

At 7-24, Minnesota has the league’s worst record this season and already is 7 1/2 games out of what would be the final play-in spot for the Western Conference postseason. The Timberwolves next play on Tuesday, visiting Milwaukee.

“We would like to thank Ryan for his time and commitment to the Timberwolves organization and wish him the best in the future,” Rosas said. “These are difficult decisions to make, however this change is in the best interest of the organization’s short and long-term goals.”

It had been a wildly disappointing season for the Timberwolves, who started 2-0 and haven’t had much to savor since. Karl-Anthony Towns, the team’s best player, dislocated his left wrist in the season’s second game and missed six games — then returned and missed 13 more after being diagnosed with COVID-19.

D’Angelo Russell, the other key piece for the Timberwolves, had surgery last week on his left knee and may be out until April.

There was no sign that the Timberwolves had stopped playing for Saunders; they were down by 21 points in the third quarter at New York earlier Sunday, then took the lead in the final minutes before falling 103-99.

“Unfortunately we ran out of time,” Saunders said after that loss.

He was talking about the game.

Before long, that sentence had a very different meaning.

Nuggets Journal: My votes for All-Star starters, and why Nikola Jokic was an obvious choice

Grading the Week: How do you like Philipp Grubauer now, Avalanche fans?

Finch has history with Rosas, as they both worked together with the Houston Rockets. He coached the team’s affiliate in what is now called the G League, winning a championship with Rio Grande Valley, then became a Rockets assistant. He went …read more

Kiszla: How did CU Buffs celebrate biggest “W” in this season of the Rona? By giving imaginary high-fives to fans unable to attend victory against USC.

BOULDER — It had been too long. How good does it feel for the Buffaloes to go dancing again? After trouncing the 19th-ranked USC Trojans 80-62 Thursday, senior McKinley Wright IV and teammate Evan Battey circled the perimeter of CU Events Center basketball court, exchanging imaginary high-fives with cardboard cutout fans in the student section. […]

Bret Bielema saw a unique opportunity to accelerate a turnaround at Illinois when he returned to college football as head coach of the Illini in December. The NCAA’s decision to grant every fall sport athlete who played through the pandemic an extra season of eligibility meant Illinois could bring back a large group experienced players […]