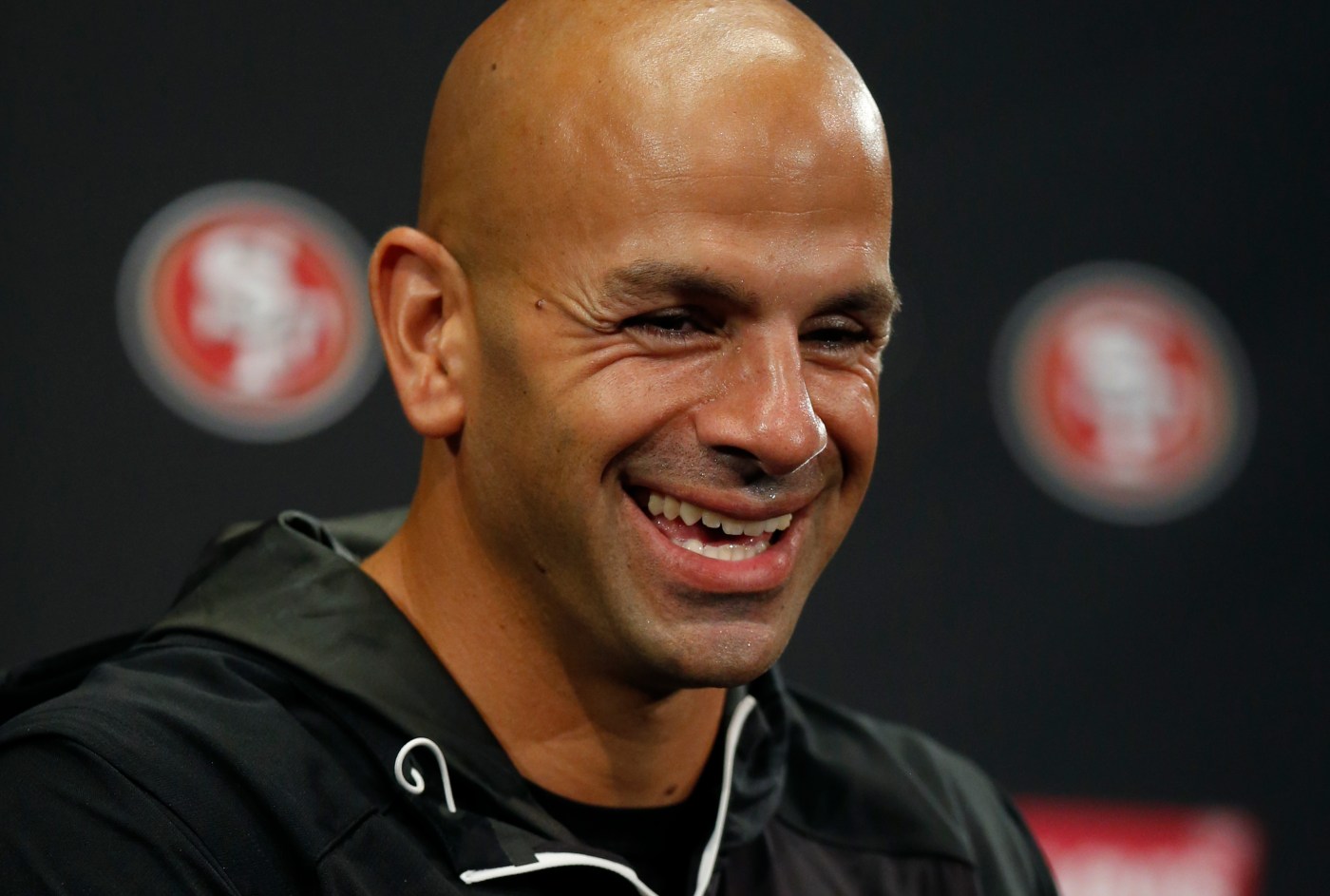 “That was told to me before we started the week,” Witherspoon said Wednesday.

Starting the game against Minnesota didn’t guarantee Witherspoon would finish it.

The fact he didn’t helped keep the Vikings from ruining the 49ers’ first-ever playoff game at Levi’s Stadium in front of a raucous home crowd.

Immediately after Vikings wide receiver Stefon Diggs cut inside of Witherspoon to snag a 41-yard, game-tying touchdown in the first quarter, Saleh yanked his struggling corner in favor of backup Emmanuel Moseley.

It’s really bad from Spoon, but dear god, Diggs, why’d you have to do him like that? Cruel and unusual punishment. pic.twitter.com/tx0aSxaoud

Saleh’s early hook changed the game for a 49ers’ defense that never looked back in a dominant 27-10 win.

The coaching staff was true to its word as Witherspoon took the field opposite of Second Team All-Pro corner Richard Sherman on each of the Vikings’ two possessions. After a three-and-out from Minnesota on its opening series, quarterback Kirk Cousins started the team’s second drive by targeting Witherspoon.

Cousins’ first pass attempt of the series didn’t find Diggs, but it did result in a pass interference penalty against Witherspoon. After having Diggs in his grasp, Witherspoon couldn’t keep tabs on either of the Vikings’ top receivers later in the drive.

On third down and 2 from the Vikings’ 39-yard line, Cousins found veteran receiver Adam Thielen for a first down completion on a slant route in front of Witherspoon. After dancing at the line of scrimmage, Thielen had no trouble gaining inside leverage on the 49ers’ defensive back.

Three plays later, Cousins lofted up a 50-50 ball for Diggs along the 49ers’ sideline. Witherspoon had a clearer path to the ball, but appeared to stumble as Diggs moved inside of him to catch the pass before darting into the end zone.

Faced with a decision to keep Witherspoon in the game or send Moseley onto the field, Saleh acted quickly.

On the next series, Moseley entered the game. The Diggs touchdown was the last one Minnesota scored.

Moseley, a former undrafted rookie out of Tennessee, sparked a rapid defensive turnaround as the Vikings recorded just one first down between the time he was inserted into the lineup until fewer than five minutes remained in the fourth quarter.

On each of Minnesota’s possessions following Diggs’ touchdown, Moseley was responsible for tackles that stopped the Vikings short of the line to gain. As Saturday’s game progressed, Moseley took away one side of the field while Sherman completely wiped out the Vikings’ hope on the other.

With San Francisco ahead by seven in the third quarter and the 49ers’ pass-rush dominating Minnesota’s offensive line, Cousins finally tried to throw in Sherman’s direction.

The result wasn’t much of a surprise.

Long before Jana Van Gytenbeek hit the game-winning, floating bank shot in the waning seconds of the Class 5A championship last year, the point guard was already forecasting her basketball prowess. On a random court in the mountains. At age 7. Van Gytenbeek was on winter break with her family in Buena Vista at the […]

How the Warriors can win the second half of the season

When talking about this season, a word that comes up a lot around the Warriors is “productive.” During the first half of a season derailed by injuries and defections, the Warriors (9-32) shifted internal expectations to focus on setting themselves up for championship runs in the future. It’s not quite a rebuild, because their foundation […]