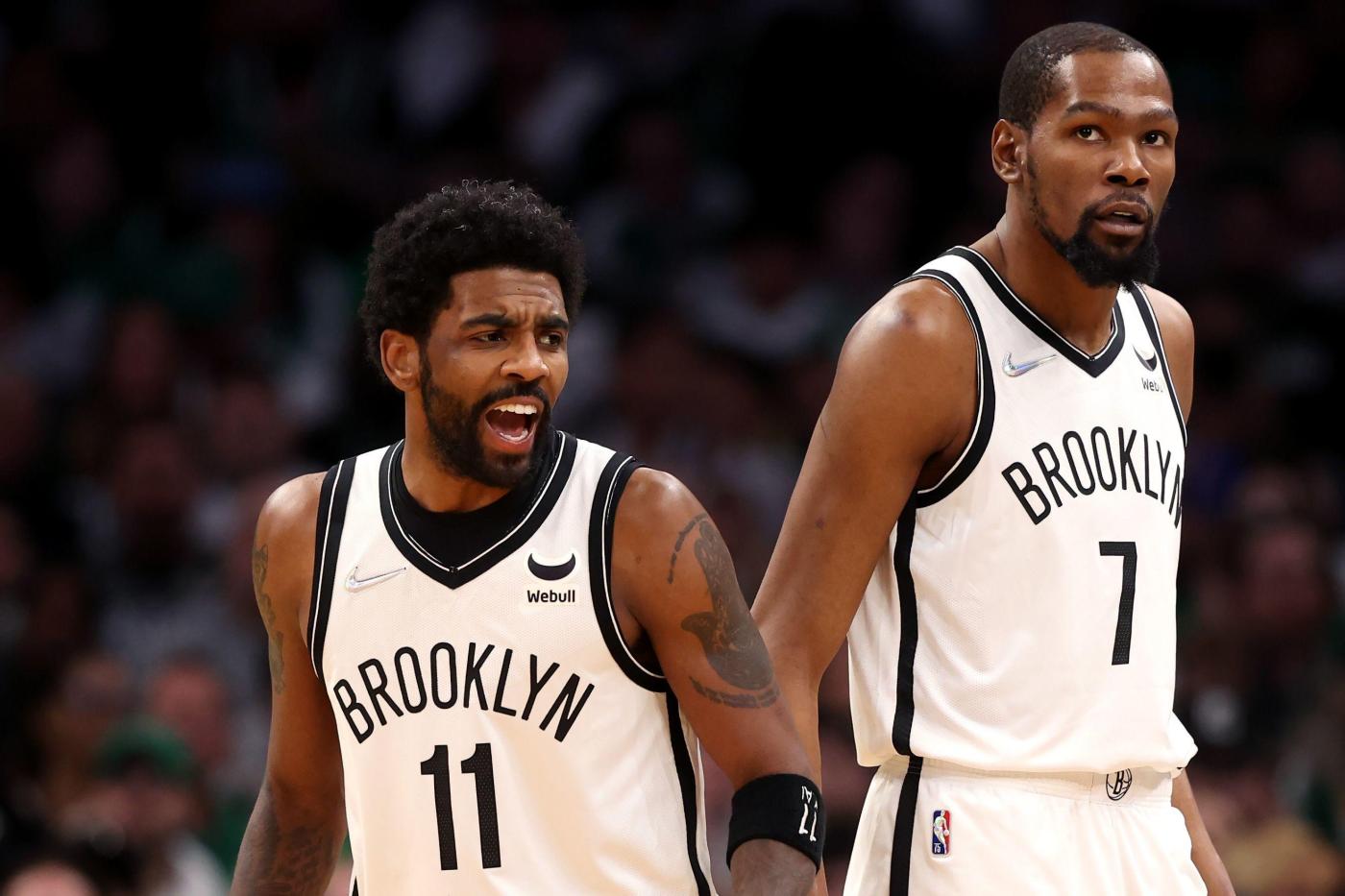 Just like the Daily News reported back on May 25, the Nets have been playing with fire. And now, almost a month later, they’re about to get burned.

We already know the Nets have been unwilling to give Kyrie Irving a long-term contract extension after he played a grand total of just 103 regular-season games in his first three seasons in Brooklyn, and after his decision not to get vaccinated against COVID-19 ruined the Nets’ championship hopes last season.

We also already know Kevin Durant’s future is intrinsically tied to the decision Irving and the Nets make. If Irving and the Nets cannot come to an agreement that keeps the superstar guard in Brooklyn, Durant, who signed a four-year, $198M extension last summer, is likely to request a trade from the franchise that failed to keep his co-star in town.

Now, according to ESPN, we know where Irving wants to be traded in the event he and the Nets cannot come to terms: to any one of the Lakers, Clippers, Knicks, Heat, Mavs or 76ers. None of those teams have the cap space to sign Irving should he decline his player option by his June 29 deadline and test free agency. And only two of those teams (the Lakers and Heat) have a star-caliber player (Russell Westbrook and Kyle Lowry) the Nets could pair alongside Durant.

Which means we’ve reached the danger zone: The Nets traded away the rights to all their picks through 2027, and Ben Simmons is coming off back surgery and hasn’t played basketball in an entire calendar year. If the Nets can’t come to an agreement with Irving and Durant requests a trade, it’s back to the 20- and 28-win seasons from which Brooklyn emerged. It’s back to ping-pong ball chasing in the lottery with picks that don’t belong to them. It’s back to irrelevance. It’s back to developing late-first round and second-round draft picks. It’s back to the jokes about having no fans, because season-ticket holders are already threatening to boycott Nets games because of a spike in ticket prices for a franchise that very well may not have the stars it has peddled.

Or, the Nets could snap out of it. They could snap out of this ego trip they have and give Irving the deal he wants. They could give him a four-year max deal, or a three-year deal with a games-played incentive that triggers guaranteed money in years four and five. In May, a source who requested anonymity because of the nature of the negotiations told The News the Nets wanted Irving to opt into the final year of his contract worth $36.5M in order to “prove” he deserves a long-term deal. For a star player with a very real injury history, a one-year deal is a non-starter. It is unclear if the Nets have budged on the one-year stance and have offered more years, but judging by reports that the Nets and Irving have reached an “impasse” in contract negotiations, it’s fair to assume the …read more

The Chicago Bulls selected Arizona guard Dalen Terry with the No. 18 pick in the NBA draft on Thursday, adding wing depth to their roster as the team looks to build around DeMar DeRozan for the 2022-23 season. The 19-year-old averaged eight points and 3.9 assists in his sophomore season with the Wildcats, serving a […]

SAN DIEGO — Two solid starts equaled a split decision for the Rockies on Saturday at Petco Park. After losing the first game 2-1 in 10 innings in excruciating fashion, the Rockies rebounded for a 6-2 victory in Game 2 of the doubleheader behind another solid start by lefty Kyle Freeland. Colorado also received another […]

TORONTO — Anthony Rizzo is willing to take one for the team. Or, the Yankees first baseman will take one for himself actually. Rizzo, who has been hit more times than any other batter in the majors since he arrived in the big leagues, sparked the Yankees big fifth inning by getting plunked. He ended […]