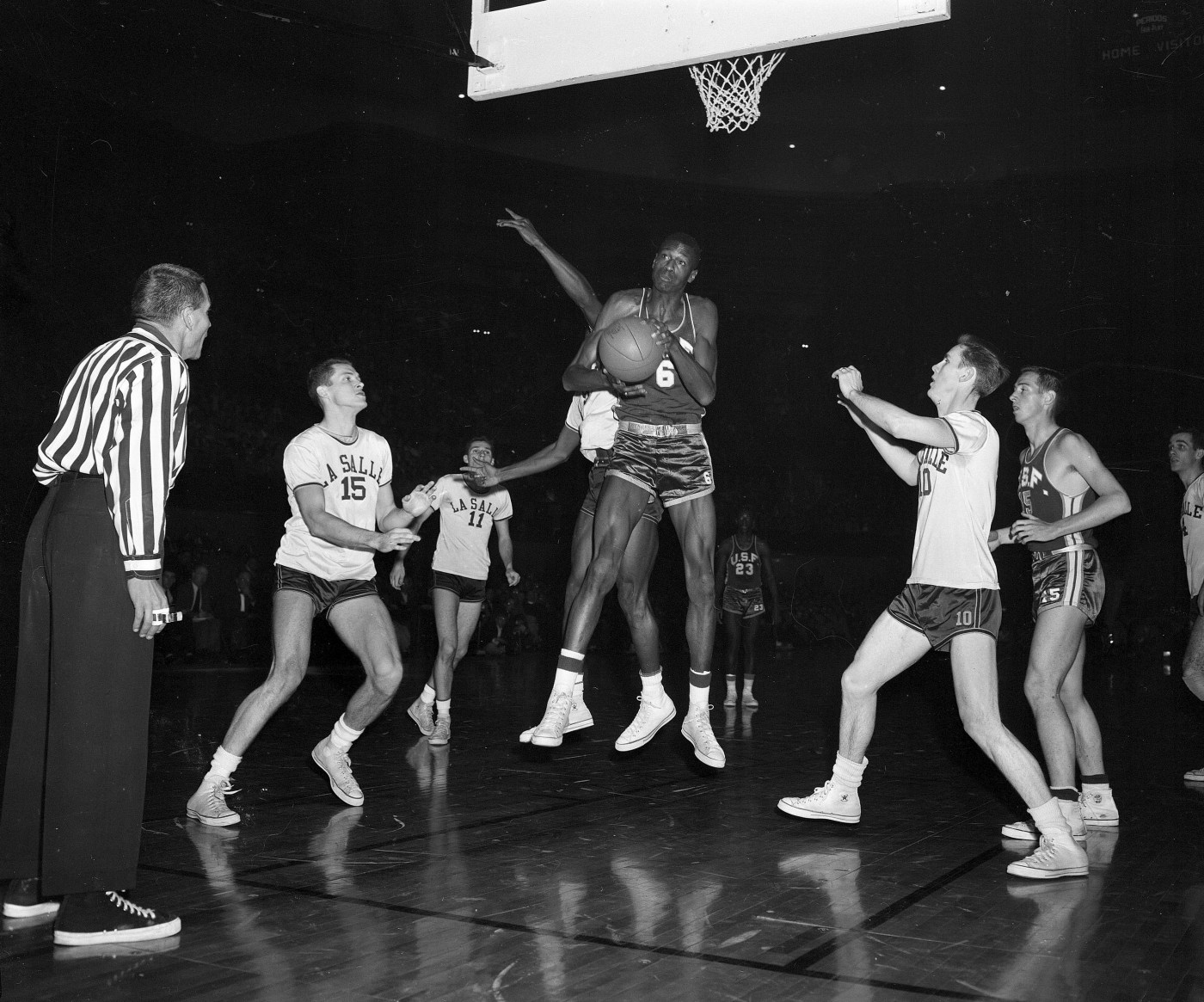 In its infancy, college basketball was low, slow and disjointed.

It goes without saying that there was no March Madness beaming college hoops to the four corners of the country. There were no ubiquitous brackets, and no killjoys telling people, “I don’t care about your brackets.”

There was no between-the-legs dribble, no 3-point line stretching the game almost to the shadow of half court. Dunks were neither competitive nor cultural statements.

The game was played on the floor, in short shorts. There was no shot clock. Because, why? There was no “One Shining Moment” with confetti wafting down from the ceiling after a championship game. The team manager packed away the uniforms and everyone headed for the bus. And that was that.

Then came the University of San Francisco Dons.

College basketball may have gotten off to a slow start, but it was always going to be the game we know now. You could argue USF was the transformative outfit that gave it a huge shove toward its manifest destiny.

Before USF, only three college teams had won back-to-back postseason tournaments — Oklahoma State and Kentucky in the NCAA Tournament, and St. John’s in the NIT.

Only one, the 1938-39 Long Island University Sharks, posted a perfect record.

Almost no one played above the rim so frequently and insistently, as did the Dons. Give them credit, they warned a sea change was in the offing.

During the 1953-54 season, coach Phil Woolpert promoted a certain Bill Russell from the school’s JV squad to the varsity. Russell, a sophomore from Oakland’s McClymonds High, had intended to get a job at the shipyards after high school. Fate intervened when USF alum Hal DeJulio, who had seen Russell playing basketball, recommended the lad to Woolpert.

Russell was still growing when he reported to the Dons’ varsity, from 6-foot-8 as a freshman to 6-9 as a sophomore and topping out at 6-10 as a senior. With Russell averaging 19.9 points and 19.2 rebounds, the Dons finished 14-7 in his first season on the big club.

The Dons’ 1954-55 season opened with optimism and back-to-back games in Southern California — a nine-point win over Loyola Marymount, followed by a seven-point loss to John Wooden’s UCLA Bruins.

In hindsight there are two developments that elevate this game. One, the myth-making hype machine that went into overdrive so as to deliver Russell’s revelatory exploits to a breathless world. From the Oakland Tribune account for that game in Westwood:

“San Francisco’s towering 6-foot-9-inch center Bill Russell played a sort of one-man volleyball (game) under the basket, blocked innumerable Bruin shots and kept two Bruins occupied at a time most of the night. However, he was outscored by Bruin forward John Moore, 17 points to 15 points.”

And two, it was the last college basketball game Bill Russell would ever lose.

USF tore undefeated through the rest of the regular season, winning 19 of the 20 games by double digits. They eased through the two first postseason games. Then came a rematch with Oregon State. The two teams had met early in the …read more

The following is the third of a five-part series celebrating the top 25 memories, players, milestones and headlines of the first quarter-century of Coors Field. No. 15, Lansing turns Coors into a velodrome, June 18, 2000: There have been a major league-record 19 cycles at Coors Field: nine by the Rockies and 10 by opposing […]

*** The Pac-12 Hotline newsletter is published each Monday-Wednesday-Friday during the college sports season and twice-a-week in the summer. (Sign up here for a free subscription.) This edition, from March 6, has been made available in archived form. NIL Momentum in the Footprint California is about to have company in the epicenter of a revolution. […]

The Broncos agreed to a one-year contract with outside linebacker Jeremiah Attaochu on Monday, according to a source. Related Articles Analyzing the AFC West offseason so far: Signings, trades and grades for every team Broncos podcast: Recapping Denver’s offseason moves, comparing to rest of AFC West Peyton Manning turns 44 Tuesday. ESPN2 celebrating his birthday […]