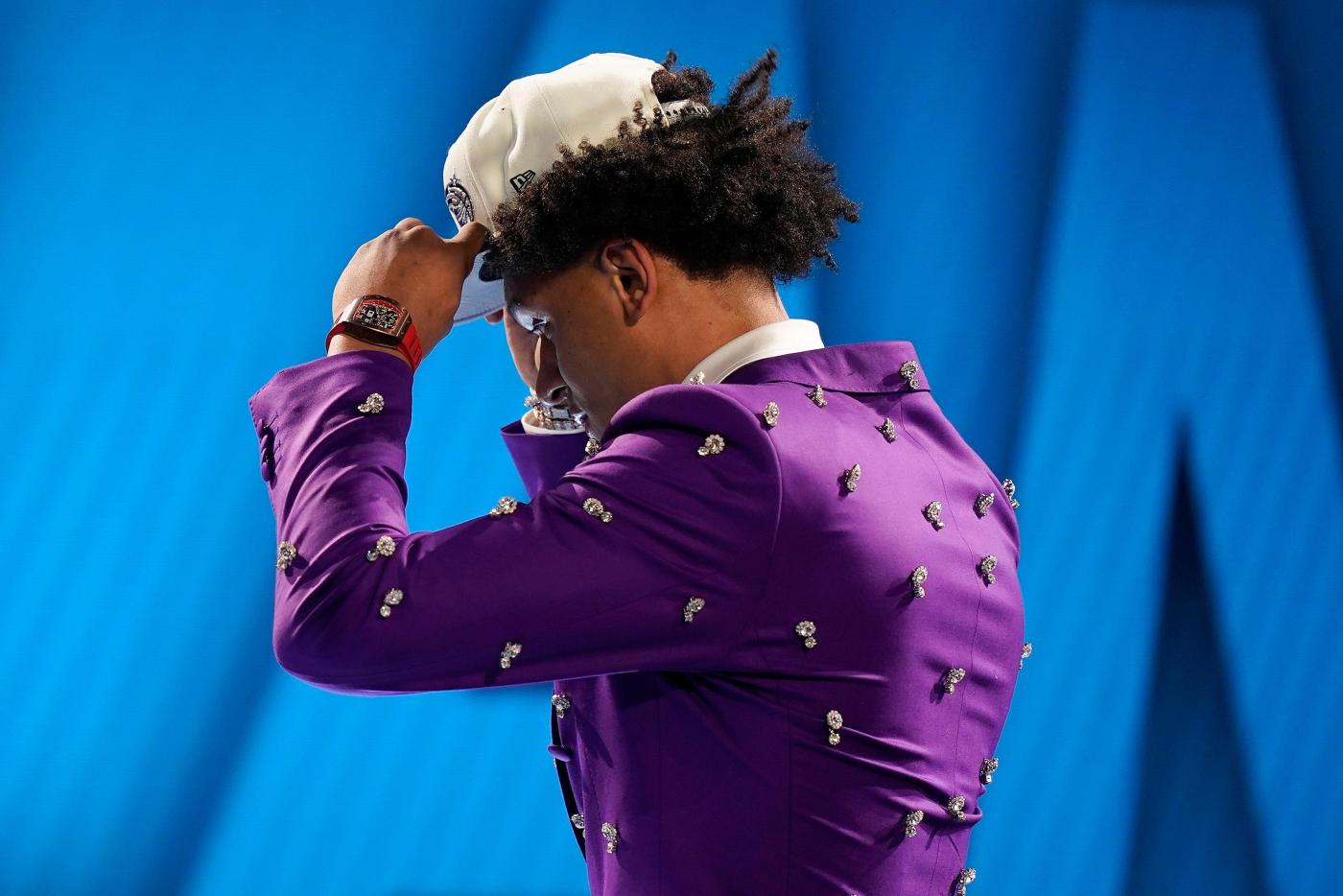 The three-best players in the 2022 NBA Draft have found their new homes.

All three players were in play to go No. 1 overall, a testament to the talent at the top of the draft class. There were no losers in the top-three picks. Here’s why ping-pong balls provided perfect picks for three rebuilding franchises.

The Magic have been stockpiling young players for nearly a decade, and drafting Banchero signals a change of direction for a long-struggling franchise.

Banchero, a forward ESPN likened to both Ben Simmons and Michael Beasley, joins Cole Anthony, Franz Wagner and Wendell Carter Jr. with Jonathan Isaac expected to return from a knee injury. The Duke forward averaged 17 points, 8 rebounds, three assists, a steal and a block per game under Mike Krzyzewski last season and projects to start immediately on a Magic team that hasn’t made the playoffs in a decade.

Holmgren, the 7-foot perimeter scorer who’s drawn comparisons to both NBA superstars Kevin Durant and Giannis Antetokounmpo, joins another young team in Oklahoma City hoping to build a nucleus it can develop into a playoff contender.

Shai Gilgeous-Alexander has been the franchise cornerstone, and Josh Giddey was a breath of fresh air in his breakout rookie season, but Holmgren gives the Thunder a player who has legitimate star potential. He can score at all three levels, is a capable rim protector who averaged close to four blocks at Gonzaga, and is much tougher than his slim frame might suggest.

ROCKETS ROUND OUT BIG 3

The Rockets didn’t have a successful season in the win-loss column, but head coach Stephen Silas developed both rookie Jalen Green and the embattled-but-talented Kevin Porter Jr.

Auburn’s Jabari Smith Jr. is a versatile wing player who rounds out Houston’s Big 3 as the player many considered the most talented in the draft. While averaging a steal and a block per game as a more-than-capable defender, Smith averaged 17 points per game and shot 42% from three-point range.

The Rockets now have a legitimate young nucleus to build on in the post-James Harden era, not to mention they have six first-round picks in the next five draft classes.

When the Golden State Warriors needed a bucket to stop a 14-2 Boston Celtics run in the opening minutes of Game 6 of the NBA Finals, it was Andrew Wiggins who hit a top-of-the-key three. And when the Warriors needed stops on Jayson Tatum, whose superstardom as an almost unguardable scorer is just scratching the […]

The smoke is building around Jaden Ivey to the Knicks

The Knicks and Jaden Ivey are circling each other ahead of the draft. As the top guard in his class, Ivey will assuredly be off the board if the Knicks stay with their 11th pick on Thursday. But as rumors circulate about Leon Rose’s desire to trade up, Ivey casually listed the Knicks as an option […]

The Chicago White Sox continued to get hit hard on the injury front Thursday with the news infielder Danny Mendick suffered a torn ACL in his right knee during an outfield collision Wednesday at Guaranteed Rate Field. Mendick was placed on the 10-day IL along with Adam Engel, who suffered a strained right hamstring one […]