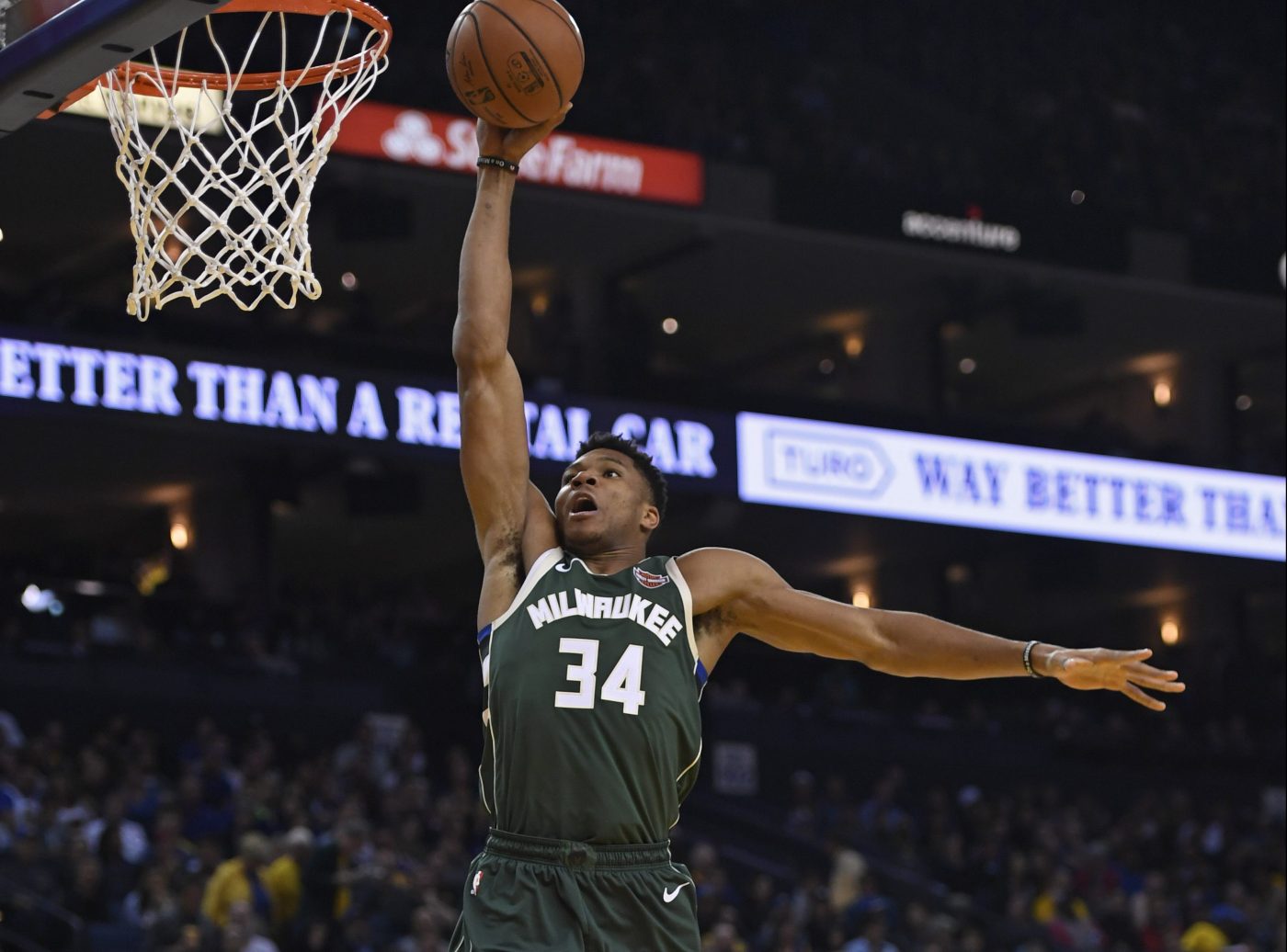 SAN FRANCISCO — If the Warriors do eventually acquire Giannis Antetokounmpo, it may have started with a bounce.

During last season’s All-Star game, Stephen Curry delivered a spectacular bounce-pass that led to an alley-oop to the league’s MVP to-be. It turned out to be the highlight of the event, and a moment that had spectators wondering: What if?

When the Bucks play at Chase Center Wednesday night, many fans will be dreaming of what Antetokounmpo looks like in a Warriors uniform. The speculation started last September, when ESPN’s Ramona Shelburne said on national TV, “The Warriors have always been the big threat to go after Giannis.”

Antetokounmpo will be an unrestricted free agent in 2021, and teams across the league are already earmarking cap space for a potential run at the player who, earlier this season, mimed his own crowning as the NBA’s best player.

If he becomes available, Golden State could explore several avenues to sign him. Here are the main questions about how it could happen.

Would the Bucks trade him next season?

It’s not uncommon for teams to hedge and trade All-Star players before they become free agents if they feel like that player will leave — to get something instead of nothing. Antetokounmpo will be eligible for an extension this summer and, if he doesn’t agree to it, the Bucks could consider maximizing his value like the Pelicans did with Anthony Davis last summer.

But Antetokounmpo isn’t Davis. He’s closer to LeBron James and Kawhi Leonard, players who entered unrestricted free agency because their respective teams rightly decided that one year chasing a title was worth more than collecting assets.

Of course, this scenario would also require Antetokounmpo asking for a trade or, at least, giving Milwaukee the indication he could leave in 2021. Given that the Bucks are on their way to a second straight 60-win season and have a path to the NBA Finals, it could take something drastic for Antetokounmpo to reach that point. The idea of packaging a top-five pick and D’Angelo Russell for Antetokounmpo is more a pipe dream.

Can the Warriors find the money to sign him outright in 2021?

Unless Antetokounmpo is willing to take less than the projected maximum salary of $37.5 million, the Warriors would have to part with Klay Thompson, and Russell or Draymond Green.

With 10 players under contract already for the 2021-22 season, Golden State will be more than $31 million above the projected $125 million salary cap, so they would have to shed nearly $70 million to afford Antetokounmpo’s salary.

That would require trading Thompson into another team’s cap space for future picks, as well as Russell or Green, depending on which player they’d prefer to keep. Golden State would also have to waive Jacob Evans, Omari Spellman and Jordan Poole, or trade Kevon Looney. That’s a lot to lose but, yes, they could open up the space.

Is it worth losing Klay Thompson?Related Articles

Kyle Shanahan wasn’t upset. You might read this quote and infer frustration, or resignation. That’s not the case. No, it was more like exasperation — a what-can-you-do attitude towards the play of upstart running back Raheem Mostert. “[He’s] earned it,” Shanahan said the 27-year-old running back following the 49ers’ win over the Saints in December. […]

NEW ORLEANS — Mike Zimmer said nobody but the Vikings believed they could win Sunday. And win, they did. The Vikings shocked the New Orleans Saints 26-20 in overtime in an NFC wild-card playoff game at the Superdome. They advanced to play at San Francisco next Saturday in a divisional playoff. The Vikings won with […]

Thirty-two years after the sixth-seeded Minnesota Vikings entered Candlestick Park and stunned the top-seeded San Francisco 49ers 36-24 in the NFC semifinals, the first playoff game in the history of Levi’s Stadium features a rematch between the two franchises. After Minnesota stunned New Orleans with an overtime victory at the Superdome on Sunday, the Vikings […]