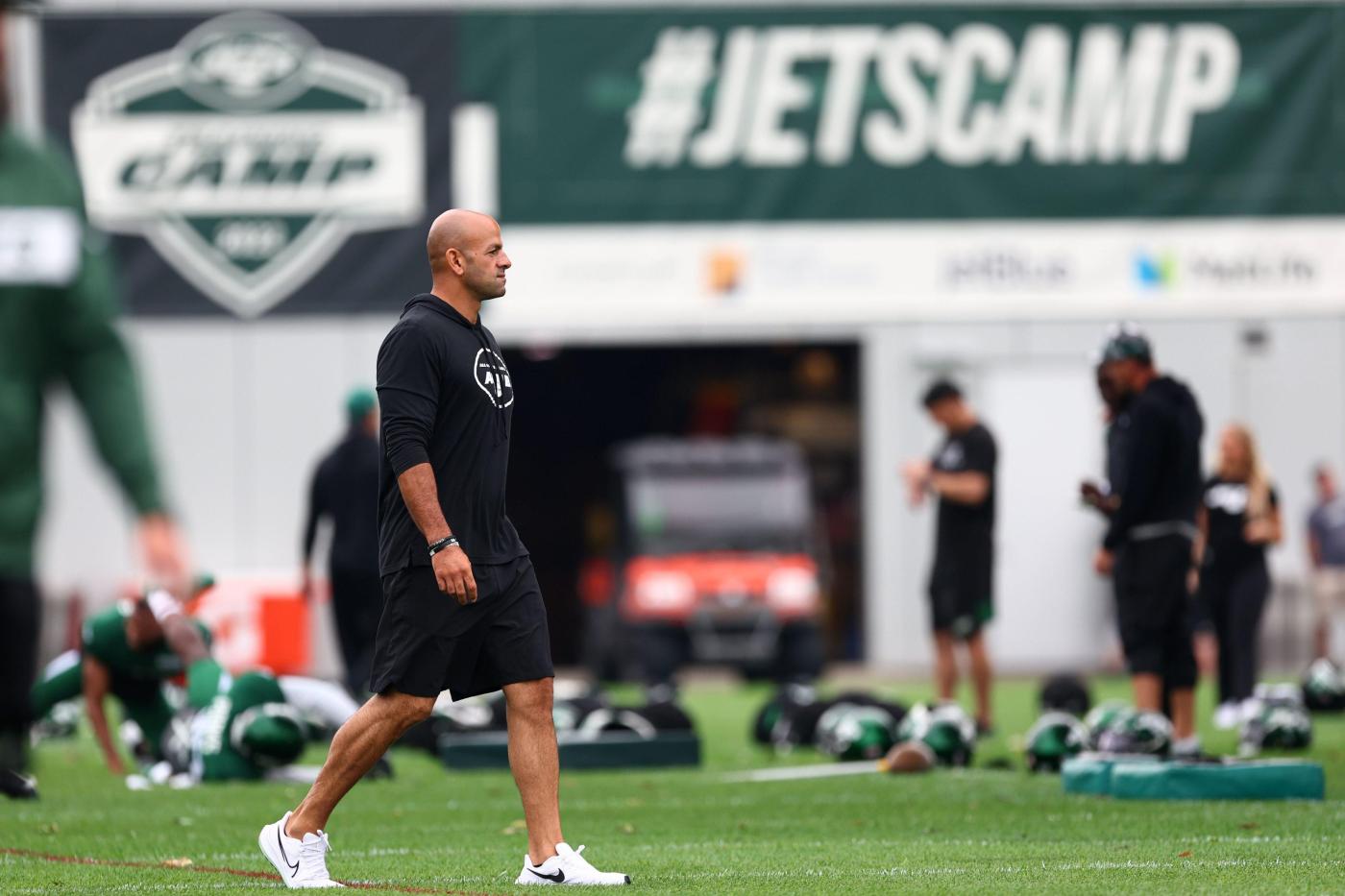 It was a small scuffle at the end of practice Friday, one of those football skirmishes involving massive lineman near the line of scrimmage that gets broken up before there’s time to comprehend how it started. The important thing is everybody on the Jets abided by the rules.

Or, abided by the lone rule.

The Jets have been together for 10 days at their practice facility for training camp, which followed a voluntary training camp at the same Florham Park location about two months prior. In between, quarterback Zach Wilson took some of his teammates on an Idaho retreat.

“We have one more week before we get to go to Philadelphia and see other humans,” Saleh said. “But rule one – don’t punch. It’s a 15-yard penalty and you get ejected from the game. So even with all the scrimmages that happened today, I didn’t see a punch.”

Beyond the restraining of fisticuffs, there have been some positive developments during camp – namely the defensive line’s ability to get to the quarterback – and another intrasquad scrimmage awaits Saturday night at MetLife Stadium. But Saleh is waiting for the preseason opener in Philadelphia on Aug. 12 before a big-picture assessment.

“They’re so used to one another. Obviously, it’s all part of the evaluation. But they’ve seen each other enough since OTAs,” Saleh said. “The (preseason games) is when we’ll be able to see a lot.”

In the meantime, the Jets will continue to battle each other.

Denzel Mims might be easy to count out as a top playmaker after two disappointing and hard-luck seasons.

But even from his current position deep on the projected wide-receiver depth chart, Mims, the 2020 second-round pick, is convinced his resurgence is

“I see myself on top. I put in enough work to be there,” Mims said Friday.

What does ‘on top’ mean?

It’s hard to envision given the acquisition of Garrett Wilson and the return of Corey Davis. There’s also Barrios, Elijah Moore and maybe Jeff Smith ahead of Mims in the receiving corps.

But Mims has benefitted from a strong training camp, which he credited with his first full offseason as a professional. His rookie offseason was scrapped because of the pandemic, and last year Mims was sidelined with a case of food poisoning.

“I always knew who I was. Just unfortunately I wasn’t able to be myself last year because I lost a lot of weight, I didn’t have the muscle in my legs and stuff like that, Mims said. “So that’s why I took the time and started working as …read more

When Jay Norvell called, Barry Alvarez had one, pointed, bottom-line question. “Look, you had a lot of success at Nevada,” the former Wisconsin football coach and athletic director told Norvell, his former protégé, when the latter said he was contemplating a jump from Reno to Fort Collins last December. “Why would you leave and go […]

Bill Russell, the all-time great Boston Celtics center who won 11 championships during 13 dominant NBA seasons, died Sunday at age 88. The Hall of Famer died peacefully with his wife, Jeannine, by his side, according to an announcement on Russell’s official Twitter page. The 6-foot-10 Russell, a five-time NBA Most Valuable Player, averaged 15.1 […]

ASK IRA: Have net gains by Heat’s competition been overstated?

Q: As for all the supposed upgrades other teams made in free agency, they were almost all just journeymen players and not really difference makers. – Rolando, Borrego Springs, Calif. A: I’m not sure I would go that far (or that lack of far) when it comes to Malcolm Brogdon with the Celtics or Dejounte […]