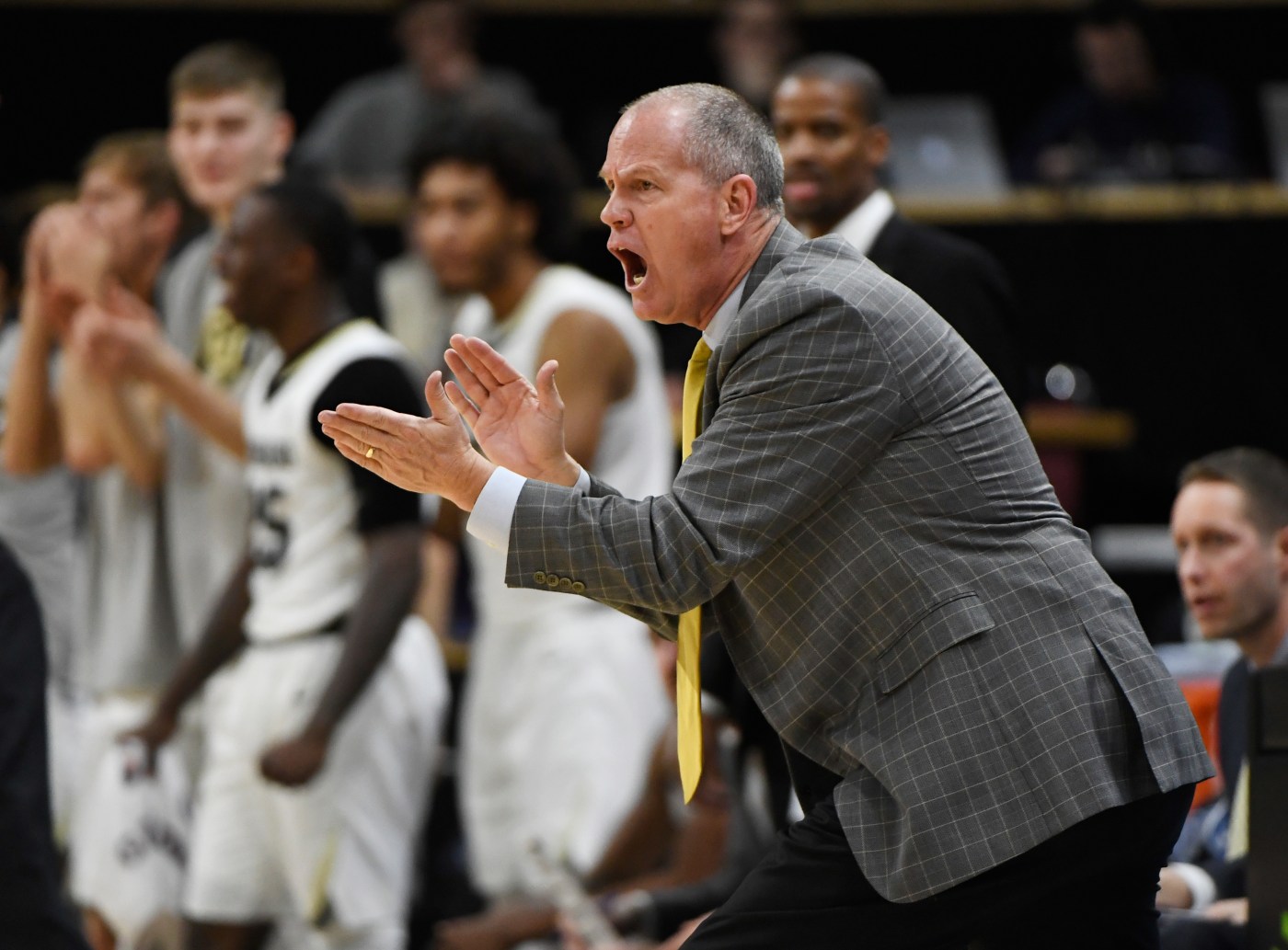 A couple weeks after a promising season ended as disappointingly as it did abruptly, coach Tad Boyle remains optimistic about where the Buffs basketball program can go from here.

CU was 21-11 and a lock to make the NCAA Tournament, which would’ve been the program’s fifth dance in 10 years under Boyle. That was despite ending the season on a five-game skid, which culminated with losing in the first round of the Pac-12 tournament before that and March Madness were canceled due to the coronavirus pandemic.

“I want our players to understand that they did some really good things this year, even though certainly the season didn’t end the way we wanted,” Boyle said. “If you look at the history of Colorado basketball, (21 wins) is pretty darn good. That tied the school record for regular-season wins and we finished No. 25 in the NET rankings.

“So there’s a lot to be proud of, and the program is in great shape going forward. I feel good about Colorado basketball and where it is today.”

Even with that optimism, Boyle knows there’s immediate recruiting work to be done and major decisions ahead for two of CU’s stars.

For the first matter, the Buffs have signed two recruits in their 2020 class, The Vanguard School’s Dominique Clifford (the state’s Gatorade Player of the Year) and Columbine’s Luke O’Brien (CHSAA’s Class 5A Player of the Year). But the Buffs now look to add a couple more players to the class after freshman forward Jakub Bombek and sophomore guard Daylen Kountz both announced their intention to enter the transfer portal.

For the second matter, McKinley Wright IV announced Thursday via Twitter that he was entering the 2020 NBA draft process while maintaining his eligibility, and Tyler Bey is “testing the waters,” according to Boyle.

“What testing the waters looks like now, versus what it’s been the last year or two, is completely different (because of the coronavirus crisis),” Boyle said. “There’s so many unknowns, and right now there are more questions than there are answers for guys like McKinley and Tyler.”

Did CU Buffs miss out on golden Sweet 16 opportunity? The machines say no.

Amid all the uncertainty, the Buffs’ potential roster transition is sure to involve freshman Keeshawn Barthelemy, a four-star recruit out of Toronto.

“We had Keeshawn Barthelemy redshirting this …read more

Aldon Smith is making a NFL comeback after four seasons away, and the Dallas Cowboys are the team that is signing the former 49ers and Raiders pass rusher, a league source confirmed Wednesday night. Smith, 30, still must be reinstated by NFL commissioner Roger Goodell in the wake of an indefinite suspension. The Cowboys offer […]

If the fates are kind, Matt Lynch will finally suit up for a college football game in Fort Collins. The only catch? He’ll be doing it as a CU Buff. “I’m sure, deep down, it does (rankle the family) a little bit,” Lynch, the former Legacy High quarterback and CSU Rams legacy, admitted with a […]

Pac-12 announces pay cuts, layoffs as strategy shifts in the age of coronavirus

The Pac-12 is implementing a series of cost-cutting measures, including pay cuts for executives and layoffs at the Pac-12 Networks, as a result of the coronavirus-forced shutdown and the broader headwinds in the media space, the Hotline has learned. The moves include a 20 percent salary reduction for commissioner Larry Scott and 10 percent cuts […]