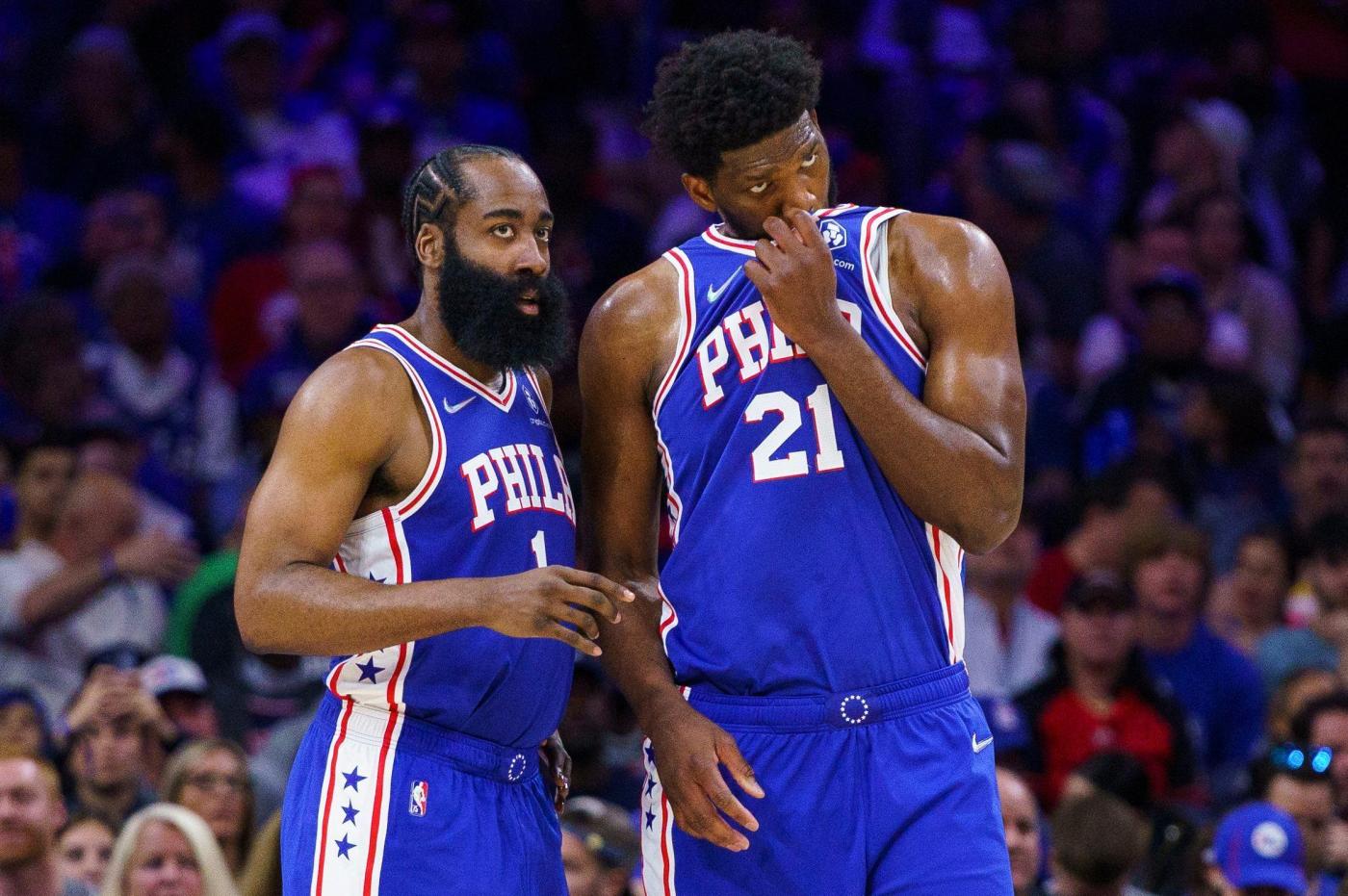 The template had been established, and proven worthy of application in the NBA, for as long as we can remember. Acquire as many superstars as possible and the rest will fall into place. Coaching and filling out the roster are tertiary.

The Heat’s Big 3 enhanced the fad and, as recently as the Lakers title in 2020, it still felt like the chosen path to a title.

Having problems getting past LeBron James? So what? Do everything to get Kevin Durant in Golden State or Kawhi Leonard in Toronto.

Is Boston stuck at the hump? Just trade for Kevin Garnett and Ray Allen.

But more recently there’s been a shift, as holes in the superstar strategy have turned into craters. The Nets are the obvious example and most relevant to this market. Their Big 3 of Durant, Kyrie Irving and James Harden is already fractured and finished with just one playoff series victory. The failure of GM Sean Marks left him with no cap space and no control of his own first-round draft pick until 2028.

In Philadelphia, the different iterations of super teams — whether it’s with Ben Simmons or Jimmy Butler or Harden — haven’t advanced out of the second round, with Thursday’s elimination to Miami serving as something of a death blow.

On the West Coast with the Clippers, the exorbitant money spent on Kawhi and Paul George has mostly just produced DNPs. The Lakers, with James, Russell Westbrook and Anthony Davis, would be in the lottery but, of course, they traded the draft pick.

Of the top 14 players remaining in the playoffs (two for each of the seven teams), only three — Butler, Jrue Holiday and Chris Paul — weren’t drafted by their respective teams. The franchises still vying for a title — Bucks, Celtics, Heat, Suns, Mavericks, Grizzlies, Warriors — were built from the ground up and, for the most part, filled out the roster with young and athletic pieces committed to defense.

They’re not winning a championship because of the buyout market, which the Nets mistakenly hitched their wagons to.

So why is the superstar model falling apart?

There are several reasons, but let’s start with player empowerment because it trickles down from there. As David Stern’s NBA transitioned to Adam Silver’s, the players took greater control of the business. The threat of a superstar deserting a franchise became so powerful, regardless of how many years remained on his contract, that the placating expanded and whatever “culture” was in place is quickly dissolved. Coaches are easily replaced. Accountability is blurred. The players become the GM and recruit their friends, sometimes to the detriment of winning.

Only the Miami Heat seem immune to such takeovers. Nobody is forcing Pat Riley to fire Erik Spoelstra.

LeBron James was a pioneer of the player empowerment movement but he is also a very special case. Not only is LeBron a once-in-a-lifetime talent, he also was available to play almost every game.

The Ravens should be looking for a wide receiver who has as much name recognition as production. One of the leading candidates appeared to be free-agent veteran Jarvis Landry, but he reportedly signed a one-year deal with the New Orleans Saints on Friday. Landry’s skill set is comparable to second-year Ravens wideout Rashod Bateman, but […]

Ahead of Fergie Jenkins’ statue unveiling, his Chicago Cubs ex-teammates reflect on his career: ‘He made it look easy’

Fergie Jenkins already has his 10-minute speech prepared well ahead of his monumental recognition. Jenkins joked he will try not to bore anyone but hopes to enlighten people about his baseball journey and thank those who helped him along the way. When Jenkins’ statue is unveiled Friday morning, it will join those of former teammates […]

Kiszla: Eye for an eye? Avalanche’s best revenge for Nashvegas goonery is 7-3 victory.

NASHVILLE — The Avalanche’s quest for the Stanley Cup won’t get derailed by Nashvegas, so long as a stooge in a Predators sweater doesn’t gouge somebody’s eye out. Colorado lost goalie Darcy Kuemper on Saturday to the dangerously reckless mayhem committed by Nashville knucklehead Ryan Johansen, but emerged from this NHL playoff game with a […]