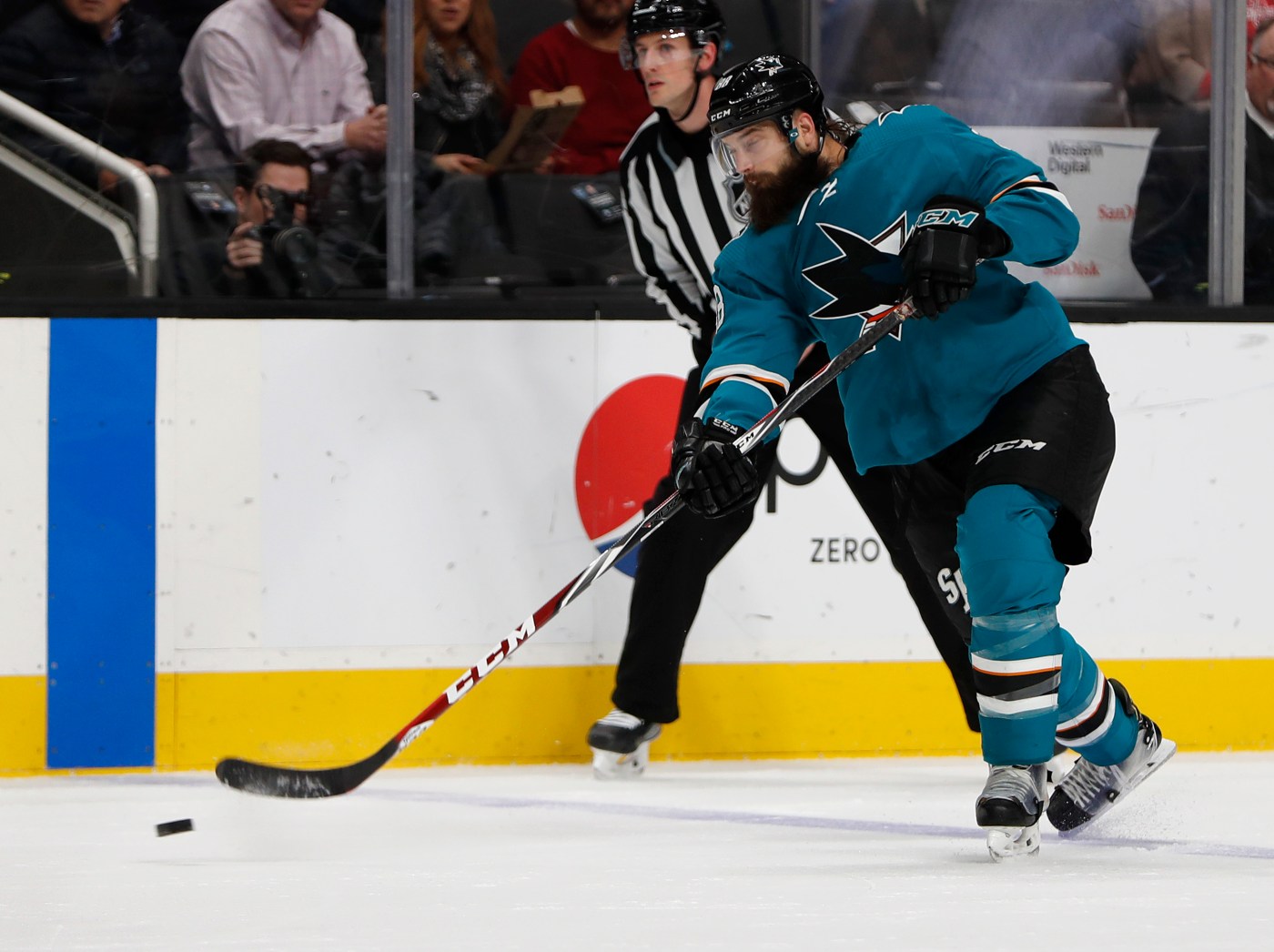 Brent Burns is in the dressing room. The #SJSharks broadcasters wonder if it’s from this hit by #GoStars Hintz pic.twitter.com/B8nP46oxQz

SAN JOSE — Sharks’ defenseman Brent Burns had to leave Saturday’s game with the Dallas Stars midway through the second period.

Burns left the game with 10:22 left in the second period shortly after he took a hit from Stars forward Roope Hintz.

Burns had just taken the puck from defense partner Brenden Dillon in the neutral zone and fired it toward Timo Meier when Hintz closed on him. Hintz’s leg then appeared to hit Burns’ leg on the play. Burns then went to the Sharks’ dressing room did not play the rest of the second period, and did not return to the bench for the start of the third period.

Burns and Patrick Marleau both scored for the Sharks on Saturday as they took a 2-1 lead after 40 minutes. Burns’ goal came at the 15:33 mark of the first period, as he redirected a pass from Meier past Dallas goalie Anton Khudobin for his ninth goal of the season.

Burns, the 2017 Norris Trophy winner, came into Saturday with 30 points in 46 games. He was averaging 24 minutes and 59 seconds per game.

Please check back for updates

Noah Fant declared for the NFL Draft on Nov. 30, 2018. “It feels like five years ago, how long our year was,” he laughed during a phone interview Thursday from Los Angeles. It was a long year for Fant, who went from the pre-draft process straight into the Broncos’ rookie camp once he was selected […]

Less than a year after his dismissal from the Colorado Rapids, Anthony Hudson has been selected to take over U.S. Soccer’s Under-20 team, a source has confirmed. Hudson replaces Tab Ramos, who was hired this offseason to manage the Houston Dynamo. Ramos was a candidate to replace Hudson in Colorado this summer, but the Rapids […]