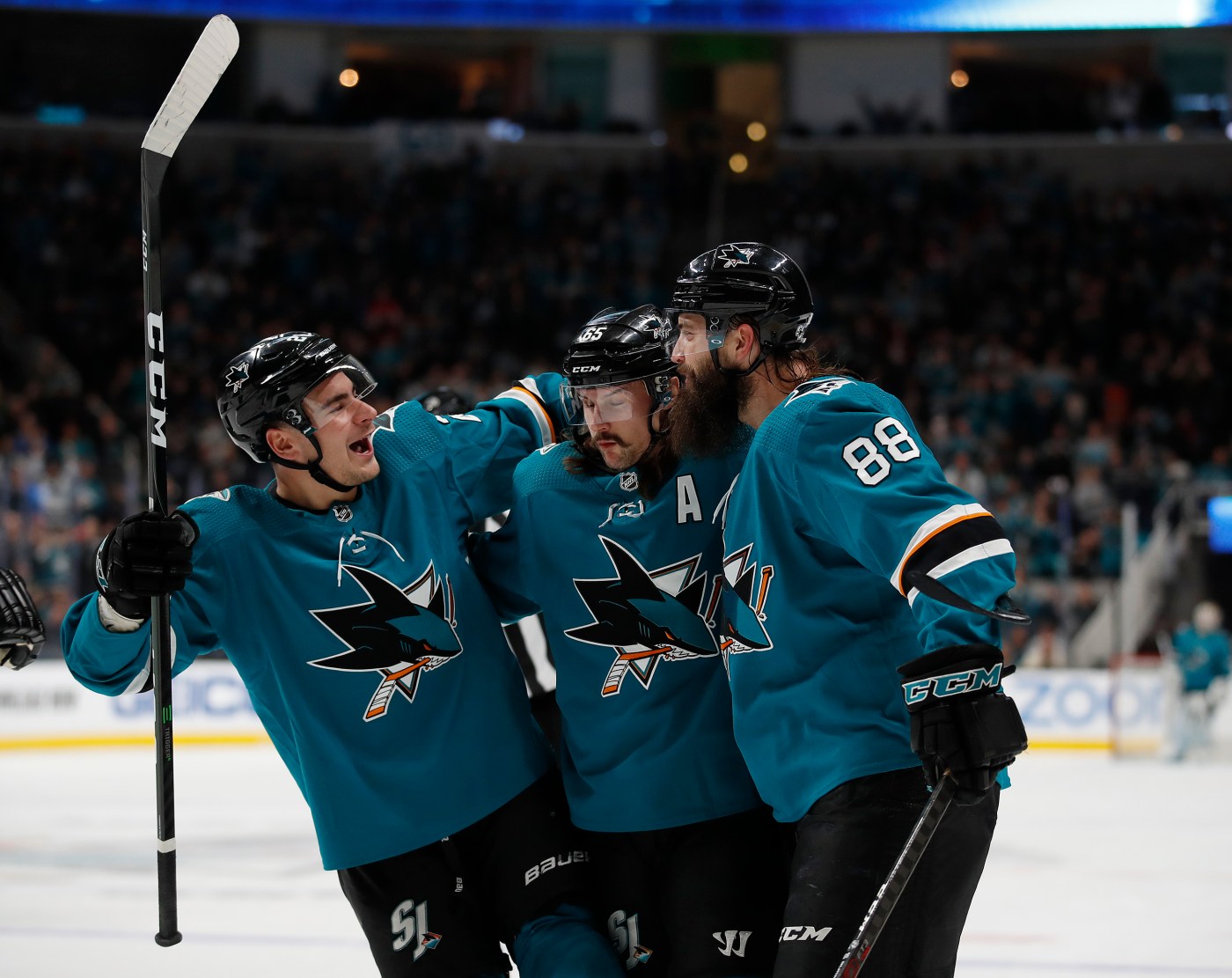 SAN JOSE — The Sharks have three games left — all on the road — before they begin a bye week. They have Arizona on Tuesday, Colorado on Thursday and Vancouver next Saturday — all teams presently in a playoff spot in the Western Conference.

Interim coach Bob Boughner doesn’t want to look too far ahead, but he will likely want to start Martin Jones in net for at least one of those games, just to keep him fresh before the Sharks enjoy some days off between Jan. 19-25.

But an argument can be made that as long as Aaron Dell continues to play this way, perhaps he shouldn’t leave the crease.

Dell was once again solid in net for the Sharks on Saturday, making 27 saves, including 11 in the third period, to lead his team to a 2-1 win over the Dallas Stars at SAP Center.

Brent Burns and Patrick Marleau both scored as the Sharks improved to 5-2-2 since the Christmas break and moved to within six points of a playoff spot, although several of the teams they are chasing have games in hand.

Dell is now 4-1-0 this month, allowing just nine goals in the process, and has a .939 save percentage and a 1.79 goals against average.

“I feel like I’m getting better every outing,” Dell said. “I think we’re getting more confidence as a team. We’re starting to do the little things more consistently throughout the game, and those are the ones you have to close out to be a contender in this league.

“I think that was one of our best all-around games all year.”

To be fair, Jones had also been playing well in his recent starts, allowing just one goal in games against Philadelphia and Detroit. He was part of a team-wide meltdown Jan. 5 when the Sharks lost a two-goal lead in the final minute of regulation time before losing 5-4 to the Washington Capitals in overtime.

He definitely helped preserve the two points against the Stars, coming up with big third period saves on Andrew Cogliano and Joel Kiviranta to help the Sharks maintain a one-goal lead.

Dell was one better than Stars goalie Anton Khudobin, who stopped 24 of 26 shots.

“Amazing. You see at least two if not three, that I can think of, game-changing saves that he made tonight,” Boughner said. “You hear the crowd, you hear the excitement in the building and enthusiasm. The players definitely feed off that. There’s going to be breakdowns in a game. (Khudobin) made a few big stops as well.

“You need those saves throughout the 60 …read more

Jack Dempsey, The Associated PressColorado Avalanche center Nathan MacKinnon skates against the St. Louis Blues during the third period of an NHL hockey game, Thursday, Jan. 2, 2020, in Denver Nathan MacKinnon played in his 500th career NHL game and has amassed quite the résumé over his seven seasons in the league, yet he doesn’t […]

Good luck finding any team in the country that notches a better pair of road wins in the same week than Baylor, which followed up a victory at Texas Tech by invading Allen Fieldhouse and thumping Kansas on its home floor. As a result? The Bears leapfrogged the Jayhawks and Duke into the second spot […]