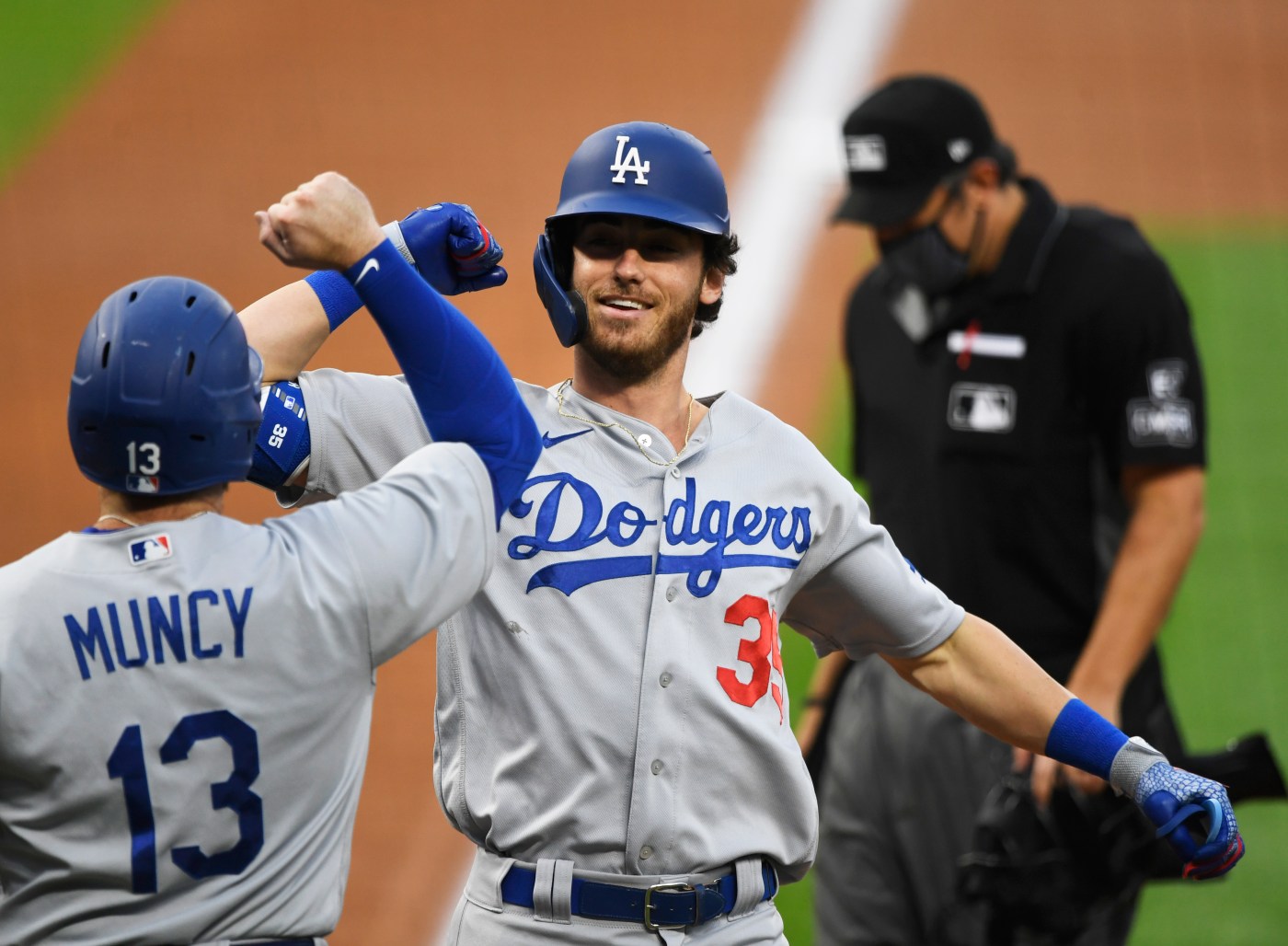 After all, the Dodgers have won eight consecutive National League West titles, during which time their record against Colorado is 89-55. The Dodgers are in the National League Championship Series for the fourth time in five years and are the favorite to win the World Series.

Since Rocktober 2007, the Rockies have won two playoff games. They took one game from the Phillies in the 2009 NLDS and beat the Cubs in the 2018 wild-card game.

Actually, hate is probably the wrong word. Envy is a more apt description of how local fans feel about the Big Blue Machine from Los Angeles.

But the truth is, the Dodgers are a smart, well-run organization with incredible depth. No team in the majors continues to win at such a high rate while producing quality young talent like L.A. Consider the young players who helped propel the Dodgers this season: right-handers Dustin May, Tony Gonsolin and Dennis Santana and infielder Edwin Ríos.

The Rockies consider themselves a “draft-and-develop” organization, but the Dodgers do that, too, and their window to win is always open. L.A.’s NLDS roster featured 14 players who signed and were developed by the organization. That group includes stars such as former first-round pitchers Clayton Kershaw (2006), Walker Buehler (2015) and infielder Corey Seager (2012), as well as fourth-round pick Cody Bellinger.

Catcher Will Smith, the hero of L.A.’s series-clinching Game 3 win over San Diego Thursday night, was a first-round pick in 2015. Smith was the 32nd overall player selected and is now on the verge of stardom. By comparison, Rockies infielder Brendan Rodgers was the third overall player selected in 2015 and fans are still waiting for him to make an impact.

Buehler, the 24th overall pick in 2015, started the first game of the NLDS. Meanwhile, Rockies lefty prospect Riley Pint, the third overall pick of the 2016 draft, has yet to pitch above low Class-A Asheville.

The Dodgers have also made good on a series of international signings, including the acquisition of pitchers Kenley Janson, Julio Urias and Victor Gonzalez.

Beyond finding talent and building depth, L.A. has been creative and flexible with its wealth of talent. Consider the case of Bellinger, the 2019 NL MVP. Bellinger arrived in the majors as a good first baseman and the Dodgers could have kept him there. But the Dodgers loved Bellinger’s athleticism, so they moved him to the outfield, where he won a Gold Glove last season.

Wednesday night, Bellinger made a spectacular catch at the center-field wall at Globe Life Field to rob the Padres’ Fernando Tatis Jr. of a potential go-ahead home run in the seventh inning of the Dodgers’ 6-5 win in Game 2 of the NLDS. The big bonus from the Dodgers’ decision to move Bellinger to the outfield was that it enabled them to play cleanup hitter Max Muncy …read more

Pittsburgh second-year inside linebacker Devin Bush sustained what coach Mike Tomlin called a “significant knee injury” in Pittsburgh’s 38-7 rout of the Browns on Sunday. Giants coach Joe Judge said receiver C.J. Board has movement in his limbs after suffering a concussion and neck injury in the team’s 20-19 win over Washington. Bush, who had […]

SEATTLE — Not that he needed to provide the endorsement, but in the midst of talking about his start of the season, DK Metcalf threw his support behind a growing candidacy. “Russ for MVP, 2020,” Metcalf proclaimed. He’s of course speaking of Russell Wilson, the quarterback for the Seattle Seahawks and one of the clear […]

NFL will be cautious with players, coaches who have symptoms

The NFL plans to take a cautious approach that may force players and coaches reporting flu symptoms to miss games without testing positive for COVID-19. Dr. Allen Sills, the league’s chief medical officer, made it clear in a conference call Thursday that one negative test is not going to be enough to clear someone with […]