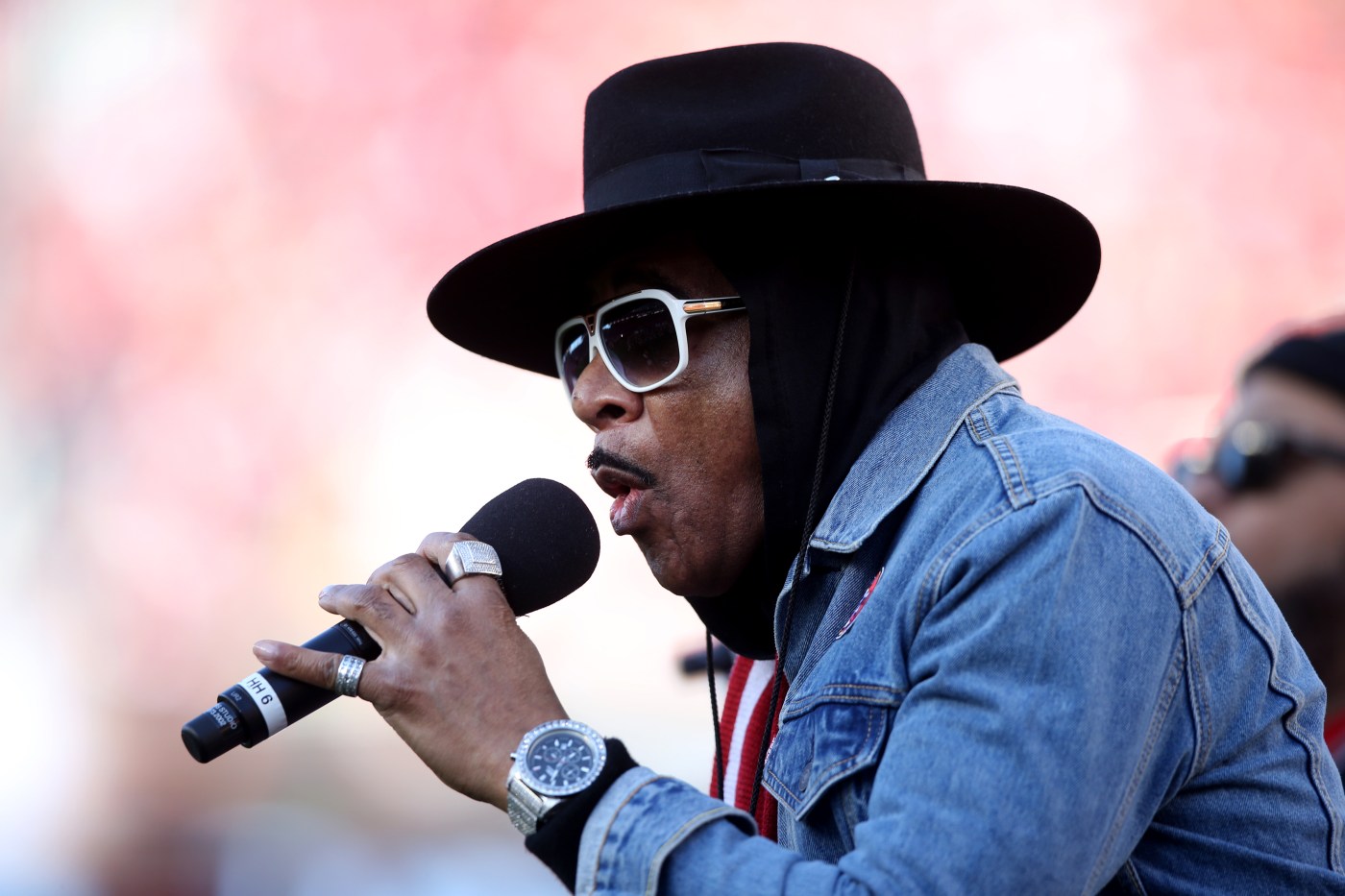 And organizers sure provided a fun soundtrack for them to do just that as three iconic hip-hop acts performed during the halftime show.

With the home team leading 14-10, the mighty Young MC took the stage first and rocked right into his sole top 10 hit “Bust a Move.” The 49er Faithful certainly didn’t have to be told twice, as the fans began busting moves that probably haven’t been seen since the smash song originally came out in 1989.

Some of the best dance moves came courtesy of Sourdough Sam, the 49ers mascot who joined the 52-year-old rapper the makeshift stage erected at one end of the 50 yard line, and the Gold Rush Cheerleaders who danced in front the stage.

After “Bust a Move, ” at tune which won the 1990 Grammy for best rap performance and remained in the Top 40 for 20 weeks, Young MC left the stage and Tone Loc took his spot.

While Young MC sounded fairly strong on the microphone, Tone Loc didn’t fair nearly as well, struggling through abbreviated versions of his two big hits — “Wild Thing” and “Funk Cold Medina.” It was a wise move — especially in this #MeToo era — for him to perform a very abbreviated version of “Medina” given that the song’s content revolves around slipping some kind of a “love potion” into the drinks of unsuspecting females.

Last up was the Sugarhill gang, who delivered the absolute highlight of the halftime show and convincingly transported us back to 1979 for a great version of the “Rapper’s Delight,” which became the first rap single to hit the Top 40 on Billboard.

Broncos Analysis: The timing of Scangarello’s firing and what Shurmur’s offense looks like

Thirteen thoughts on the Broncos’ offensive coordinator position, formerly held by Rich Scangarello, who is expected to be replaced by Pat Shurmur: 1. Was Scangarello a scapegoat? No, that would be firing a position coach and so far, they all remain on the Broncos’ masthead. Did Scangarello get a fair shot to grow into the […]

SANTA CLARA, Calif. — Richard Sherman anticipated the route for an interception and then watched the San Francisco 49ers run eight straight times for the touchdown that put them in control of their first playoff game in six years. The dominant defense and powerful running game that carried the Niners to an 8-0 start this […]