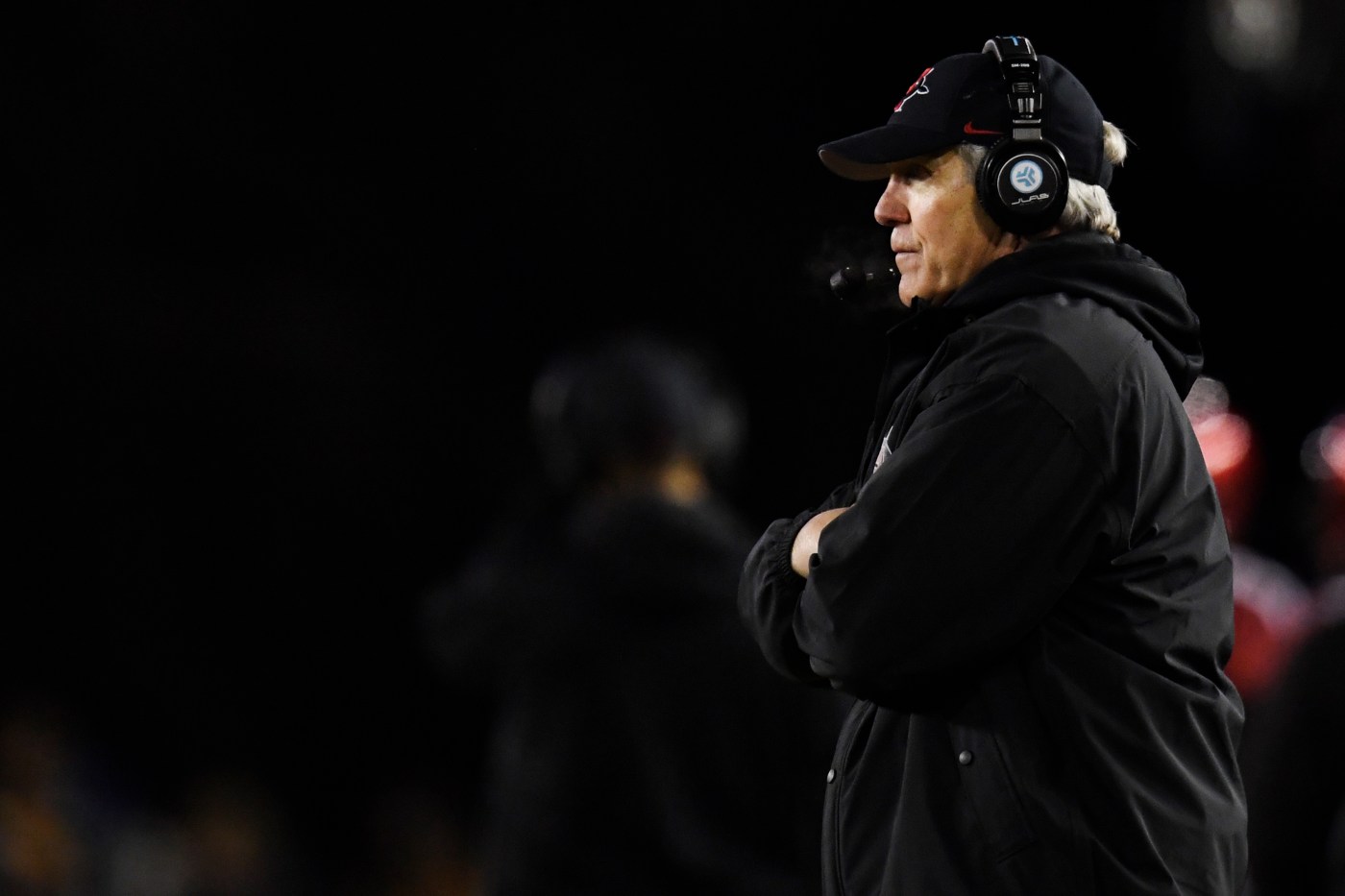 The person spoke with The Associated Press on condition of anonymity because the move hadn’t been announced. The school has scheduled a news conference for 2 p.m. PST to make what it said was a major announcement.

The Aztecs were 10-3 last season, capped by a 48-11 victory over Central Michigan in the New Mexico Bowl.

Many observers expect Brady Hoke, a former head coach at Ball State, SDSU and Michigan, to replace Long, although the person who spoke with the AP said that wasn’t a certainty.

Hoke hired Long as his defensive coordinator at SDSU in 2009. Long replaced Hoke as head coach after he took the Michigan job before the 2011 season. Hoke was fired after four seasons at Michigan and returned to SDSU last fall as defensive line coach.

Long was 81-38 and took the Aztecs to a bowl game in all nine seasons. That extended the school-record streak to 10 after Hoke took them to the Poinsettia Bowl in 2010.

SDSU issued a statement saying Long was simply visiting other schools to talk about his 3-3-5 defensive schemes and to solicit ideas he could implement.

Delay of game: National title on hold amidst 2-week wait

GREEN BAY, Wis. — Marshawn Lynch muscled his way into the end zone for two more postseason touchdowns for the Seattle Seahawks, capping an unexpected bonus chapter at what could have, this time, been the end of his NFL career. In Lynch’s typical do-it-his-own-way fashion, after Seattle was ousted in the divisional round by Green […]

UNIONDALE, N.Y. — On Monday night exactly five years earlier, then-Avalanche goalie Semyon Varlamov stopped 54 shots in a 2-0 win at Chicago, setting an NHL record for most saves in a road shutout. Varlamov, now with the New York Islanders, wasn’t as spectacular on that five-year anniversary, and he wasn’t playing on the road. […]

So much for a Sunday hangover. The Nuggets flushed their disappointing loss Saturday night and bounced back with an impressive 114-104 victory at the Pepsi Center against the Los Angeles Clippers, one of the presumed title favorites heading into the season. Buoyed by Nikola Jokic’s monster game, Denver improved to 27-12. On the second night […]