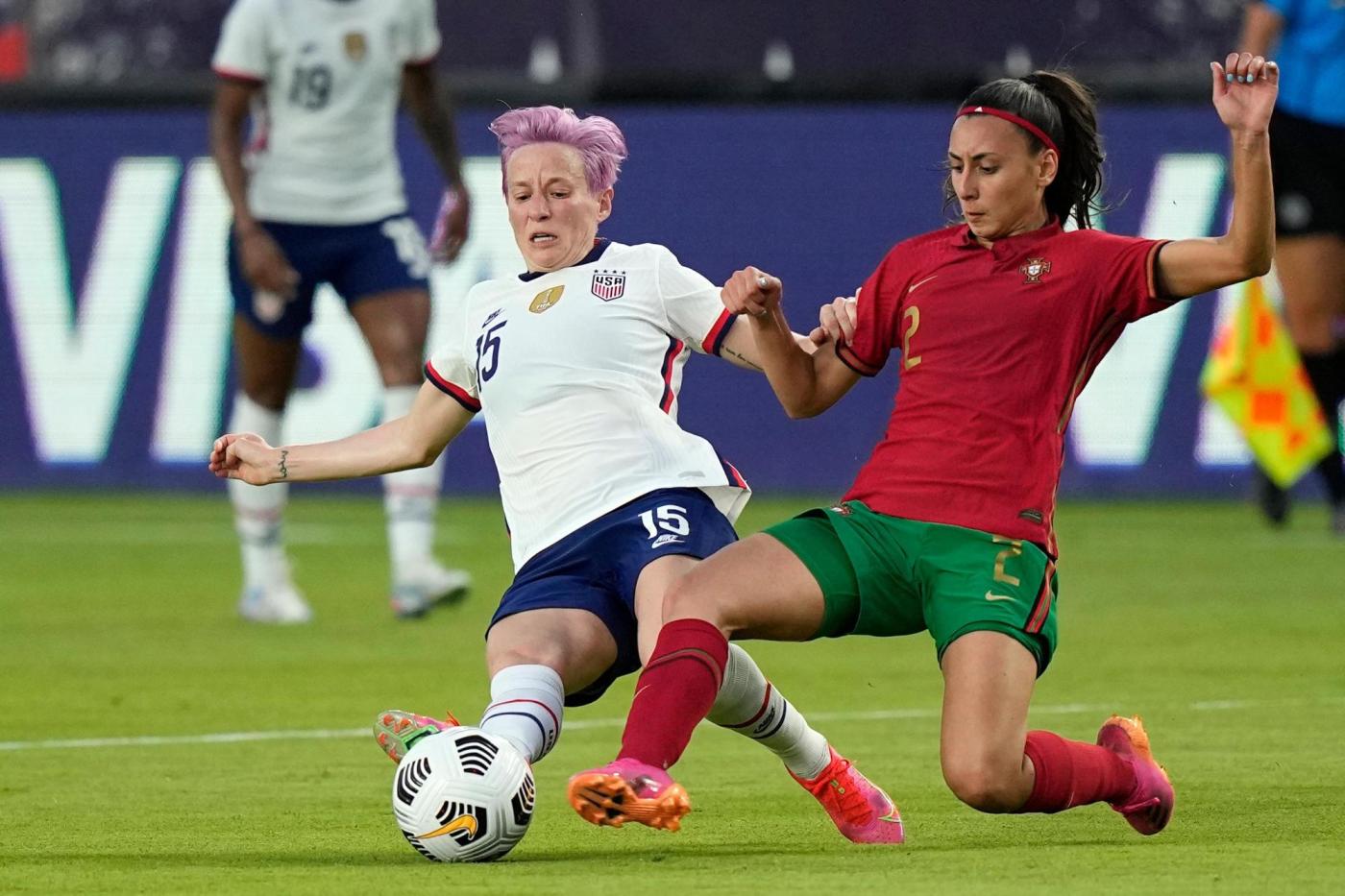 HOUSTON — Sam Mewis scored in the 76th minute and the U.S. national team beat Portugal 1-0 in the Summer Series on Thursday night.

The U.S. women are undefeated in 40 straight matches, the third longest streak in team history. The team is undefeated in 54 games on American soil.

The Americans are using their three exhibition matches in the Summer Series to help prepare for Tokyo Olympics.

“We’ve faced all different types of opponents in preparation for this Olympics and I think the style of play that we went up against tonight is something we absolutely could see,” Christen Press said. “I think also just going into the half scoreless and having to push for a goal, it starts to feel as you get closer to the Olympics that these are the types of experiences that we really want to have and want to succeed in.”

The starting lineup Thursday included nine players who started in the World Cup final. Julie Ertz and Tobin Heath were not available because of injury.

The Americans were surprisingly scoreless until Mewis broke through with her header. It was her 22nd international goal.

“I definitely think we have higher expectations. I personally didn’t really get enough of my shots on target,” Mewis said. “I think all of us know that we can be a little bit more clinical in and around the box, and just with our decisions in the final third and executing those shots or chances on goal.”

Press served Mewis the ball on a corner for her 40th assist, becoming the 14th U.S. player with 100 combined goals and assists for her career

Keeler: Ethan Horvath’s cool head in the CONCACAF Nations League final was born in the Colorado snow. And his save will live forever in history of U.S.-Mexico rivalry.

WATCH: Colorado’s Ethan Horvath “with the save of his life” for the U.S. against Mexico at CONCACAF Nations League championship

Rockies’ southpaw Austin Gomber pitched only two innings on Saturday before exiting with “left forearm tightness” against the Brewers. Colorado initially withstood his unexpected absence. But closer Tyler Kinley gave up a two-run homer in the ninth that snapped the Rockies’ five-game winning streak at Coors Field. Their 6-5 loss added insult to injury as […]

Goalkeeping and defense lead Rapids to another shutout win

The Colorado Rapids played spoiler to the first-ever full capacity crowd at TQL Stadium on Saturday night, defeating FC Cincinnati 2-0. Cincinnati has now dropped their first four games at the brand new stadium. And the Rapids won utilizing a formation that hasn’t had much success this season. The first and only time they deployed […]

The Nuggets are getting close, but they’re not there yet. With a foundation around Nikola Jokic set, where do the Nuggets go from here? Welcome to our offseason roundtable, with Nuggets beat writer Mike Singer, deputy sports editor Matt Schubert and columnist Mark Kiszla answer six pressing questions facing the franchise. What did you learn […]