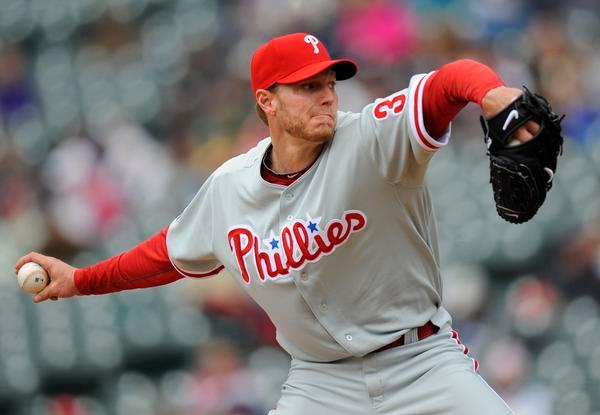 The late Roy Halladay, widely considered the greatest professional baseball player the state of Colorado has ever produced, will be featured in an upcoming ESPN documentary.

“Imperfect: The Roy Halladay Story” is set to air May 29 at 5 p.m. on ESPN as an “E60” feature. Per the trailer, the documentary examines Halladay’s dominance on the diamond as one of the most accomplished right-handed pitchers of his generation, as well as his struggles with substance abuse off of it.

Halladay, who led Arvada West to a state title in 1994 before being drafted No. 17 overall by the Blue Jays, is one of six pitchers to win a Cy Young Award in both leagues. He threw a perfect game and a playoff no-hitter in 2010, and last year became the second Coloradan to be enshrined in the National Baseball Hall of Fame, joining reliever Goose Gossage.

“There’s few pitchers that you can think about that you have this supreme respect for,” Alex Rodriguez said in the trailer. “He was the epitome of what a perfect pitcher should look like.”

The eight-time all-star died in 2017 at the age of 40 after crashing his plane in Tampa Bay. A report issued by the National Transportation Safety Board in April revealed that “Doc” had high-levels of amphetamines in his system and was doing extreme acrobatics when he crashed.

“He was tormented — his body was dependent on these medications just to function,” his wife, Brandy Halladay, said in the trailer. “A.D.D., depression, anxiety, paranoia… Roy had a lot of demons he was trying to work on all at the same time.”

WILLIAMSPORT, Pa. — Little League is offering youth baseball organizations a pathway forward as they eye a restart amid the COVID-19 pandemic. The organization released a series of “best practices” guidelines this week that highlight how to create a safe playing environment whenever state and local authorities give youth sports in a given area the […]

The Hardrock 100 ultrarun has been canceled for a second straight year, becoming the latest endurance sporting event in Colorado to be scrapped over health concerns from the coronavirus pandemic. The race’s board of directors announced the decision publicly on Saturday. It’s the fourth time the run has been canceled since it debuted in 1992. […]

Former Broncos wide receiver Cody Latimer is accused of firing shots and striking a friend on the head with a handgun after an argument during a poker game, according to a Douglas County Sheriff’s Office arrest affidavit. Provided by Douglas County Sheriff’s OfficeCody Latimer. Latimer, 27, was arrested Saturday for investigation of second-degree assault, menacing, […]