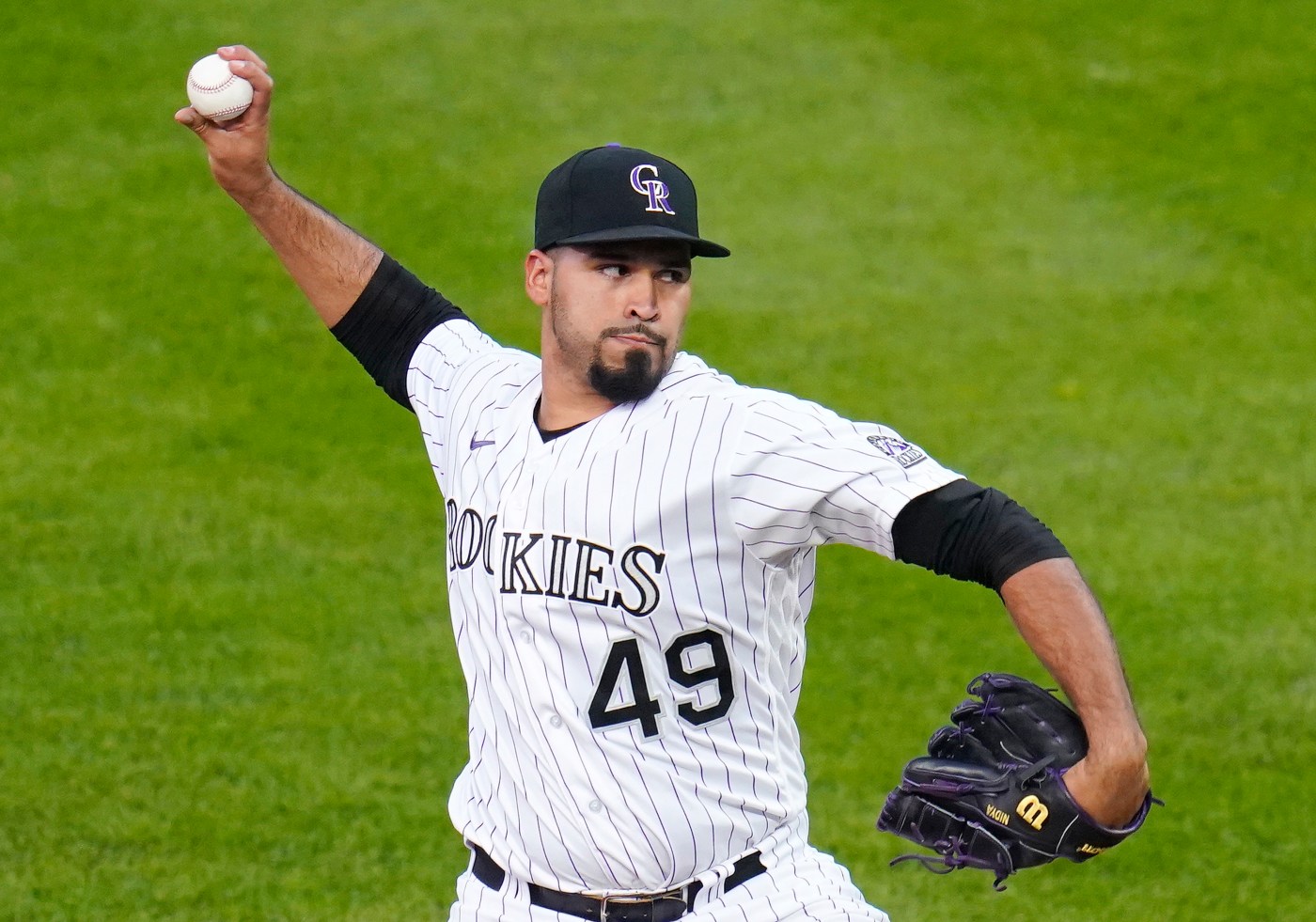 But the Rockies, clinging to their faint playoff hopes, desperately needed a win over Oakland Tuesday night at Coors Field. They got it, beating the A’s 3-1 behind a masterful, complete-game performance by Antonio Senzatela.

The right-hander pitched the game of his career, and notched his first complete game, just when his team needed it the most. The last Rockies pitcher to throw a complete game was German Marquez, Senzatela’s close friend, who did so April 24, 2019 at San Francisco.

With 13 games remaining in the truncated 60-game season, Colorado is 22-25 and in ninth place in the chase for the National League’s eighth and final postseason berth.

Senzatela, scattered six hits, struck out three and walked just one. His most important number was 15. That’s how many outs via groundballs Senzatela induced. That shouldn’t come as shock. Since his debut in 2017, Senzatela’s 50.5 ground-ball percentage ranks third in the National League (minimum 400 innings pitched).

Senzatela was backed up by some excellent defense, particularly from second baseman Garrett Hampson. In the seventh, Hampson’s 24-karat play was the highlight of the game. Hampson dove and snarred Jonah Heim’s hot grounder and flipped it out of his glove to shortstop Trevor Story to start the double play.

Colorado has been searching high and low for big hits and they finally found one from an unlikely source. Catcher Elias Diaz, getting just his eighth start of the season, ripped a two-run home run to left in the fifth off of Sean Manaea’s 2-1 curveball. He drove in Josh Fuentes, who led off with a single.

Diaz’s homer was not only his first of the season it was the first dinger by a Rockies catcher this season. Coming into the game, Colorado was the only team in the majors to not have at least one home run hit by a player at each position.

Rockies Nolan Arenado: “If we don’t make the playoffs, that’s not a very good sign”

Rockies’ Josh Fuentes, out of the shadows, making most of big-league chance

Fuentes, who has supplanted Daniel Murphy as the everyday first baseman, continues to be an impact player. His sacrifice fly to left drove in Nolan Arenado to boost Colorado’s lead to 3-1 in the sixth.

Rockies manager Bud Black has no intention of moving Nolan Arenado out of the heart of the order. Yes, Arenado’s left shoulder is aching and he was batting just .256, with a .751 OPS (well below his career mark of .891) entering Friday night’s game against the Dodgers at Coors Field. But Black hit Arenado […]

Grading the Week: Broncos fans don’t have Garett Bolles to kick around anymore (or at least until Sunday)

It’s a Saturday morning in September, and one day from now we’ll have a Broncos game in Pittsburgh followed a few hours later by a Nuggets playoff game against the Lakers in Florida. This is the weird we’re here for, 2020. More of this, less of all that natural disaster/public health emergency/social unrest stuff. Garett […]

Let me introduce you to Mr. 268, whose heart is about to break. The awesome power of Broncomania gave super fan Miles Power his wife, not mention one sweet life. He drives a $90,000 Tesla, custom painted blue, with orange trim. He gets hugs from a daughter named in honor of Champ Bailey. He will […]