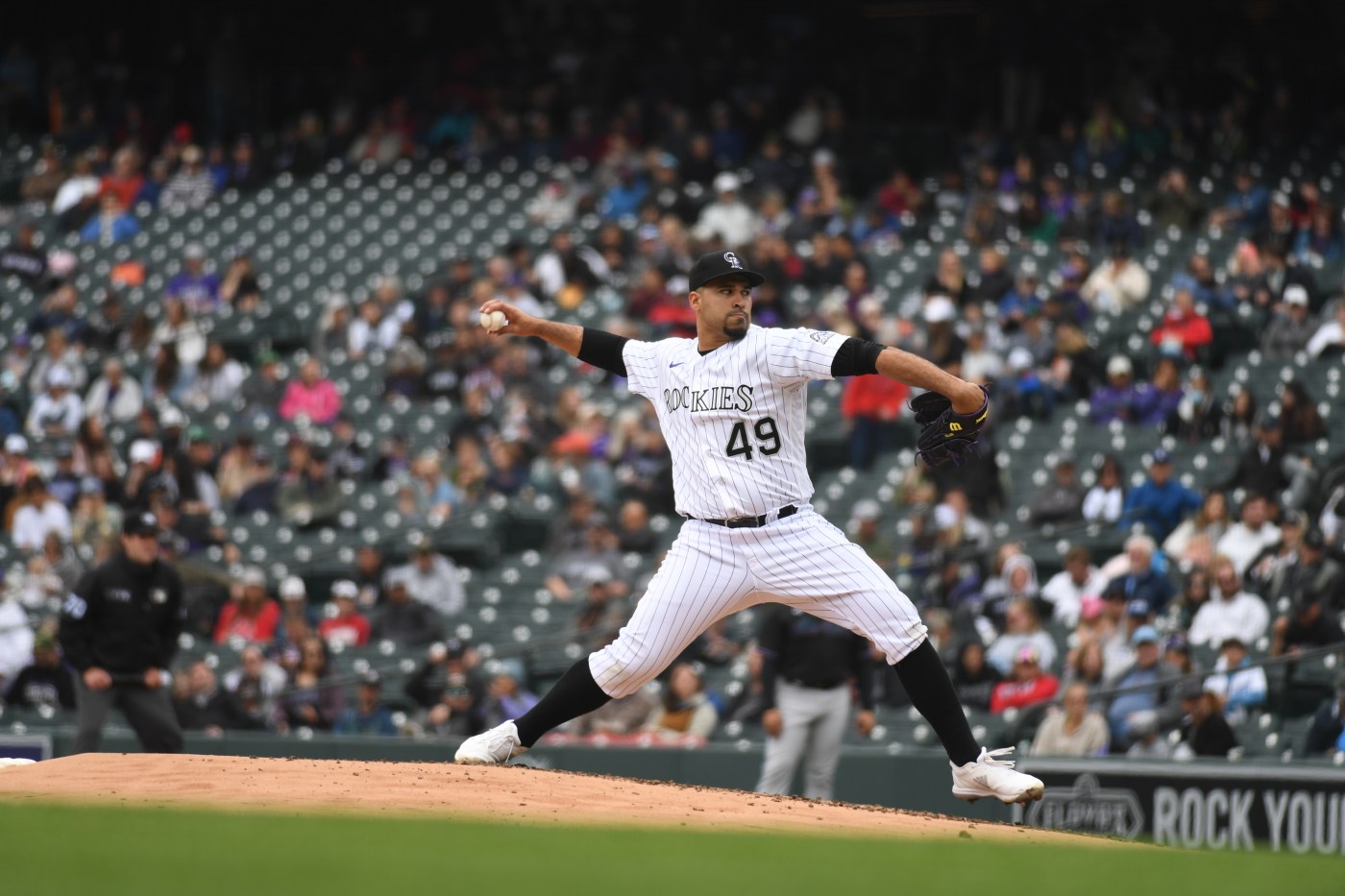 When Antonio Senzatela first felt the pang, he thought it was his left hamstring barking at him.

It was only after Senzatela dropped to the ground on August 18th amid a start at St. Louis that he knew it was his knee. And he only learned the magnitude of the injury after reading the face of longtime Rockies trainer Keith Dugger, who had the unfortunate job of informing Senzatela that he’d torn his left ACL.

Even then Senzatela didn’t know the implications of such an injury.

Initially, he thought he might be able to return in 2-3 weeks. That optimism drained when he learned that his target return would be sometime next season, after a six-to-eight month recovery. At this point, barely a month since the injury, he can’t even play catch. In fact, the right-hander is still prohibited from doing any baseball activities with his lower body.

That hasn’t lessened his optimism, though.

Credit Senzatela, too, for not being too pessimistic about his situation.

The truth is that his torn ACL – sustained on a fluke play while running toward first base – was the final note on a tough year for him physically. Despite an offseason dedicated to maintaining his health, he was hampered by a spate of injuries, initially to his shoulder and back.

Dolphins’ Tua Tagovailoa taken away in stretcher with head, neck injuries vs. Bengals

Miami Dolphins quarterback Tua Tagovailoa was taken off the field in a stretcher in the second quarter of his team’s Thursday night game at the Cincinnati Bengals at Paycor Stadium. The third-year quarterback was quickly ruled out for the remainder of the game with head and neck injuries. The Amazon Prime Video broadcast reported that […]

Kiszla: Broncos’ old-fashioned hate of Raiders is out of fashion in woke, hypocritical NFL

Do we love football more when the NFL pumps up the volume on old-school hate and jacked-up violence? Tell me the truth, Broncos Country. As we gather in the church of football on this fine Sunday of Raiders week, are you frothing at the mouth like Denver linebacker Bradley Chubb, or preaching kumbaya like coach […]

‘Not acceptable. That’s not baseball. It was terrible.’ Chicago White Sox out of AL Central contention after going 0-6 during homestand.

It was a homestand to forget for the Chicago White Sox. Six games. Six losses. And to top it off, the team’s pursuit of the AL Central title is officially over after Sunday’s 4-1 loss to the Detroit Tigers in front of 33,549 at Guaranteed Rate Field. The Cleveland Guardians, who began the Sox’s slide […]