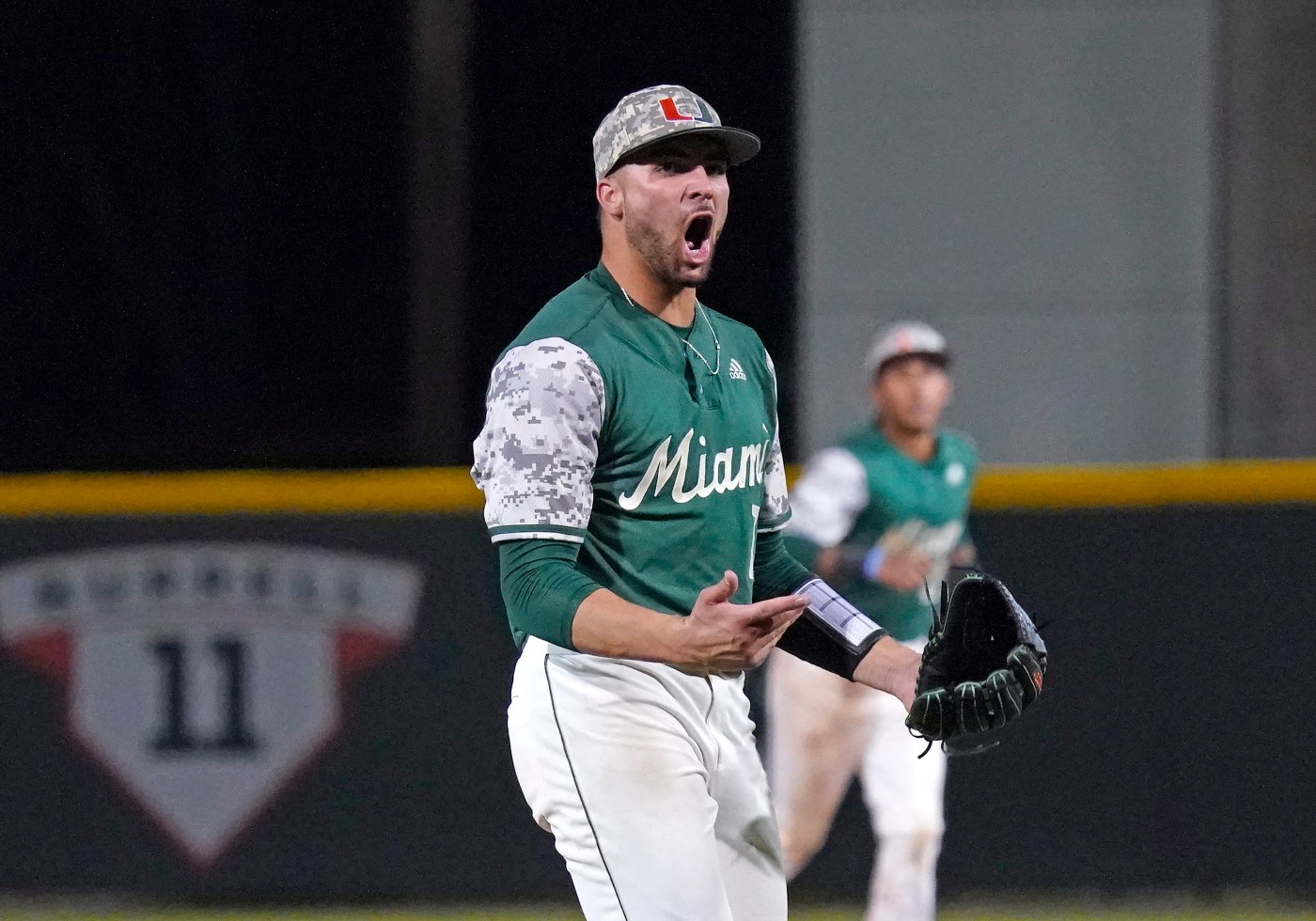 The Rockies signed second-round pick Chris McMahon on Friday as well as other two other undrafted players.

With a fastball that can reach 98 mph, the 6-2, 200-pound McMahon also has a changeup, a cutter and a slider. He was 7-3 with a 3.28 ERA and 123 strikeouts to 37 walks in three seasons for the Hurricanes, and also starred for Team USA’s collegiate squad last summer.

McMahon, 21, is eager to prove his slide into the second round — he was Baseball America’s 30th-ranked prospect heading into the draft — will be a steal for Colorado.

“(I will) show (other teams) that I didn’t deserve to slide,” he said after the draft. “I plan on doing that.”

Colorado also agreed to terms with catcher Luke Leisenring (University of South Carolina/Aiken) and left-handed reliever Tanner Propst (Delta State University). Per MLB rules on undrafted signings this year, both players could sign for no more than $20,000.

Leisenring is a Colorado product, having played at Ralston Valley. The 6-4, 200-pounder hit .311 with 62 runs scored, 10 home runs and 41 RBIs across two seasons at USC Aiken after playing his freshman year at Arizona State.

Colorado has now signed five of its six draft picks this year, including agreeing to terms on Wednesday on a $5 million signing bonus for first-round pick Zac Veen. Left to be signed is Texas high school switch-hitting catcher Drew Romo, who was taken in Competitive Balance Round A with the No. 35 overall pick. Romo was the starter on the United States’ 18-and-under national team the last two seasons and is committed to LSU.

On this date, 1963: Marichal outduels Spahn in 16-inning showdown

(EDITOR’S NOTE: This story was originally published in 2013 on the 50th anniversary of Juan Marichal’s historical showdown with Warren Spahn.) By DANIEL BROWN, Mercury News SAN FRANCISCO — Tell today’s starting pitchers there was a time when strikes were balls, fair was foul and safe was out, and those things will sound just as […]

Four organizations have been awarded a total of $1.37 million by the NFL to support the creation of their helmet prototypes. As part of the NFL Helmet Challenge, a contest with an additional prize of $1 million, receiving grants will be Impressio Inc. and CU Denver; Xenith Project Orbit; Kollide; and the University of Virginia. […]